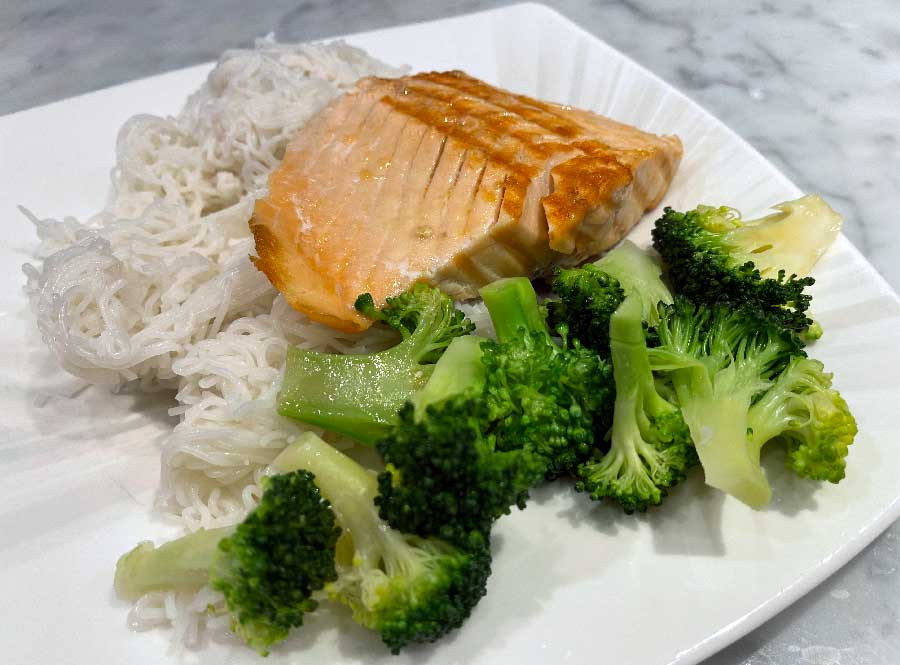 These two have been my life savers so many times that I can talk about them for hours. OK, maybe not for hours, but I have a lot to say. As a busy mom with kids, husband, and expanding career, I can really appreciate every chance I get not to cook. Uber Eats and Grubhub are two of those chances for me to stay away from the kitchen and instead play with kids, garden a little, read, or watch a movie with my husband. See what I’m saying?

My experience with both companies is very recent – I ordered from Uber Eats last week and just got a delivery from Grubhub today. It’s very nice to be able to compare them side by side and decide if one is better than the other, which is not really the case for me as I like them both about the same. Let’s see why.

Both companies cover similar area for me as I live in a busy Atlanta suburb with many tasty options. There are slight differences though as Uber Eats and Grubhub partner with different restaurants and make different deals. Uber Eats, for example, doesn’t service our favorite Thai food restaurant, while Grubhub just started including it in its radius of service. One major point for Grubhub here for sure!

The apps of Uber Eats and Grubhub work about the same way. Uber Eats might have a slight advantage there because this branch of business was established on already reputable Uber service, which had the needed software to track the driver’s progress. Grubhub was founded in 2004, while Uber Eats came to the scene at 2014, but again, it caught up pretty fast thanks to the original Uber.

You have to create an app for both services. It takes just a few minutes and requires your basic information, such as name, address, and phone number. Apple Pay is readily available, but you can also pay with Paypal and credit cards. I don’t think payment information has to be entered upon signing up.

Both services offer their monthly passes, which both cost $9.99 and include unlimited free delivery and extra perks. Uber Eats offers free first month and requires a minimum of $15 order for free deliveries. Grubhub is not advertising a free moth, but it also doesn’t say anything about minimum order requirement. I don’t have a pass from either, but seriously consider getting one because some deliveries can cost $12.99 a pop, so $9.99 per month is not that bad.

Both apps allow you to re-order from your history, making it very convenient. You can also see restaurants that are rated high by your neighbors, choose what you like based on speed of service, cuisine, and dietary needs. You can also look up restaurants by name. Restaurant choosing methods and search tools are very similar on both apps.

Now let’s get to the important part – the prices, the fees, and the speed of delivery.

I ordered Thai food from both Uber Eats and Grubhub, but from different restaurants. The time of the order was also very similar and the price almost identical. 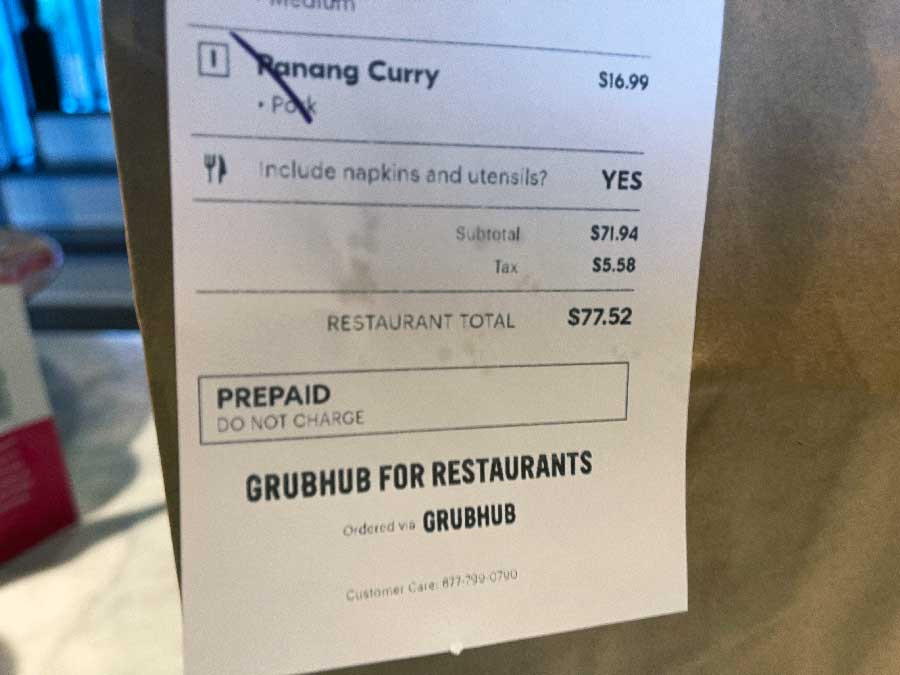 I am not sure why I selected different tip, but I think I chose preselected option for Uber Eats and wrote a custom number on Grubhub. Both apps offer custom tip options.

Overall, the fees are almost the same. There are restaurants that offer free or $0.99 delivery on Grubhub too. It just wasn’t my requirement this time. 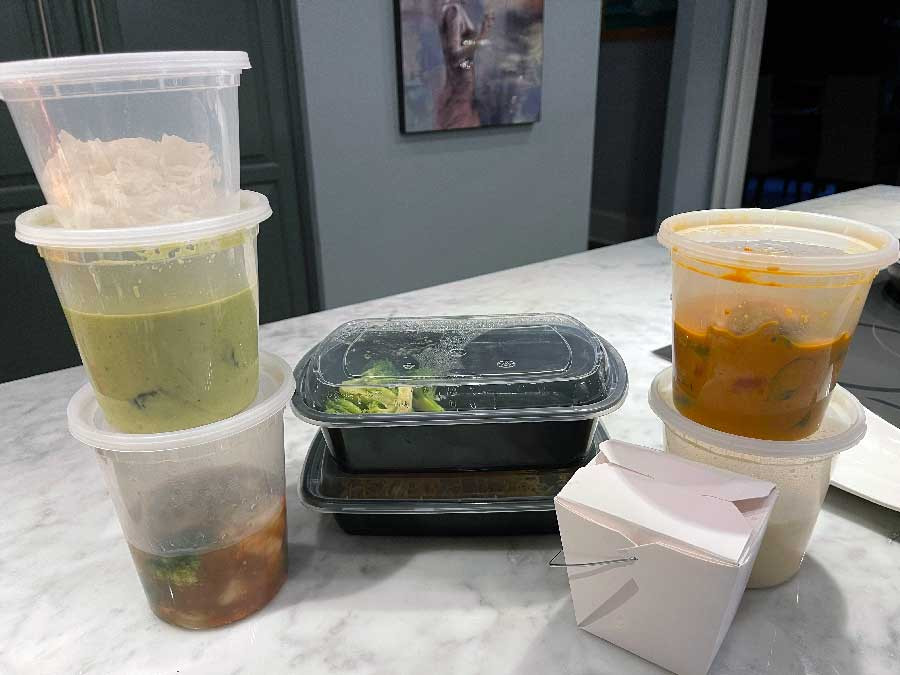 Both services communicated via text messages and the food arrived faster than estimated. Grubhub’s delivery took about 30 minutes from start to end, and Uber Eats came in about 40. I was very happy with the speed of both. Food was fresh and hot, making my non-cooking dream fulfilled to perfection.

I will continue to order from both in the future as they are truly very similar. GrubHub wins just by a little simply because it can bring food from M Thai Street Food restaurant, which is not yet possible with Uber Eats. But keep up the good work, guys!