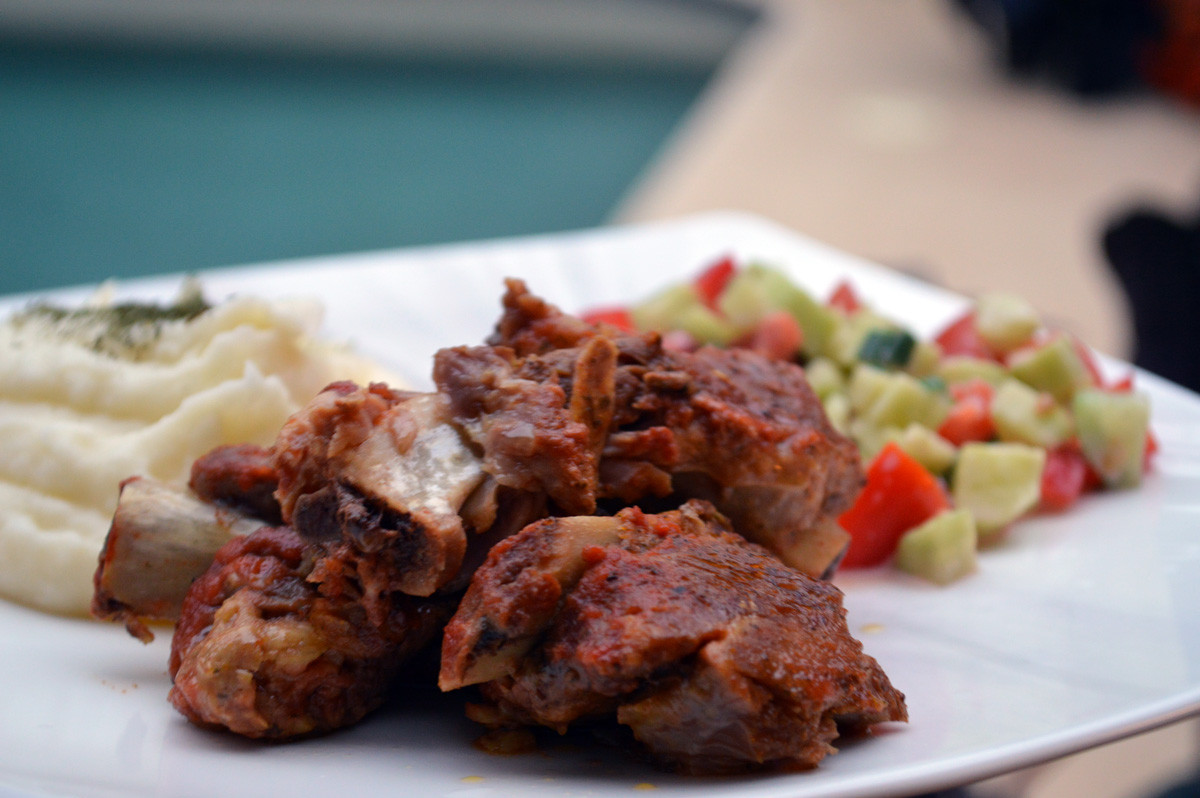 Today was the first day that felt like fall – gloomy, cold, rainy, and windy. Nothing sounds better than fall off the bone slow cooked ribs on a day like this, even though my kids may disagree. I recently made similar ribs in the oven and they were amazing, so today I decided to get the Crockpot out.

I don’t use Crockpot too often and I don’t even know why. It’s super convenient and everything comes out delicious. My kids are not big fans of pork or beef made this way as it tastes unusual to them. I think it’s all the extra cooked potatoes and carrots I usually put there. So today I decided to just cook ribs in the pot and make mashed potatoes and fresh salad on the side. It was so good that even the kids had to compliment this meal, so it’s definitely a win!

The recipe is super simple and wide open to experiments and improvements. I had no game plan starting out and just improvised, which I don’t usually do. The ribs can be cooked for 10 hours on low or for 4-5 hours on high. I decided to make this too late for slow cooking, but 4.5 hours on high were just as perfect.

So let’s get right to it!

I started by turning my crockpot on high while I got the meat ready. I washed the ribs and pulled out the thin membrane from inner side. 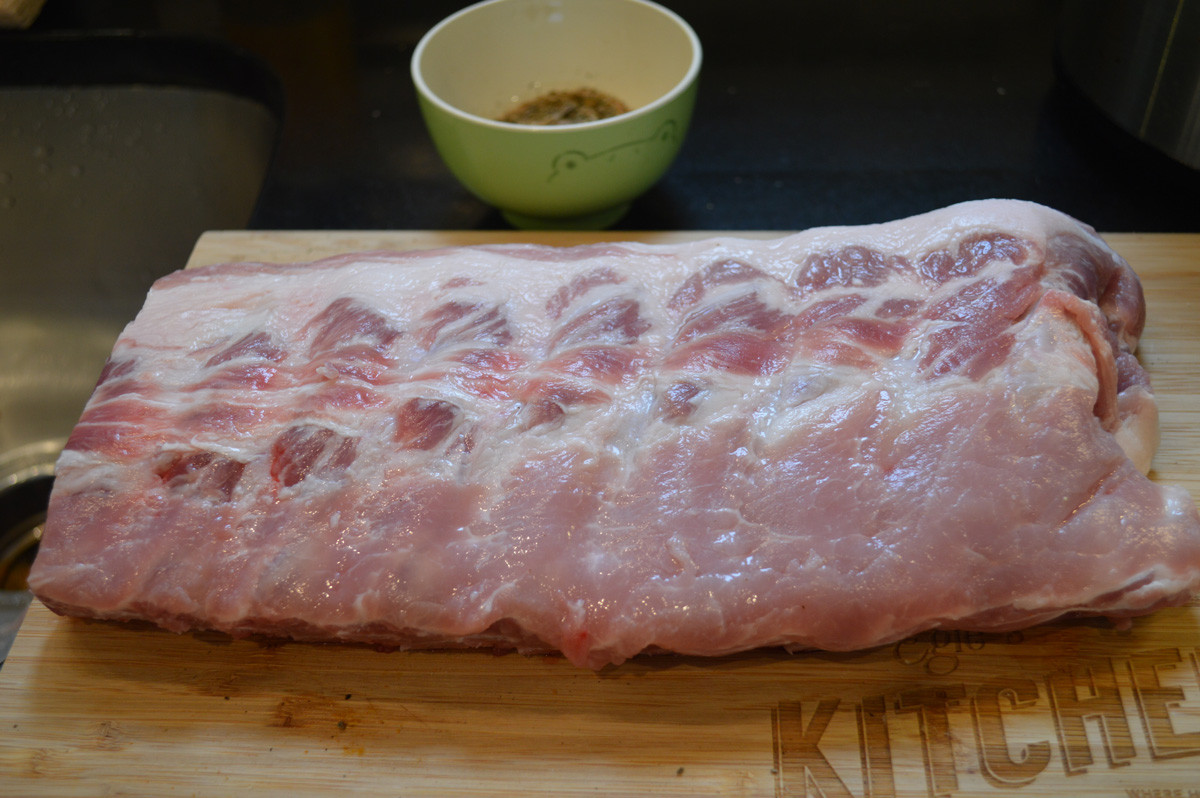 If you leave it on, the meat won’t fall off the bone. All you have to do to take it off is loosen it with an edge of the knife and pull it off. It literally just takes seconds. 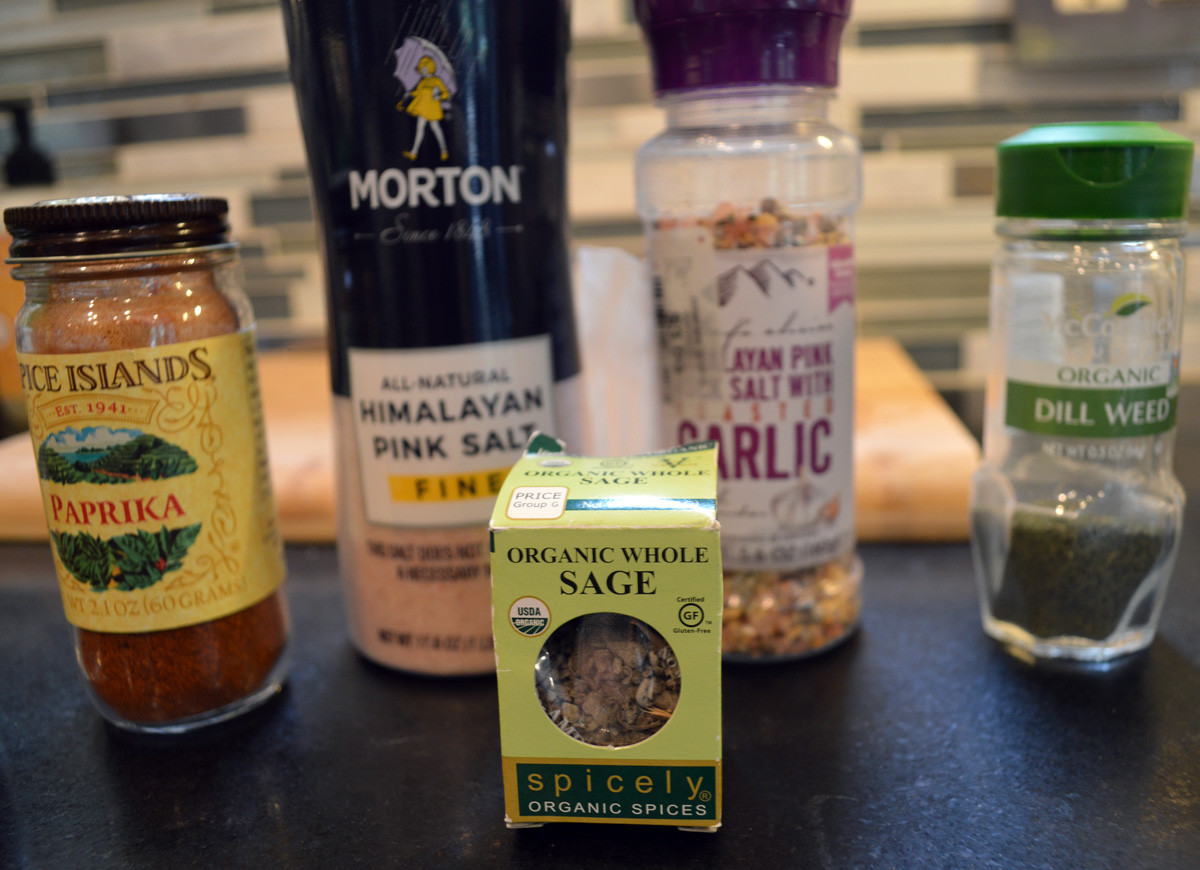 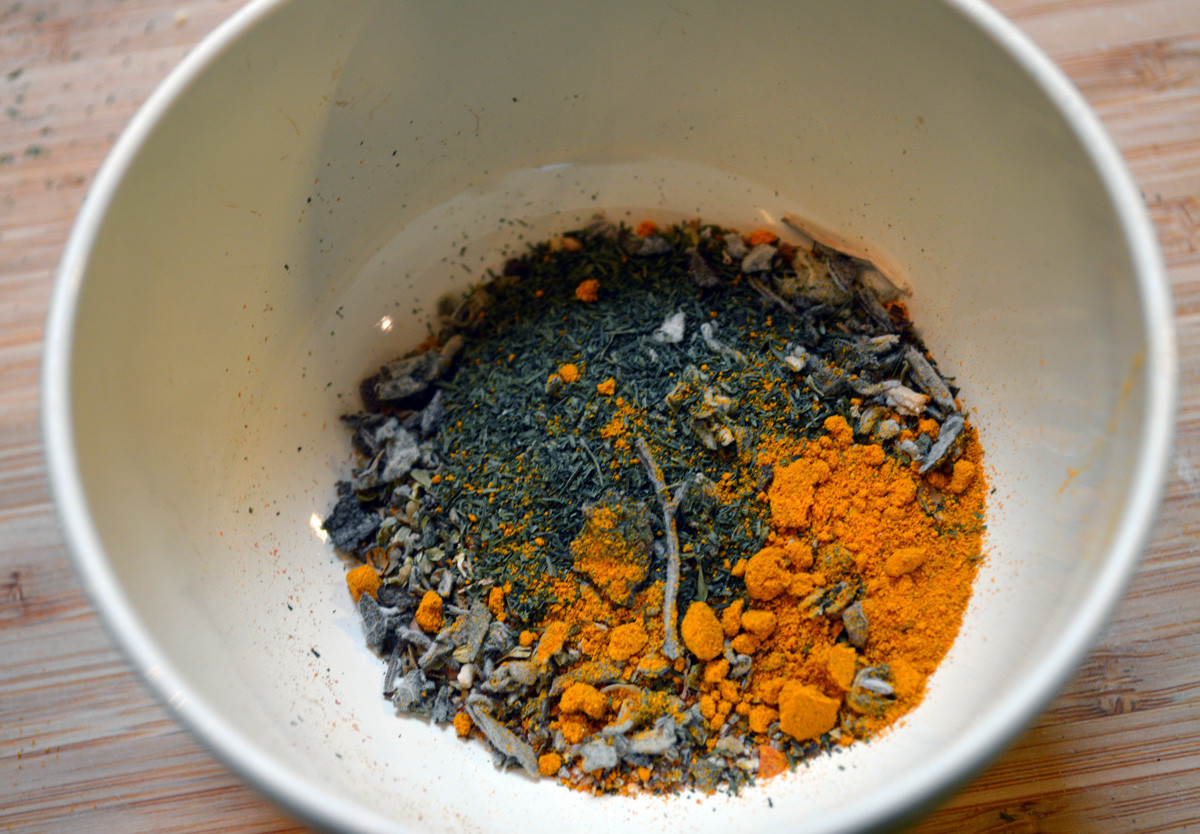 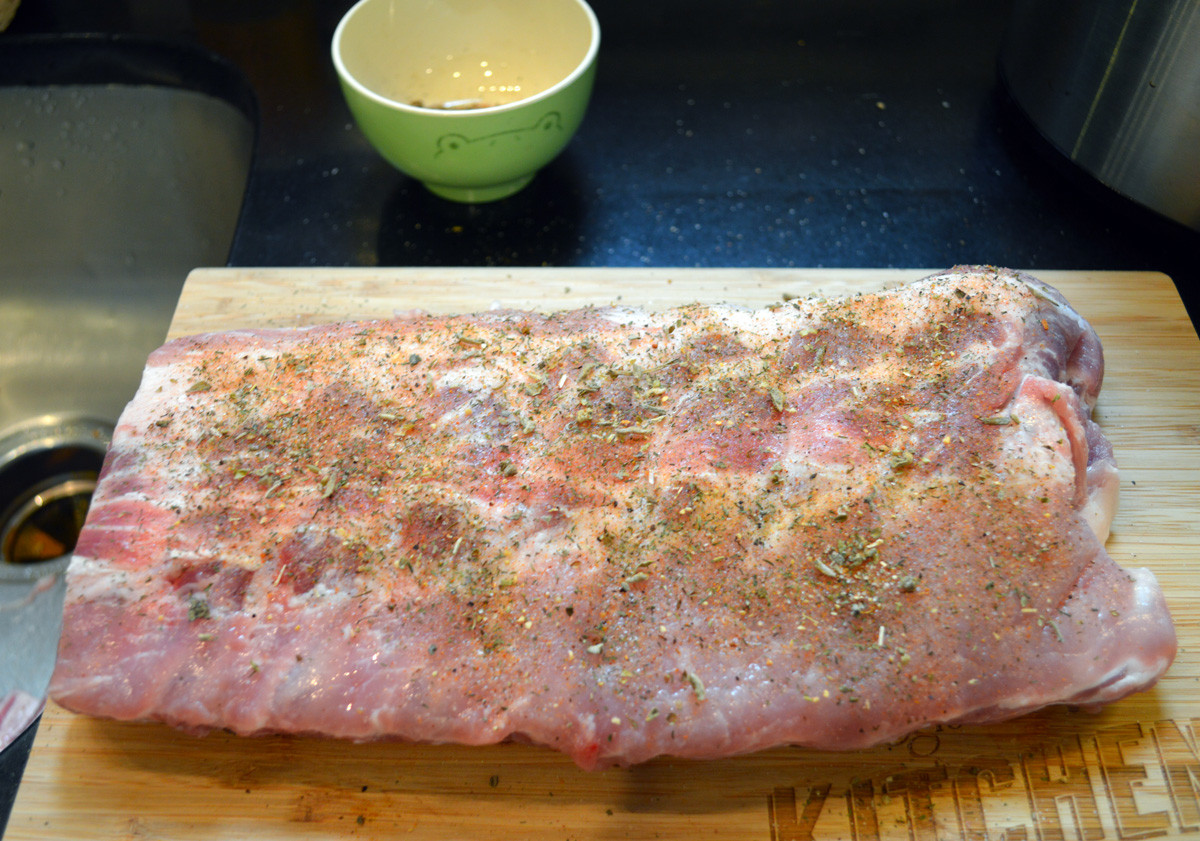 I rubbed the ribs on both sides with this mixture and placed them in the Crockpot. 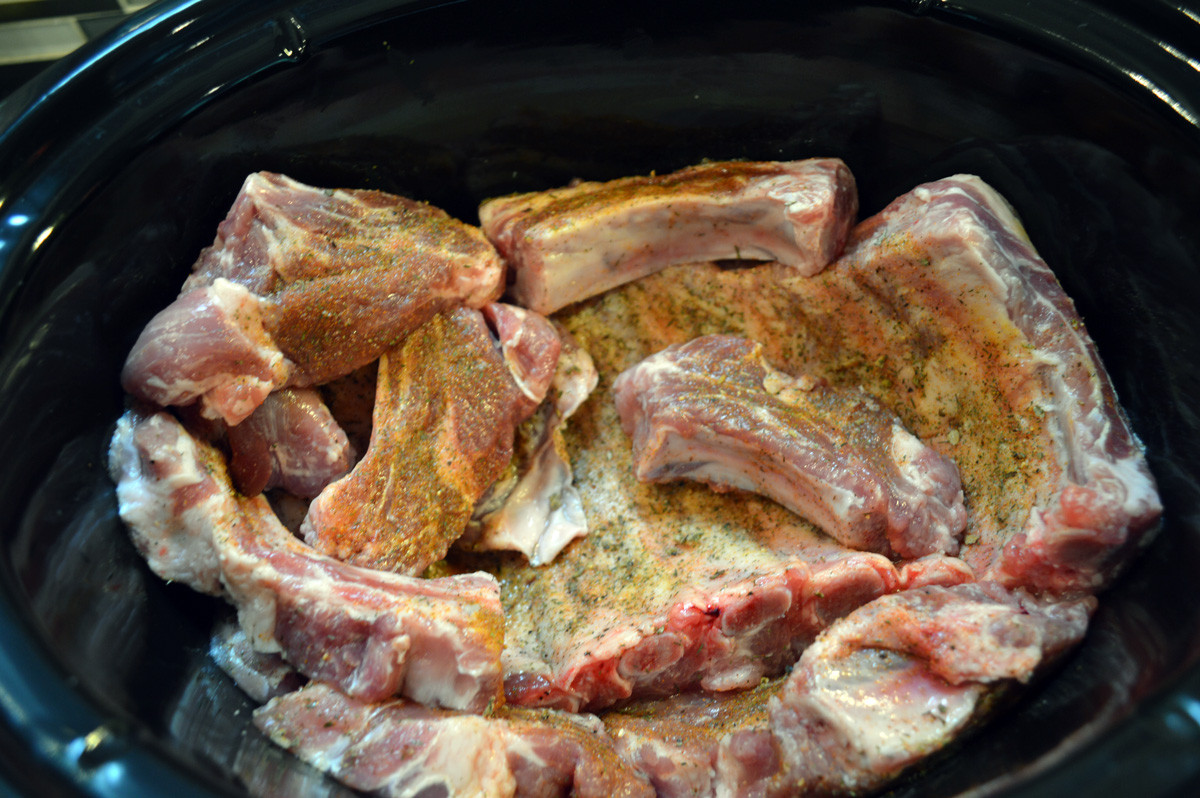 Once there, I sprinkled 2 tablespoons of brown sugar over the top and poured one small can of tomato sauce. 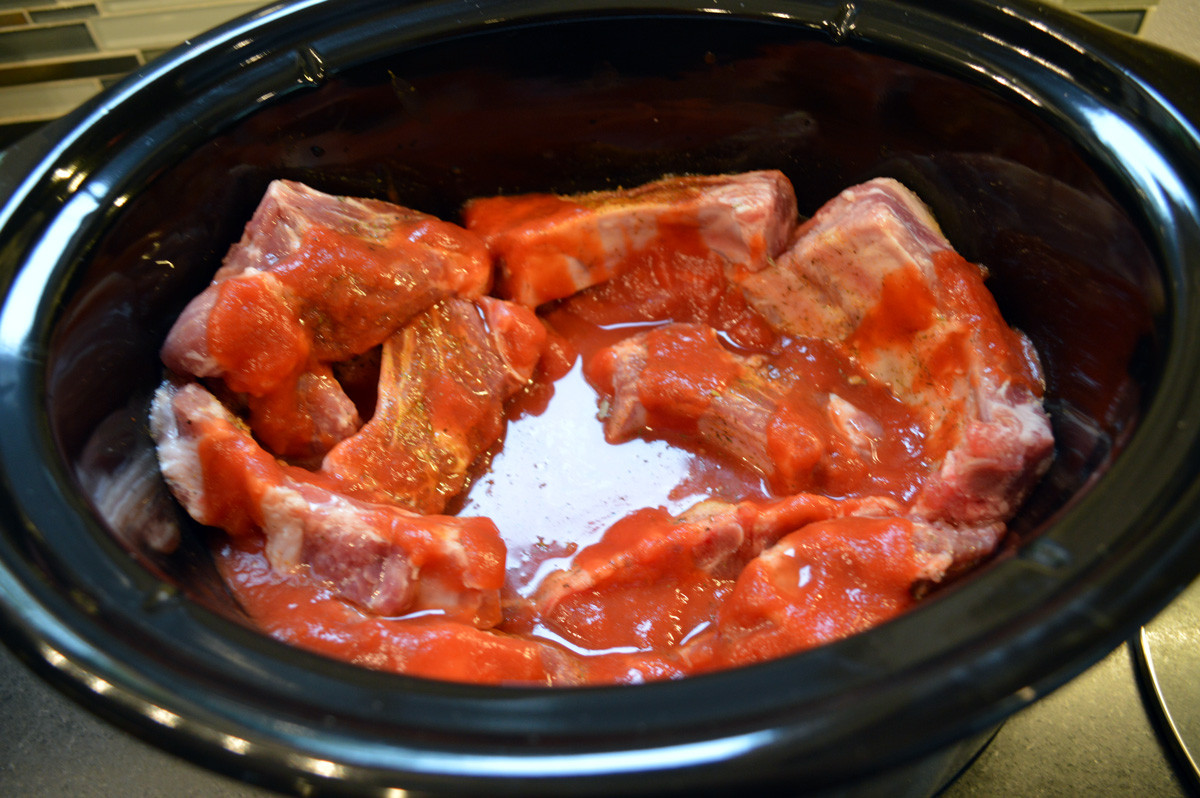 Finally, I added 1 cup of chicken stock, closed the lid, and set timer for 4.5 hours. 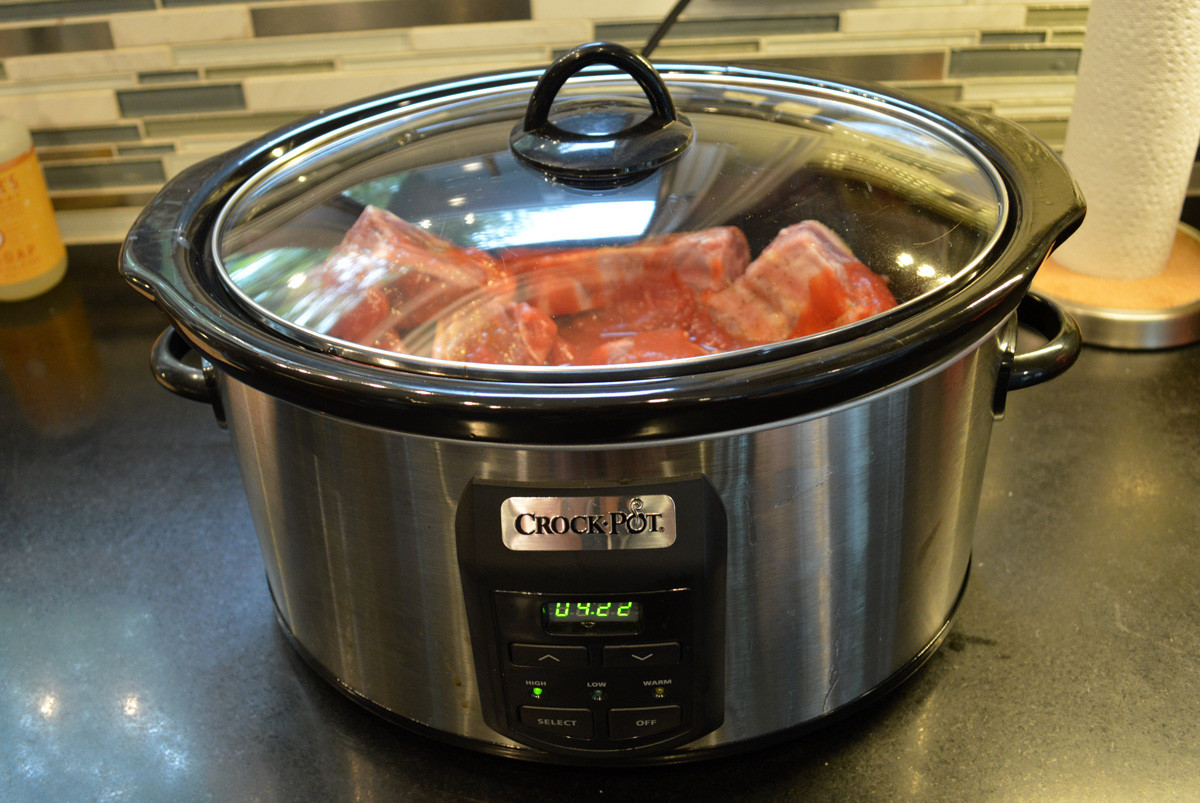 In about two hours the house started smelling so good that my dog camped under the pot for the remainder of time. 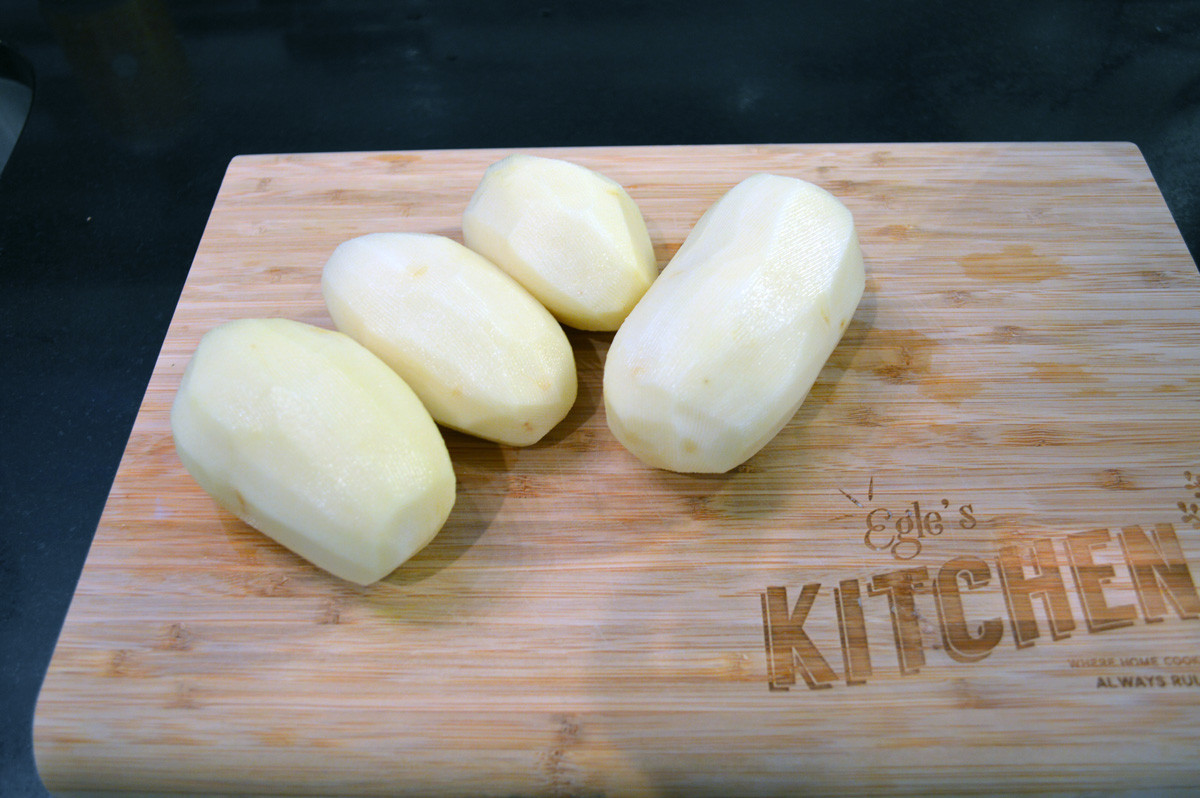 While the ribs are cooking, you’re free and this is why I love Crockpot so much. 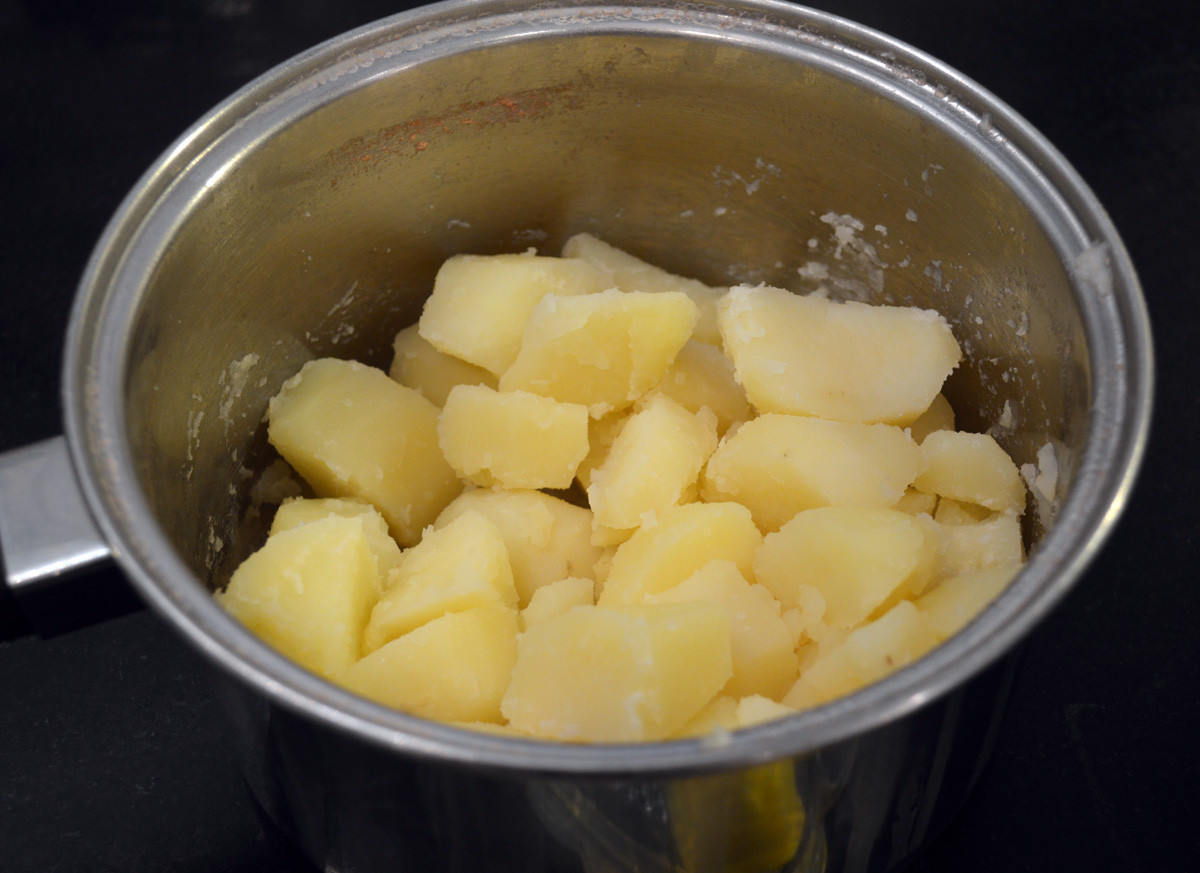 When it was about 40 minutes left, I peeled potatoes and put them for boiling in salty water. 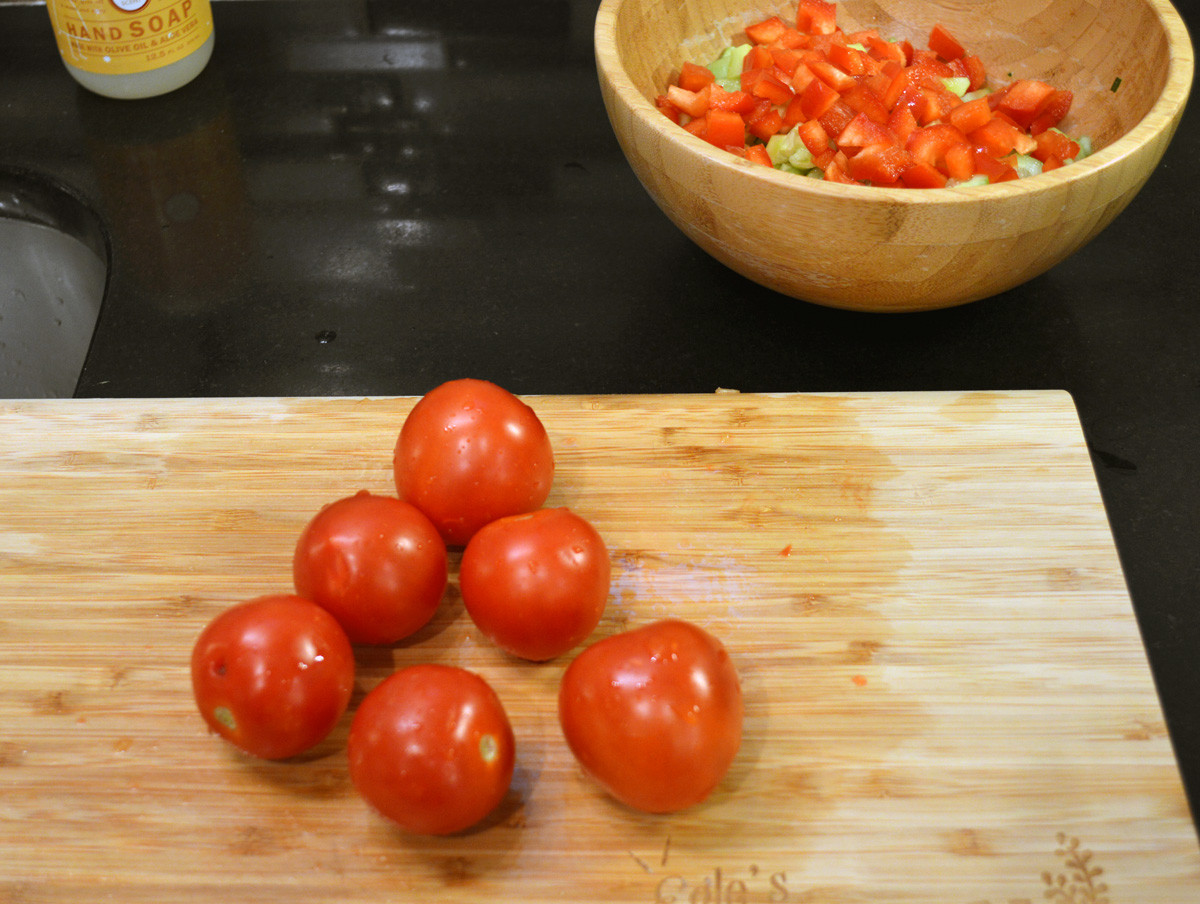 While potatoes were cooking, I quickly chopped tomatoes, cucumbers, ½ of paprika, and added some frozen chopped green onion. 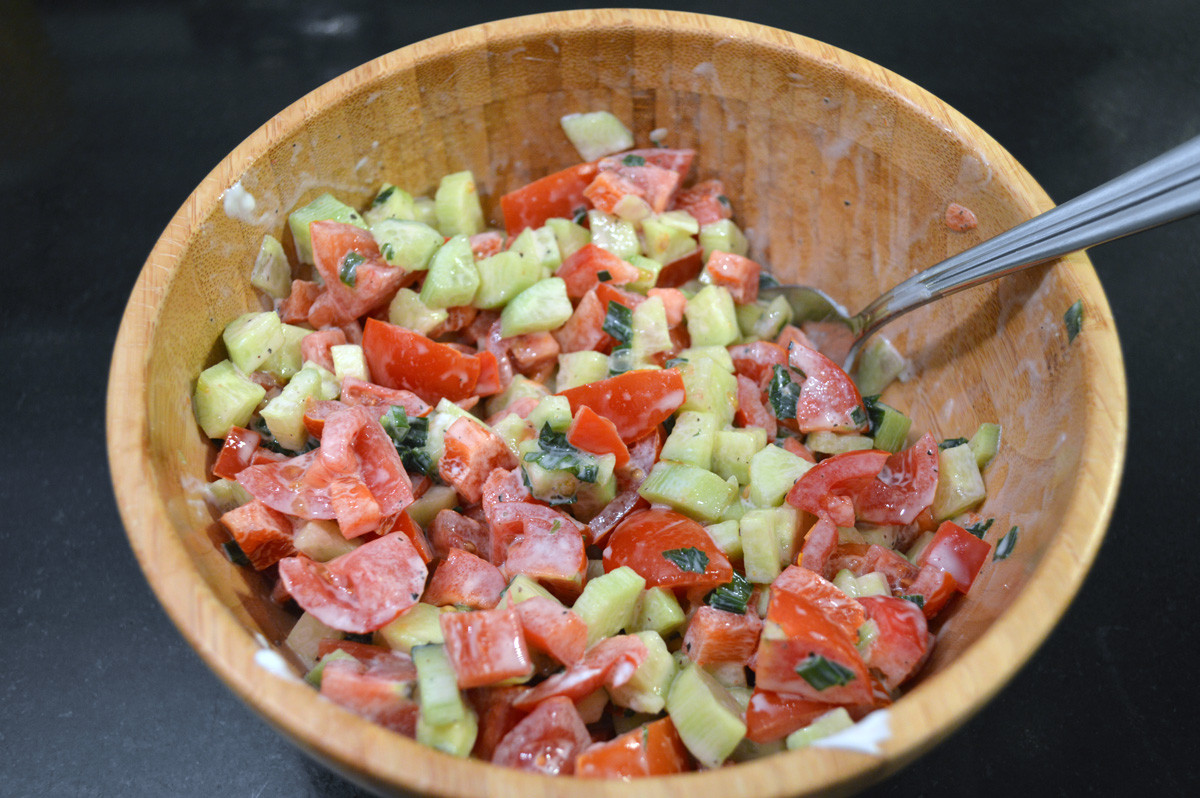 Then salt, pepper, and 2 tablespoons of sour cream – healthy perfection!

When potatoes finish cooking, drain them, add some butter, 1 cup of heated for a minute milk, and whip them until fluffy with hand held mixer. 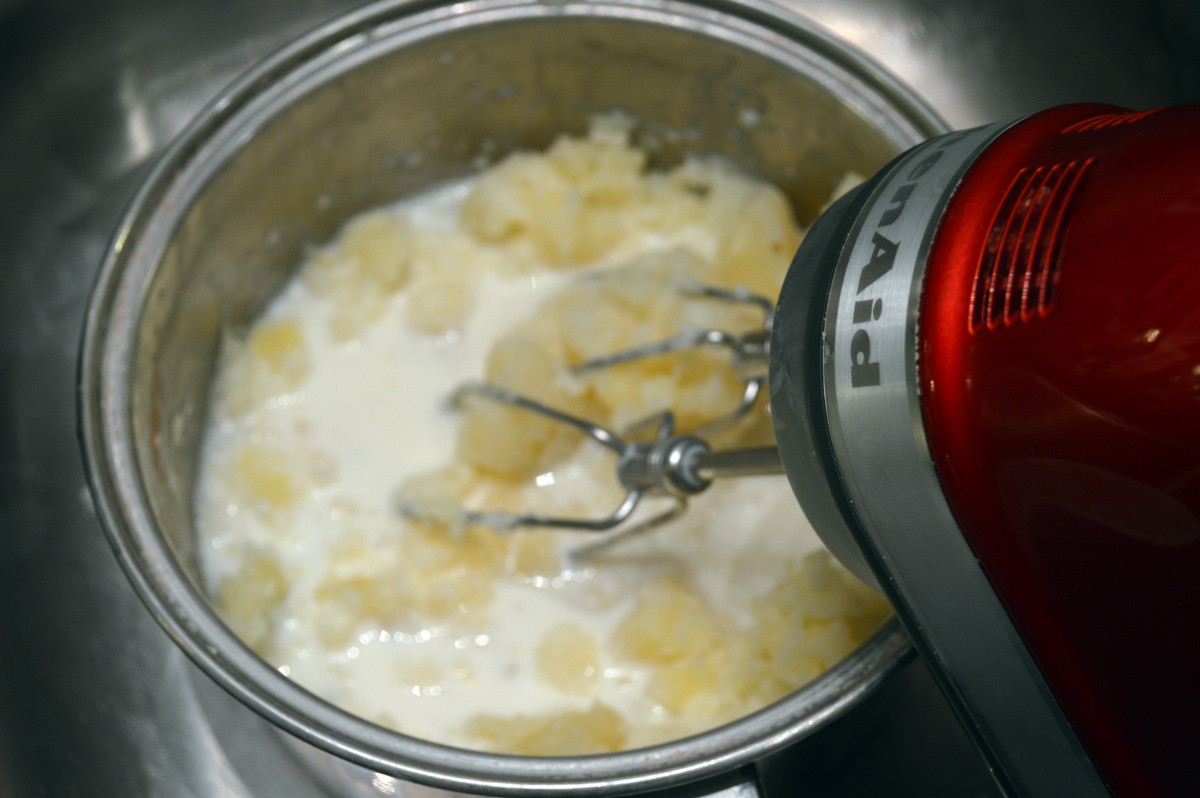 Garnish mashed potatoes with fresh or dried dill and you are ready to serve everything on one tasty and colorful plate. 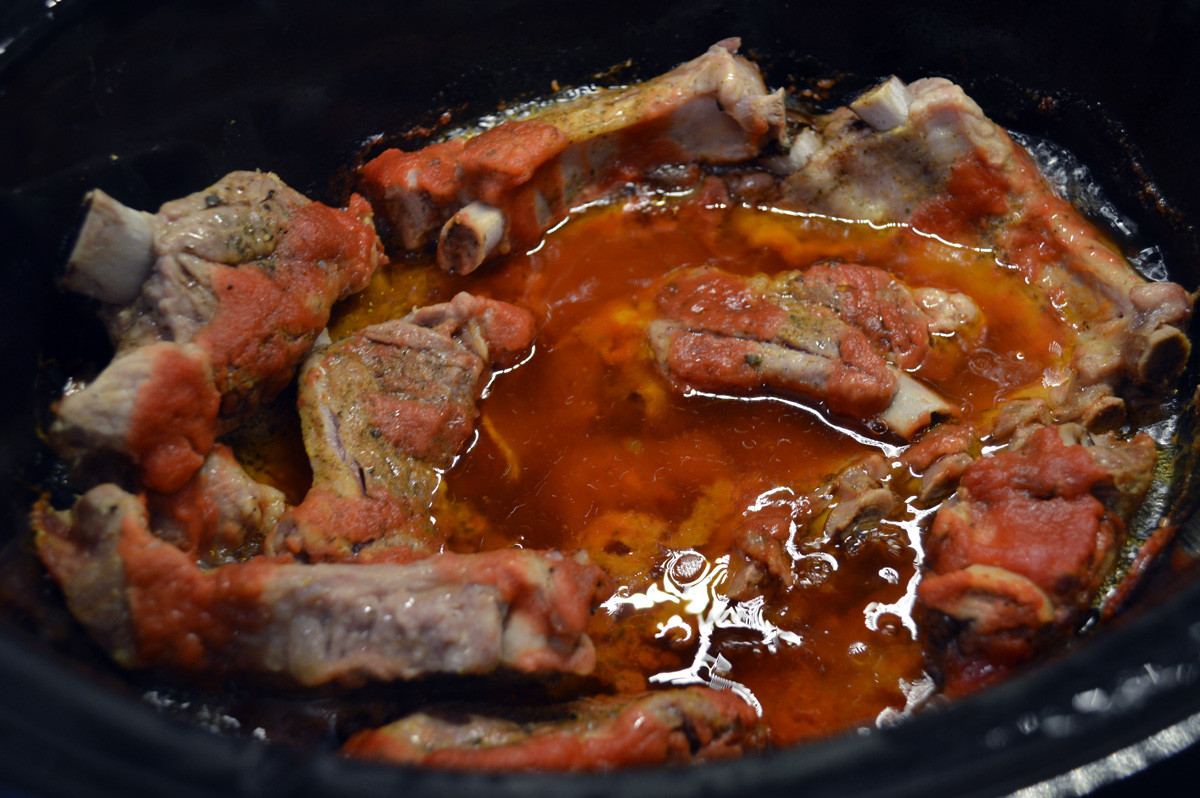 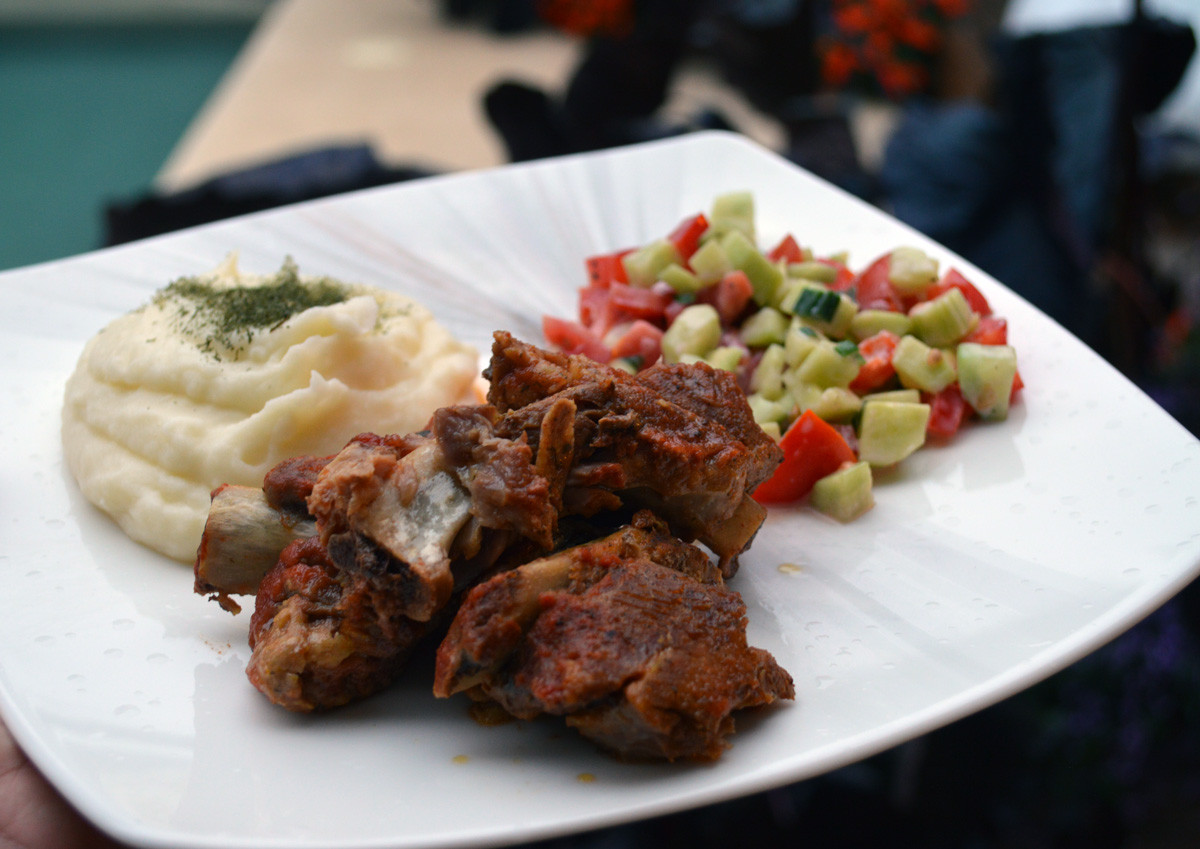 On the Old Continent we call this dish plov. The closest translation is rice pilaf, so be it. If you ever travel to Uzbekistan, Georgia, and other regions around them, you will definitely be served plov.

We live in the South, but my husband and I are both not from here, so all the Southern cooking doesn't come naturally to me. Despite that, we are raising two little southerners, so I decided that I should introduce them to some staples and avoid awkward silence with their friends when they ask about some ribs and fried green tomatoes.