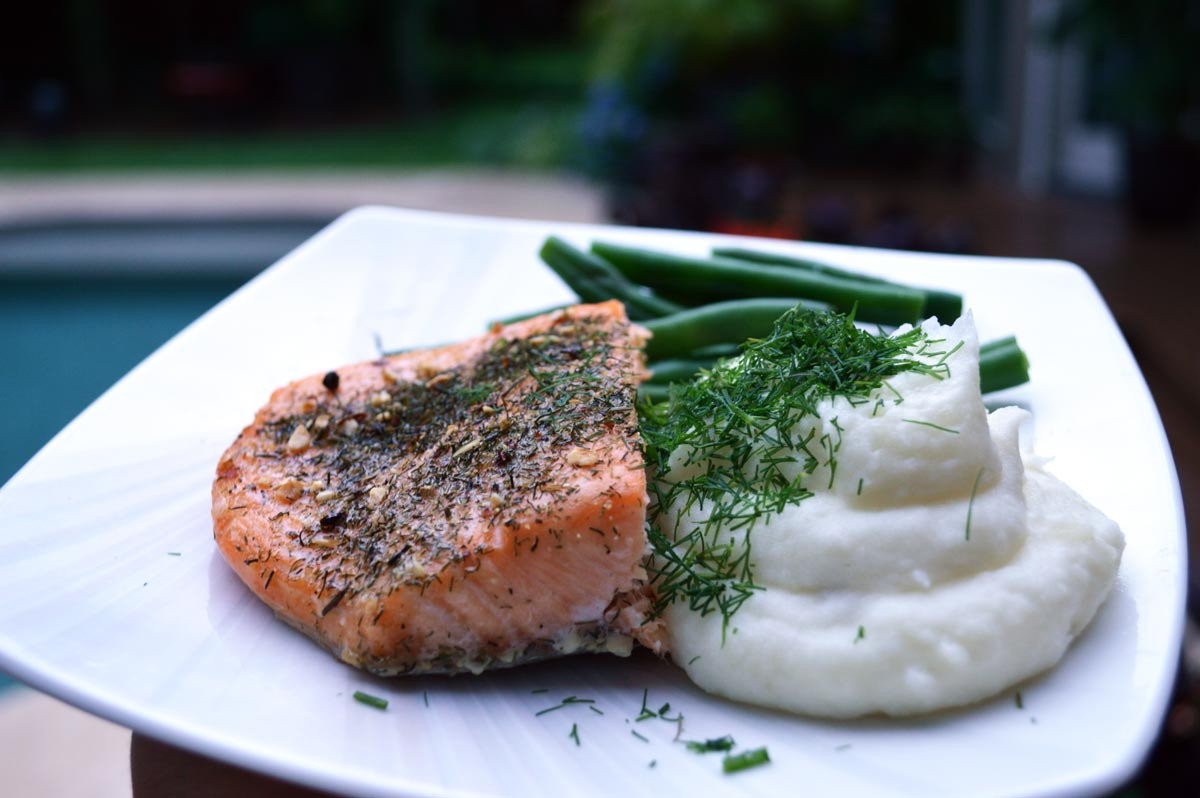 We try to eat fish at least once every week. It is not easy for me because I don’t like fish that much. This is why I always look for ways to make cooking fish more interesting. I bake it in the oven, I pan sauté it, and now I decided to grill it. After spending some time on Nutrisystem, I understood that nothing is as good for me as fish. It’s safe to eat while on a diet and is always friendly to weight loss programs.

My fish of choice is wild caught salmon. I also like Chilean sea bass, but it is very expensive and almost depleted in its natural habitat, so I rarely buy it. The rest of fish is simply inedible for me.

My idea for this dinner was cedar plank grilled fish with mashed potatoes, but the weather corrected my plans a little bit and made it even more interesting. As I was getting ready to cook, a huge cloud came over, started storming, and did not move away for 2 hours. This is why my grilling became oven baking on a plank. It turned out great even without that signature smoky smell. This goes to show that plank cooking can be very versatile and easily modified. 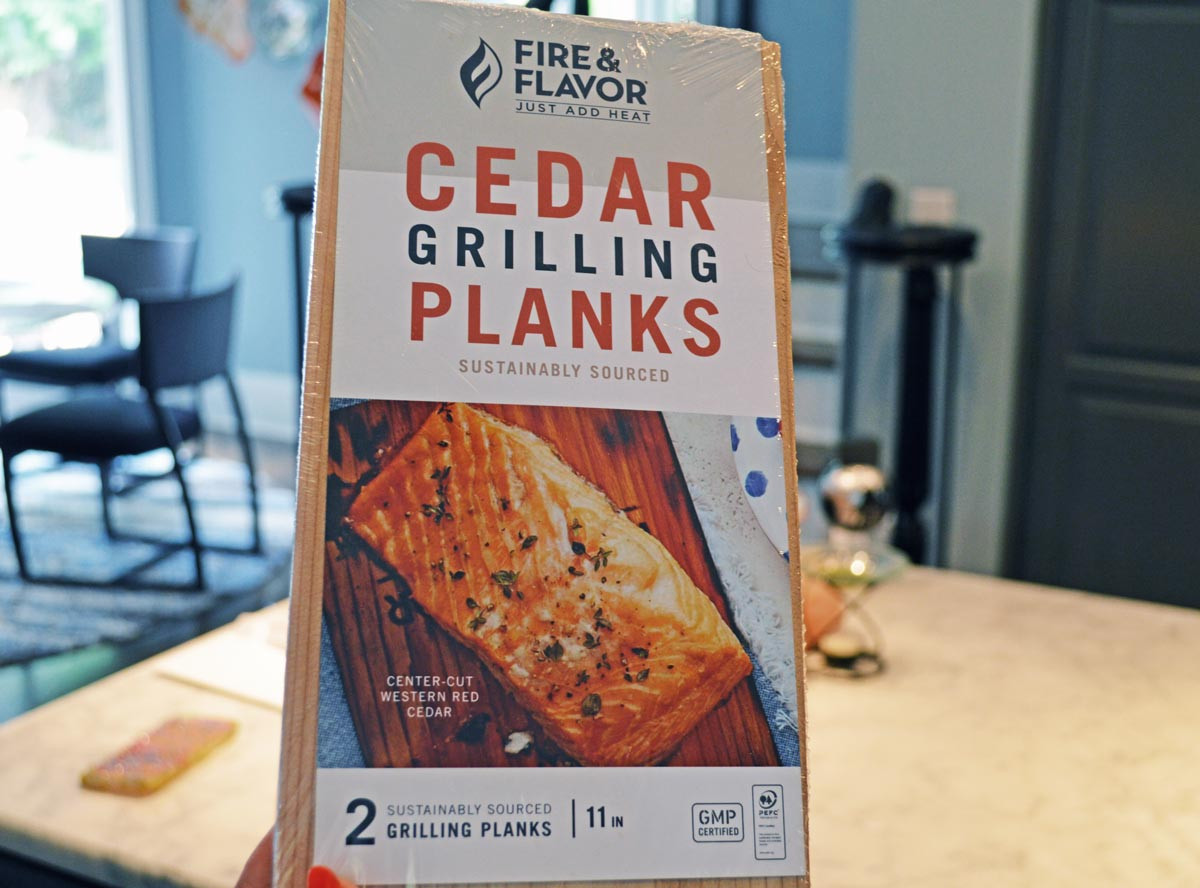 I like this meal because it’s simple, fast, and offers lots of protein without carbs. Mashed potatoes have carbs and fat, but you can eat very little of it or substitute with rice, which I often do.

I like to start with potatoes because they often take longer than fish. 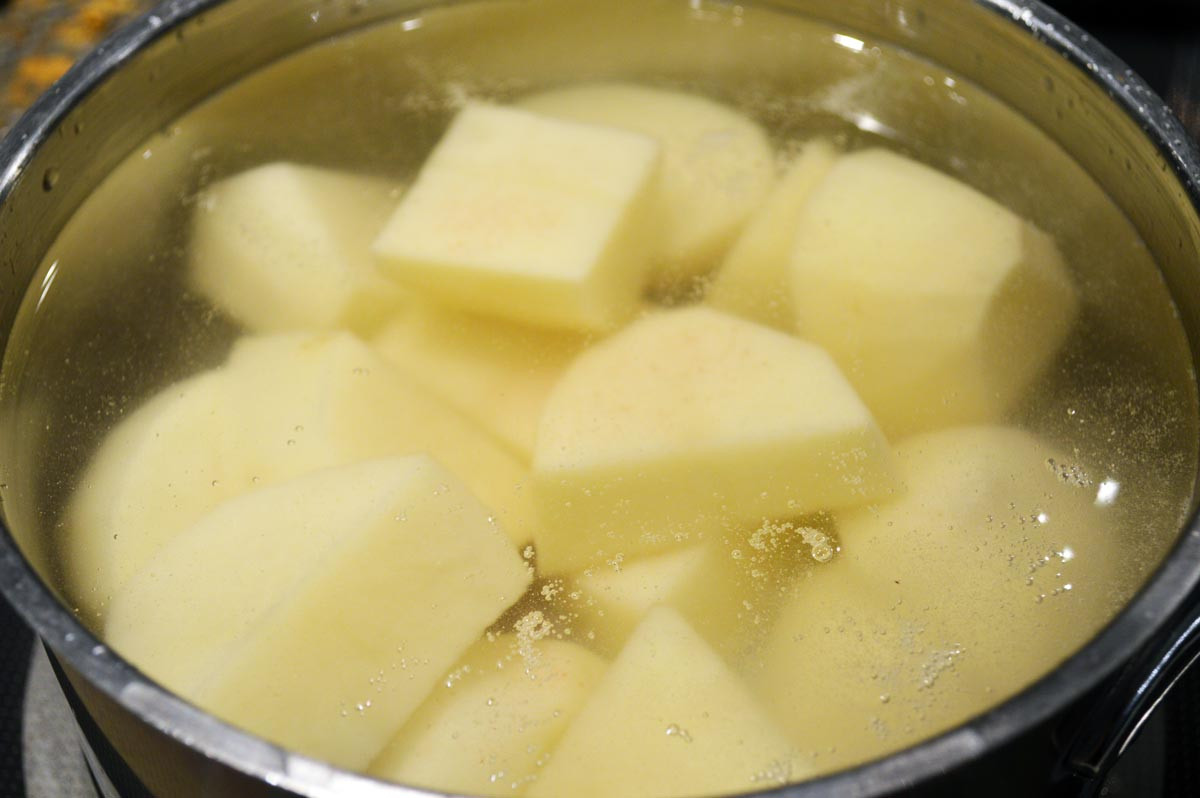 Peel your potatoes and cut them in half. Put them in a pot with salty water and boil them. 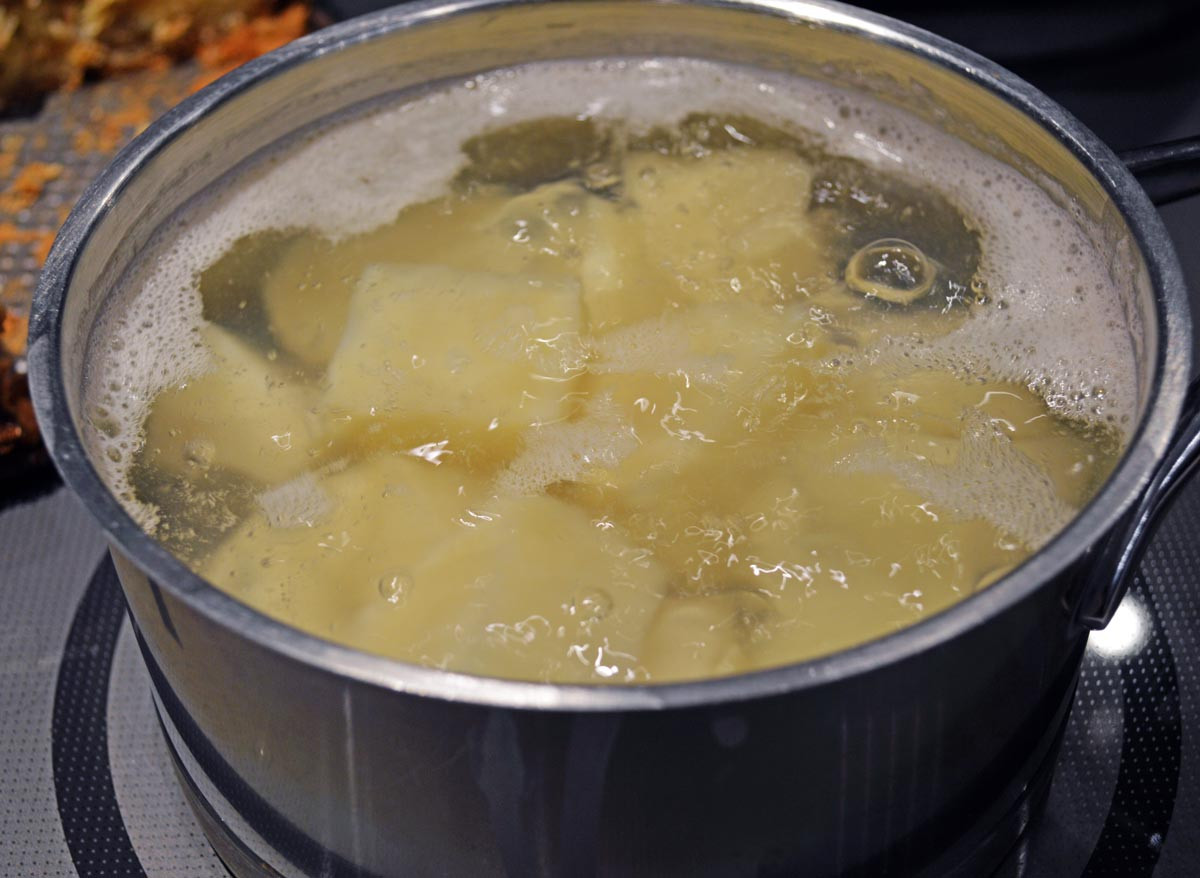 Once cooked, drain the water from the pot and dry potatoes in the pot for a minute on medium heat. Let it sit until you are ready to finish making mashed potatoes, which should happen right before fish is done baking. 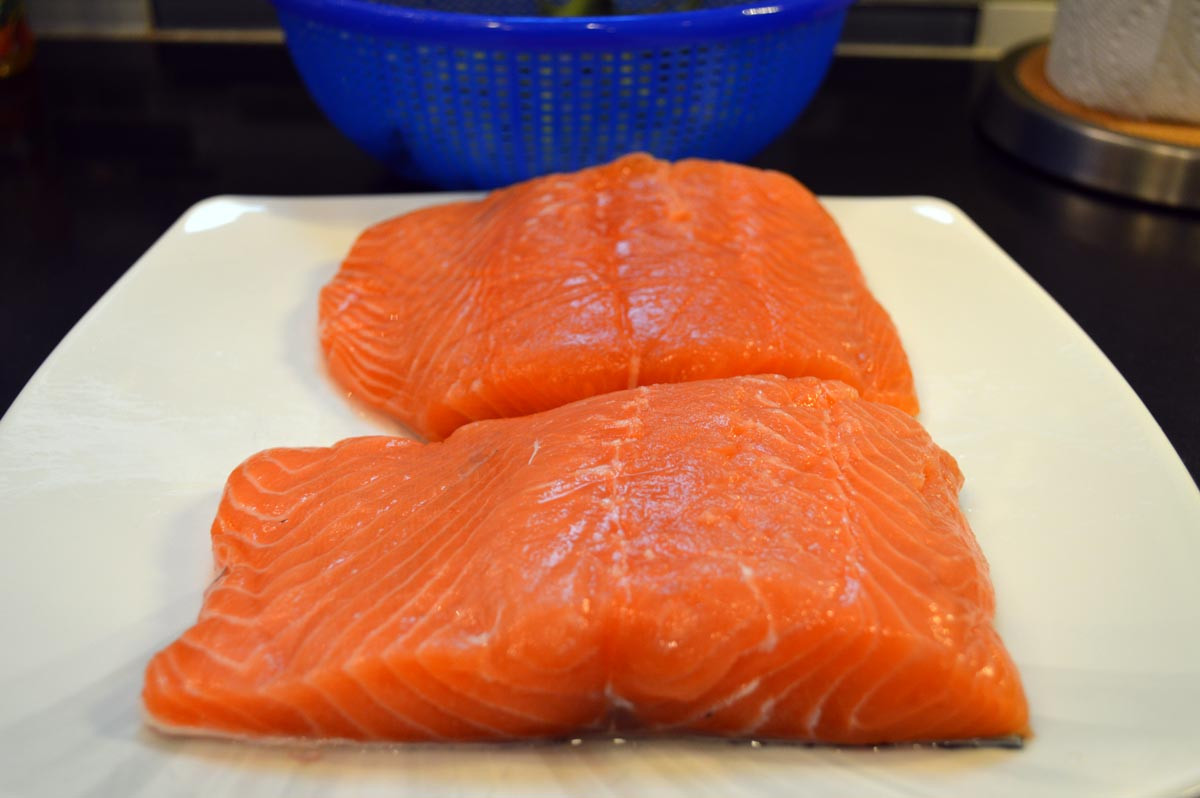 When it comes to fish, it takes about the same time to grill it or to bake it. Grilling might be a few minutes shorter though, it depends how you like your fish. 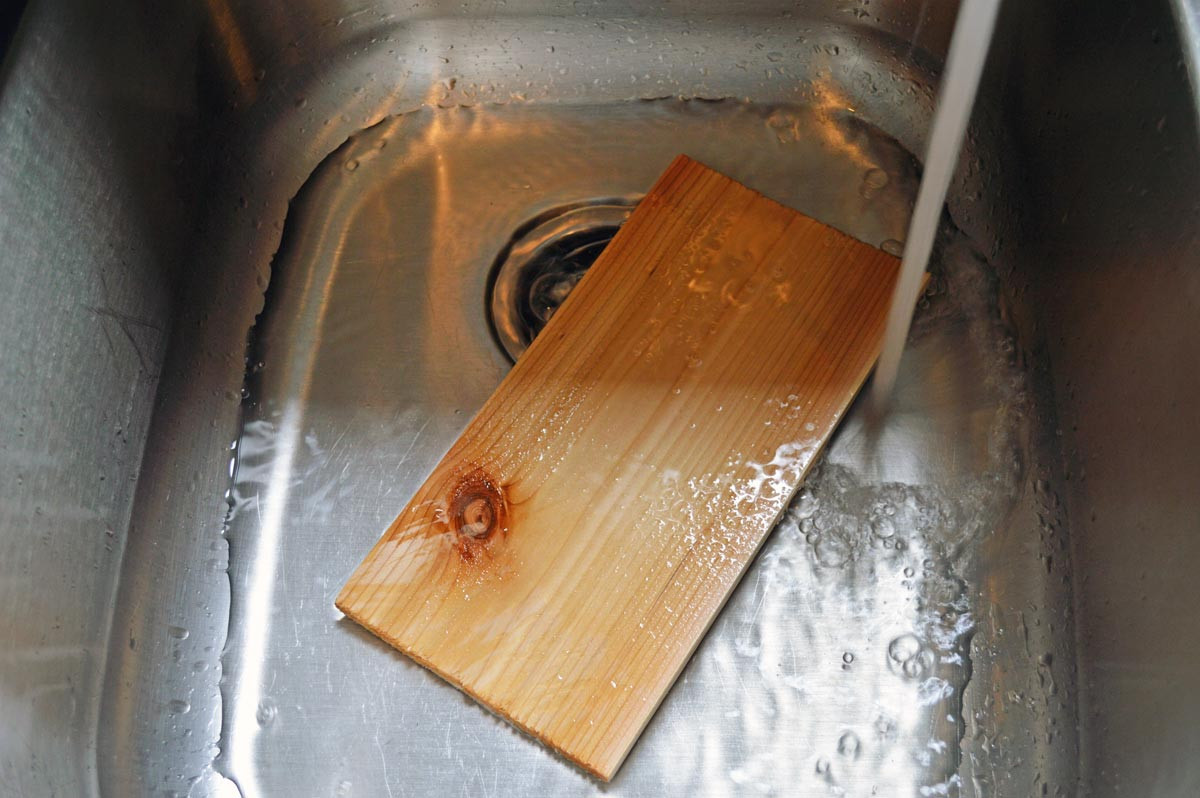 Before you do anything with fish, make sure you had your cedar plank soaked in water for at least an hour before using it. 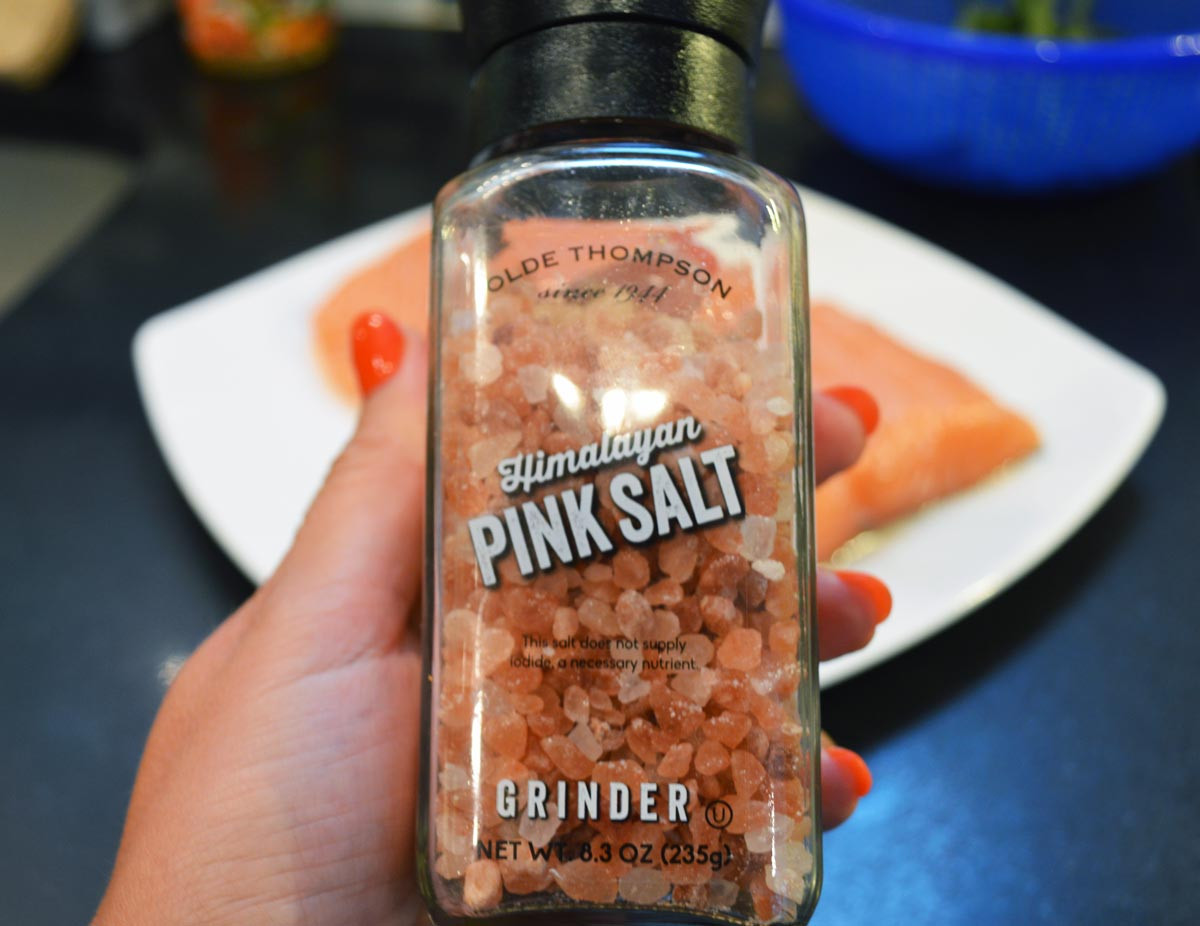 Wash your fish, squeeze lemon juice over it, and season it to taste. 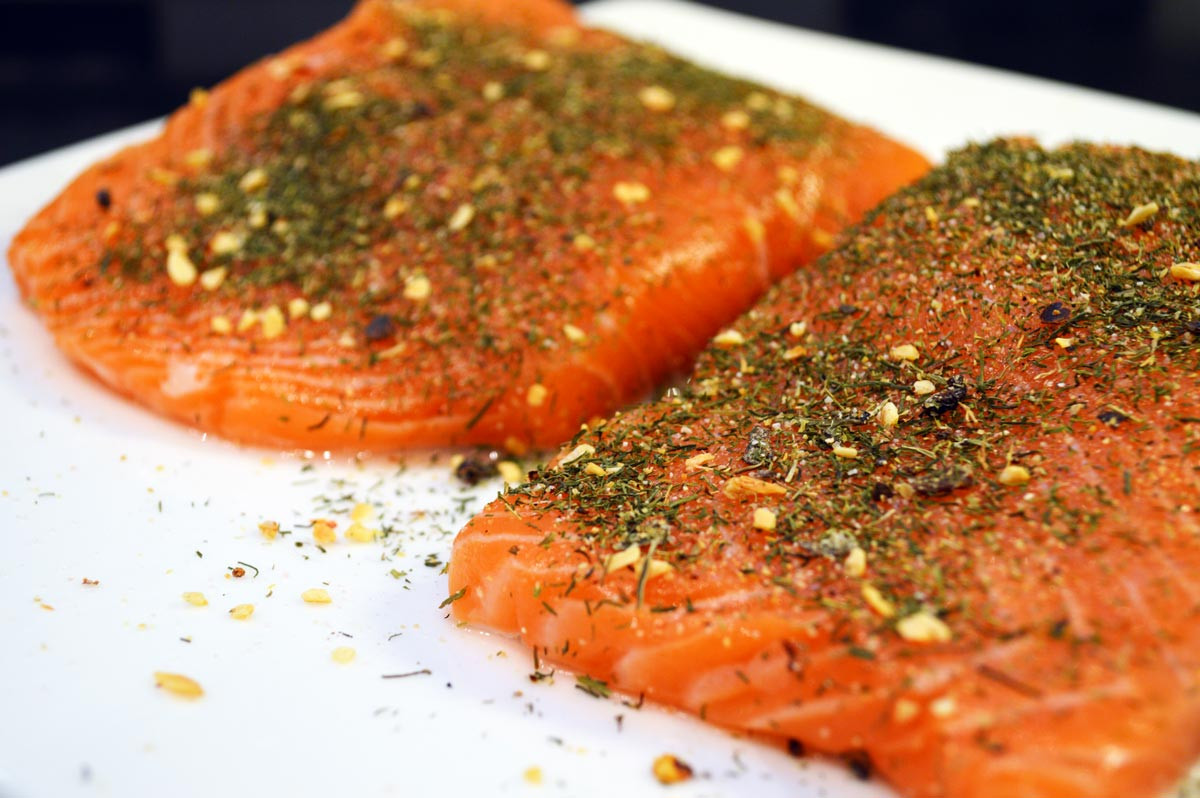 Put a teaspoon of coconut oil on top of each salmon piece. 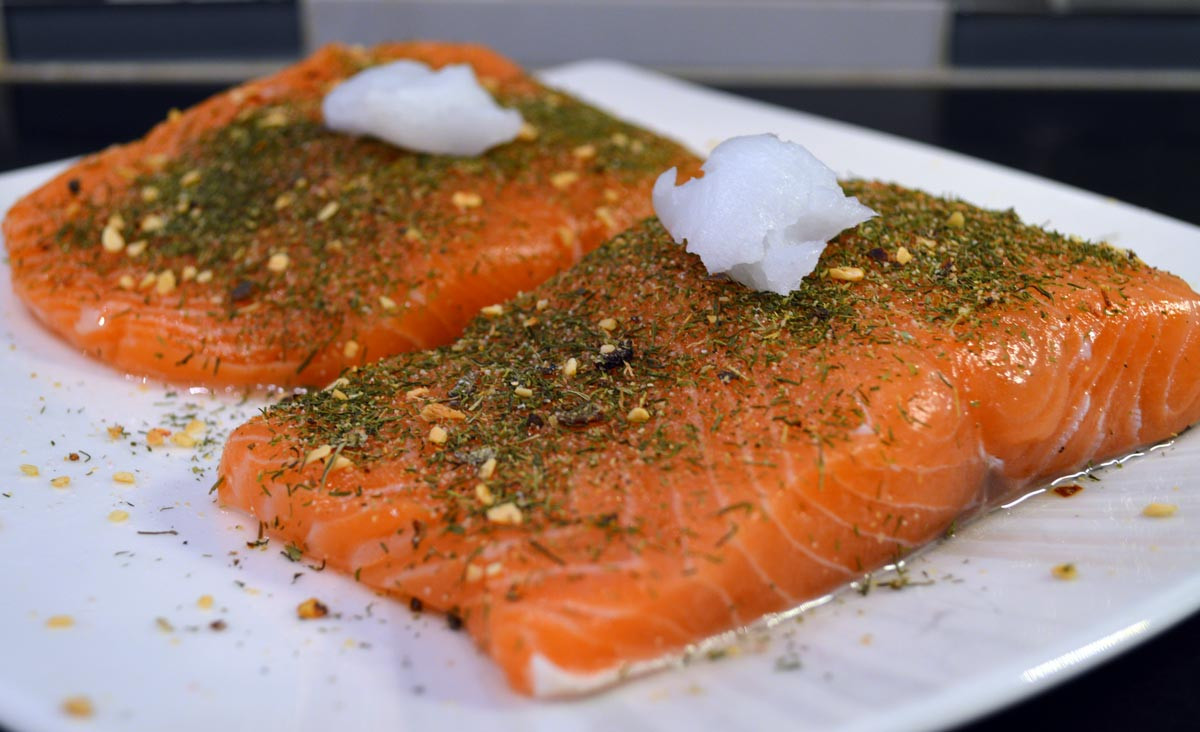 Then place salmon on cedar plank and take it to grill or, in my case this time, into the oven, which was preheated to 365 degrees Fahrenheit. 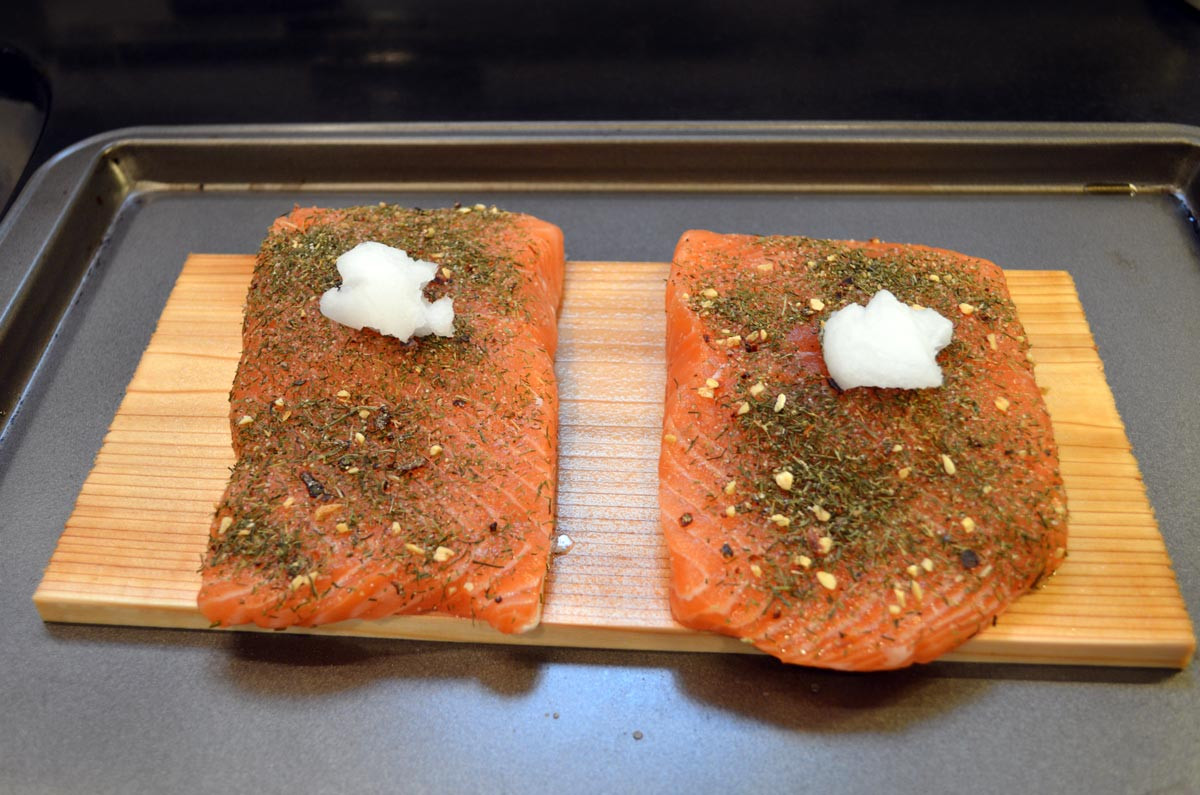 I cook salmon for 20 minutes, because I don’t like raw fish unless it’s inside a sushi. You might have different preferences and bake it for less time. 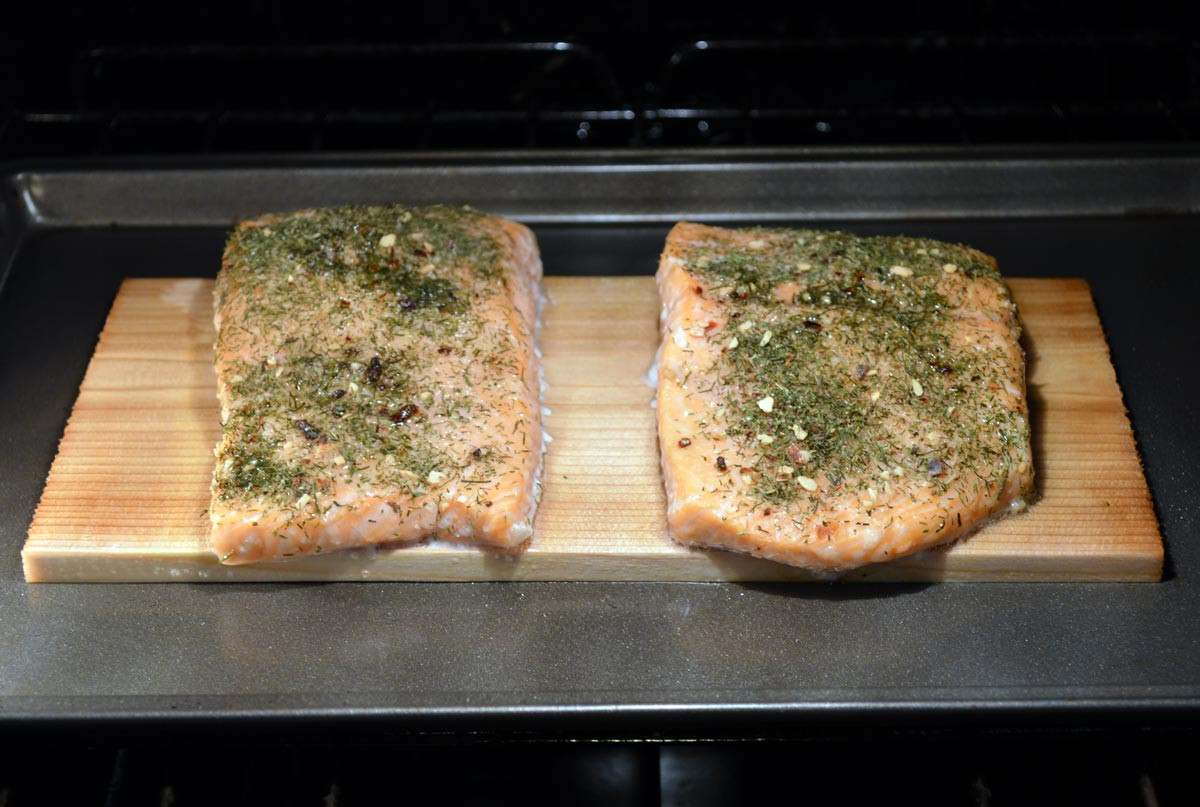 When fish is almost done, return to finishing mashed potatoes. 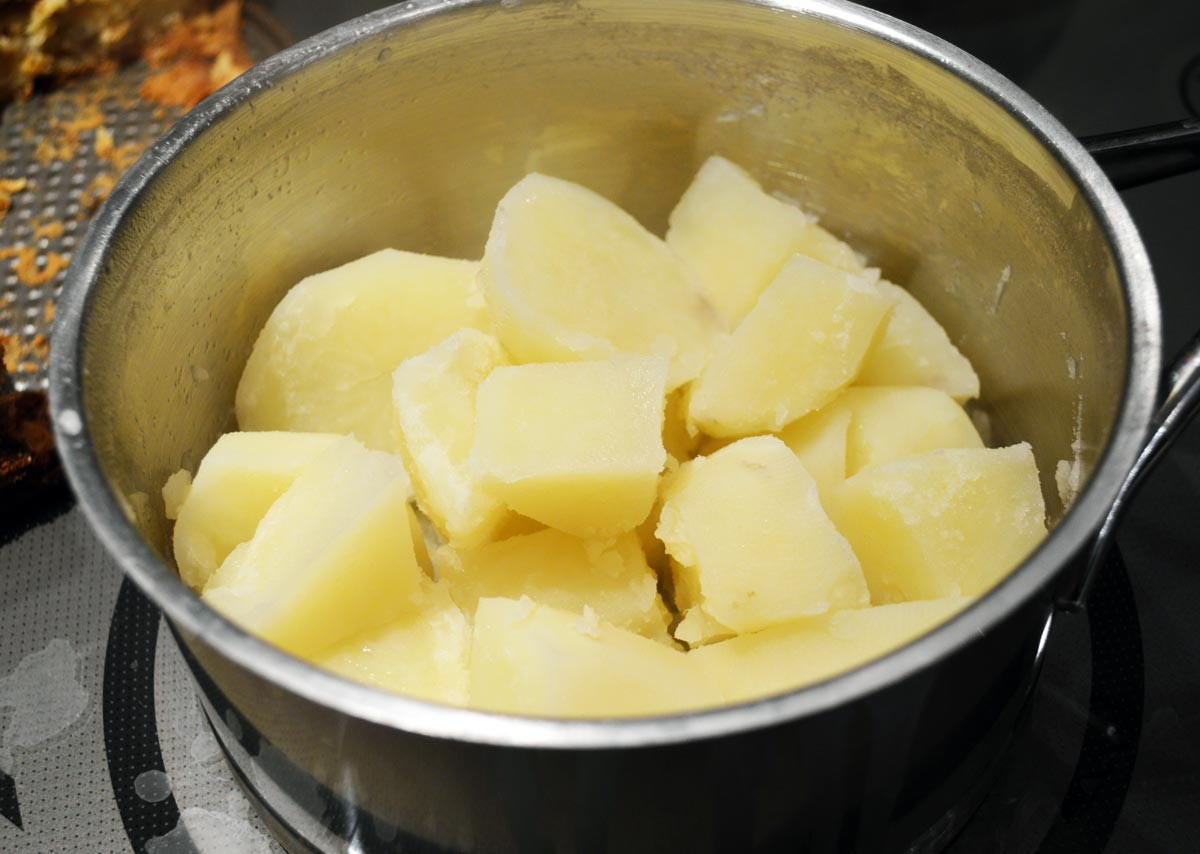 Put a cup of milk in the microwave and heat it for a minute. 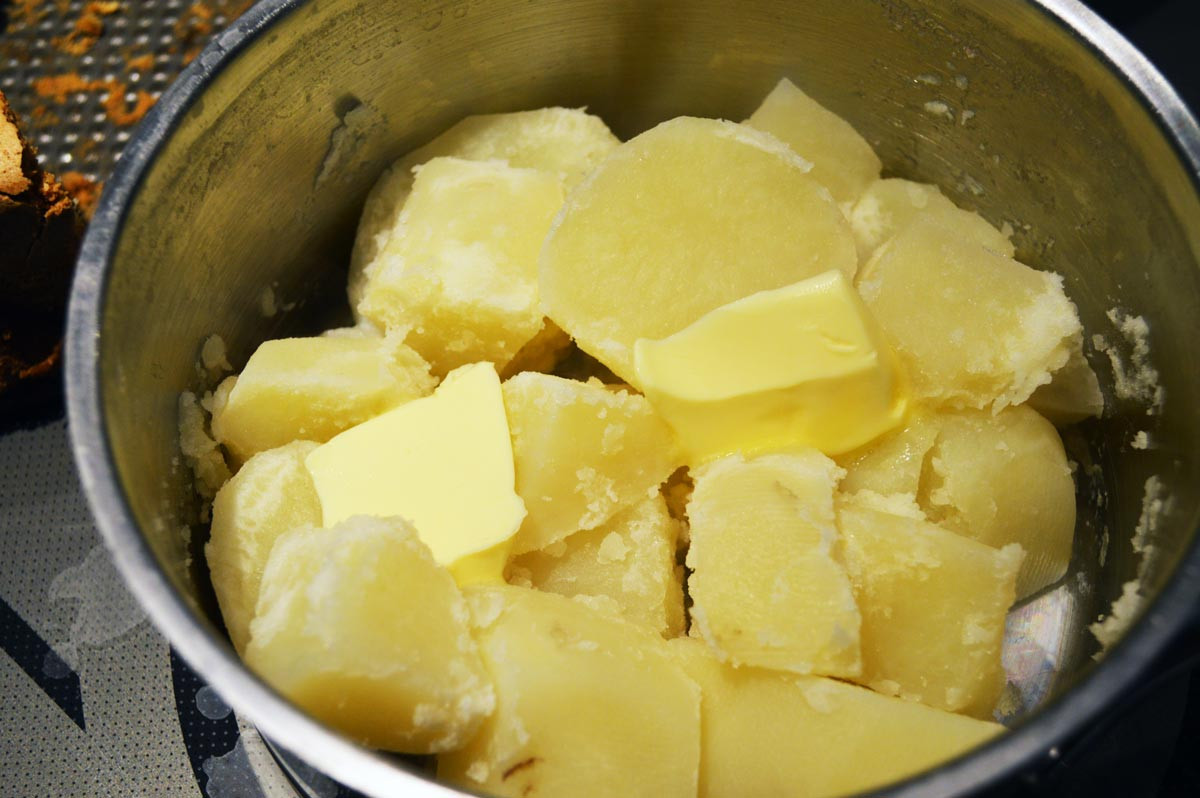 It doesn’t have to be boiling, but it should be warm. 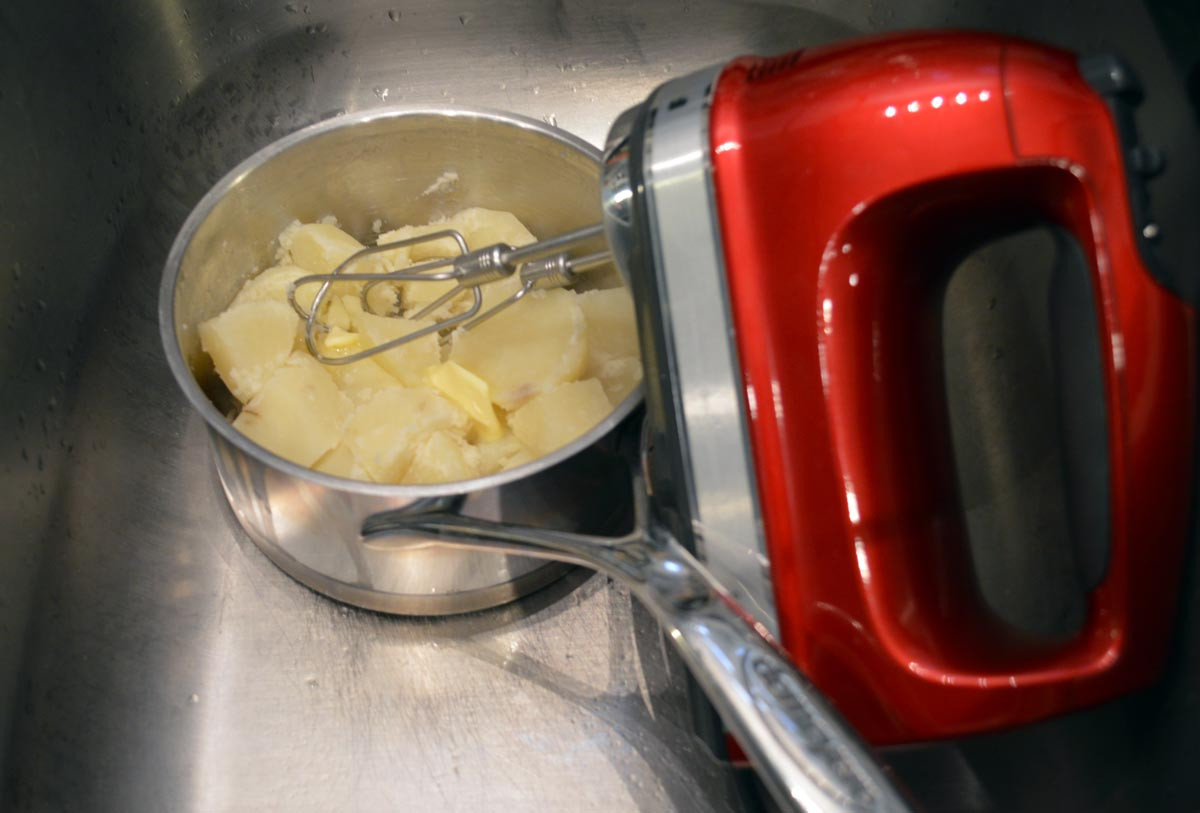 Pour milk and two pieces of butter on top of the potatoes and mix them with hand held mixer until smooth and creamy. 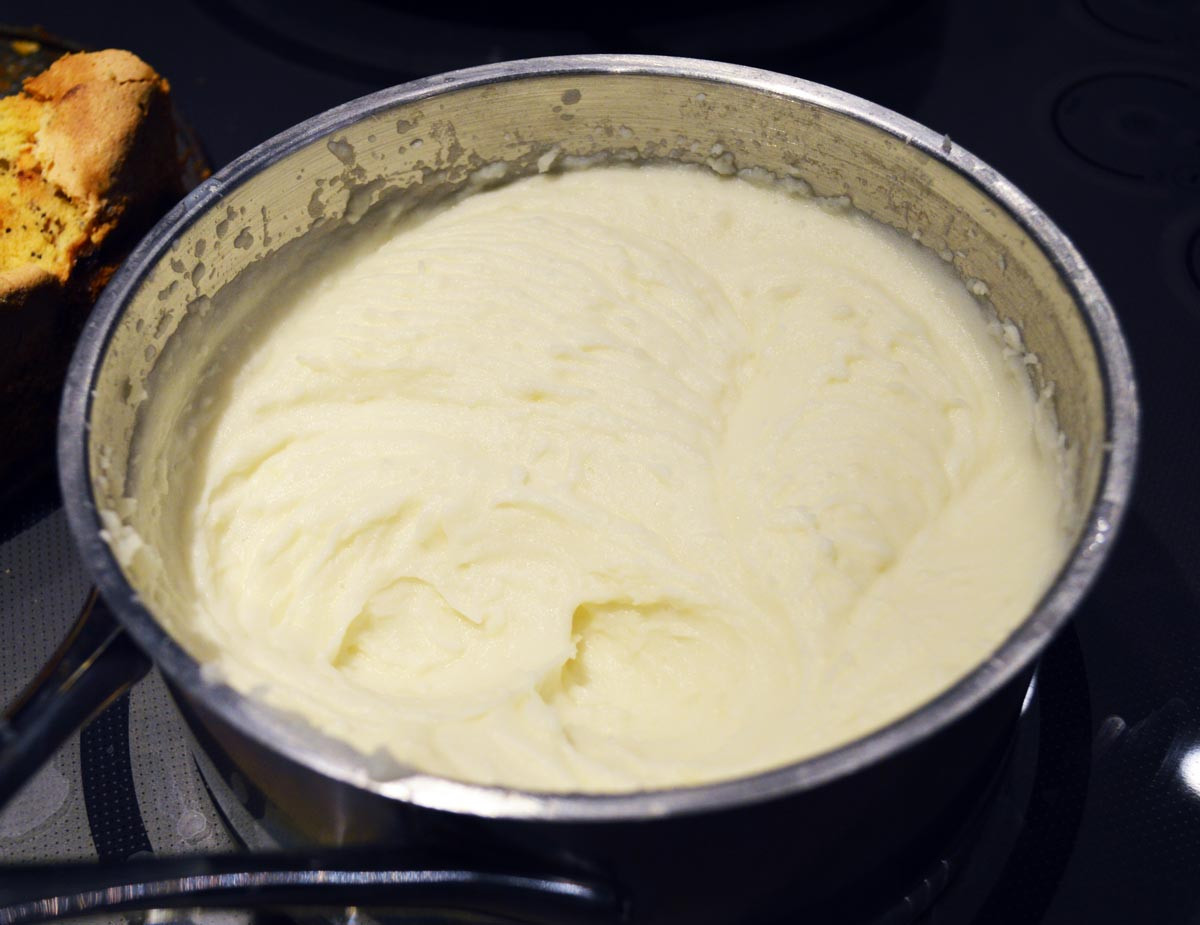 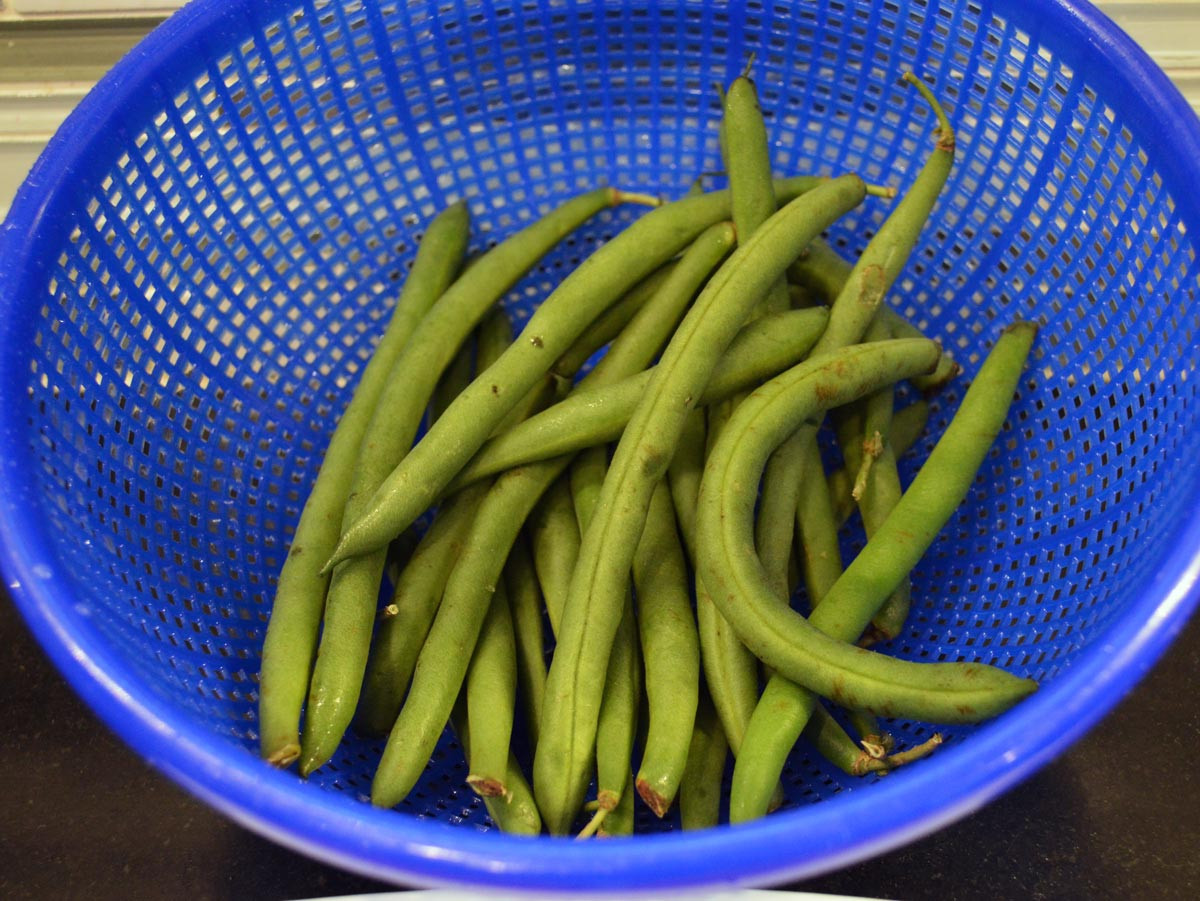 Now it’s time for green beans. Fill a small pot with salted water and bring it to boiling. 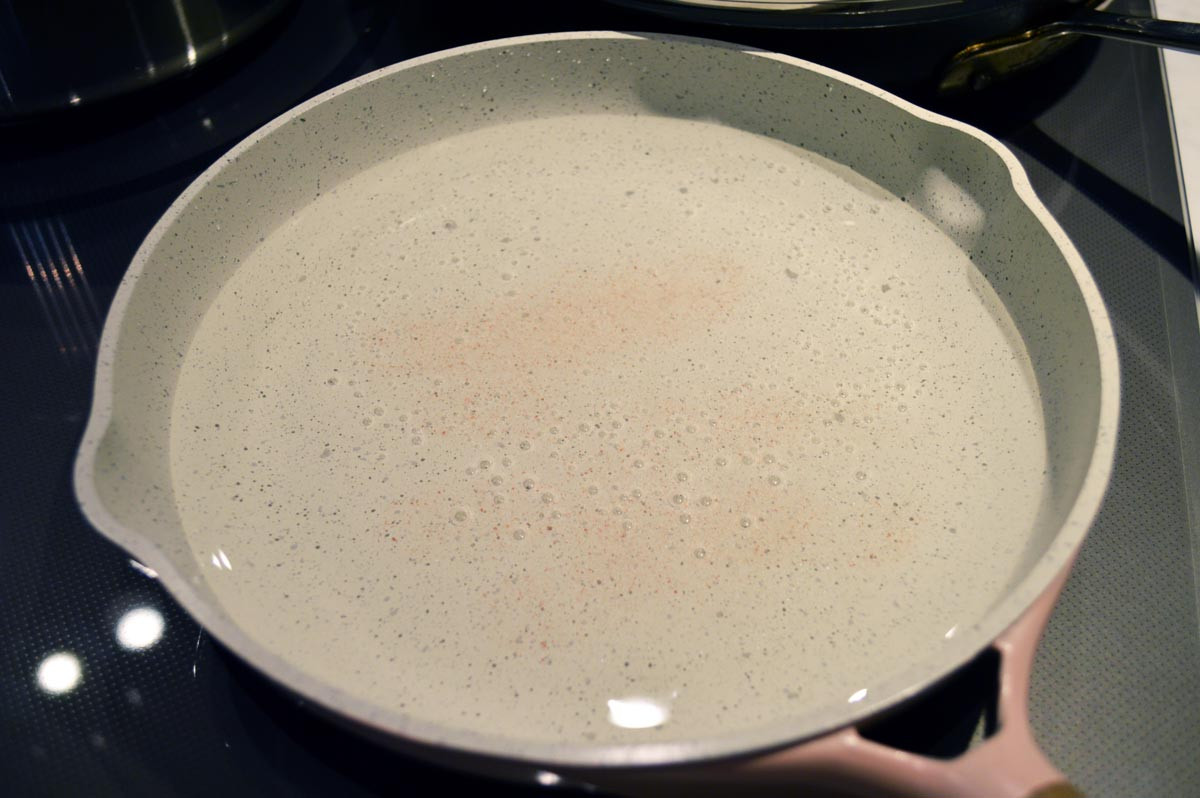 Add washed and trimmed green beans and cook them for about 4 minutes. 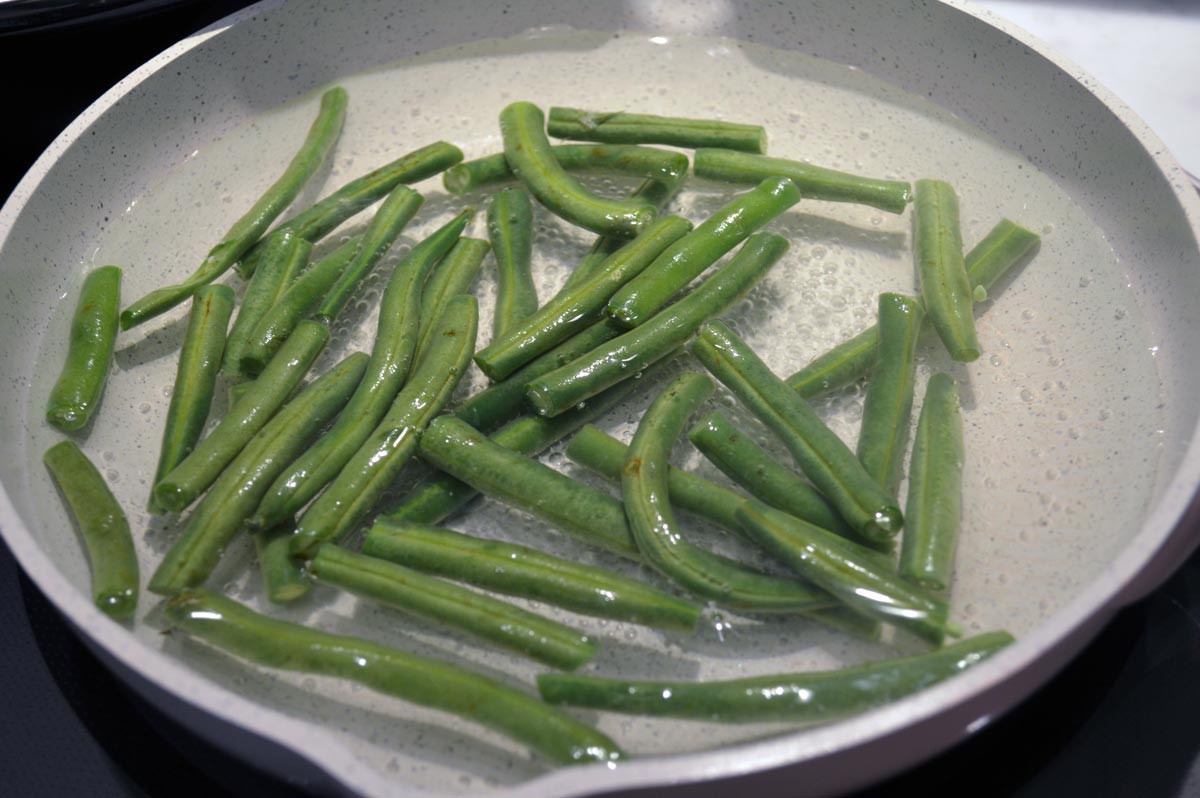 Taste them before turning the pot off after 4 minutes. Drain the water and salt to taste. 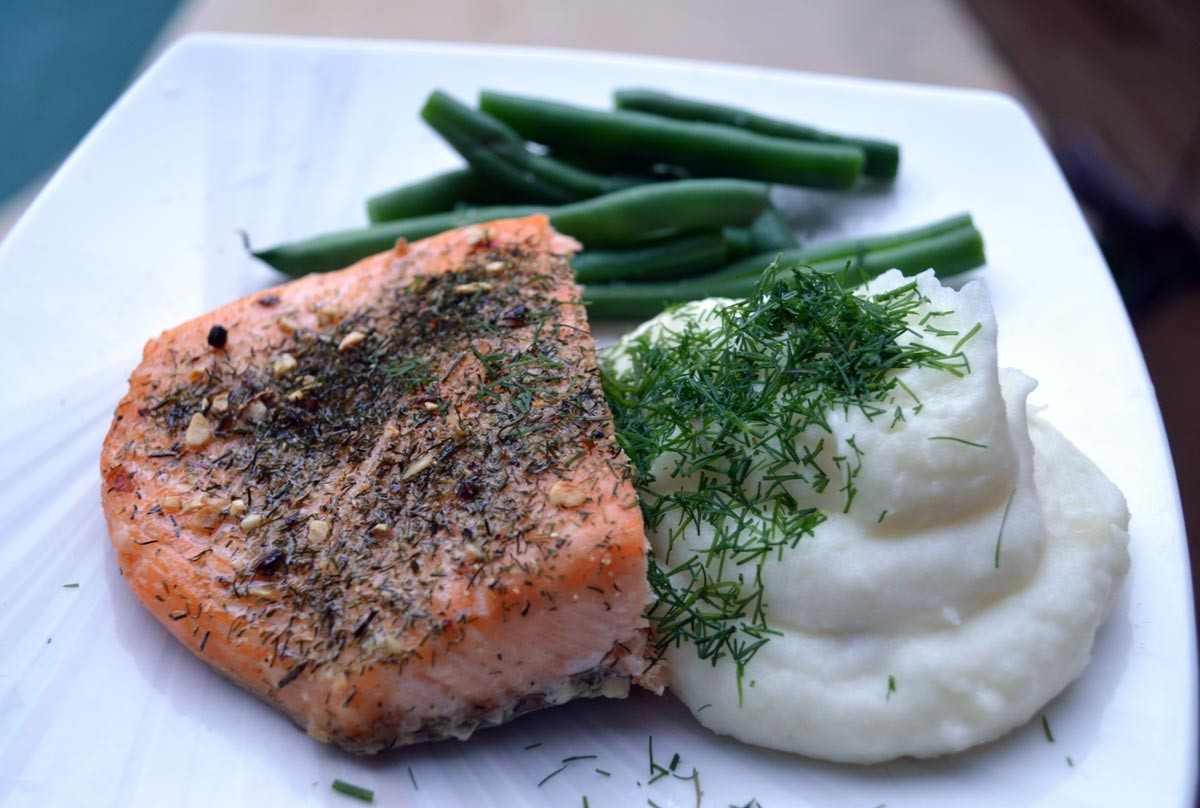 You are done! Arrange fish, mashed potatoes, and green beans on the plate and enjoy while hot. You are welcome!