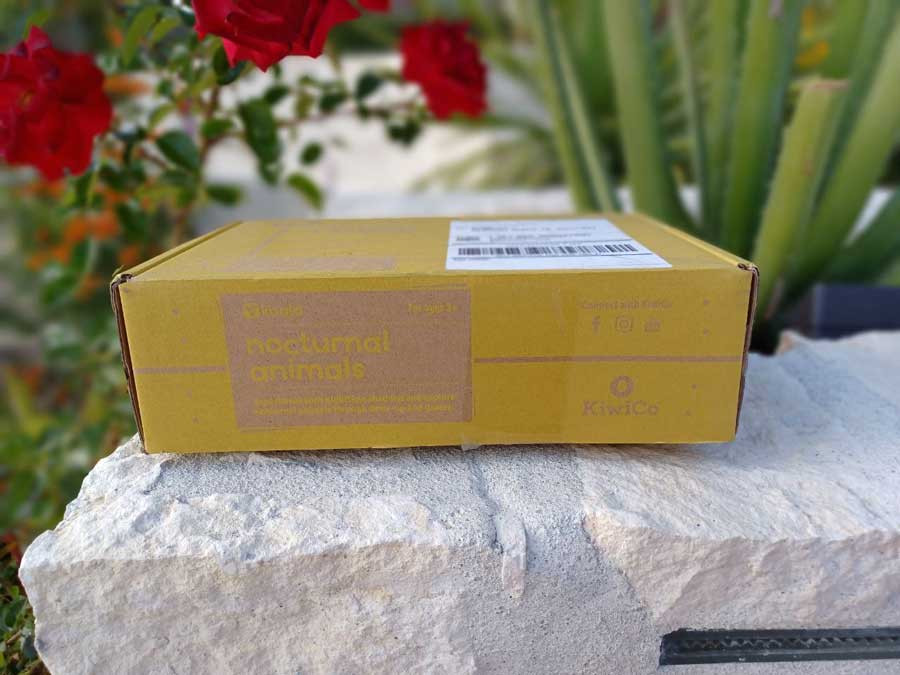 Many wild animals go hunting and exploring the wilderness under the cover of the night. Nocturnal animals have special eyes that glow yellow, orange or green in the dark when light hits them. Kids can learn a lot about the behavior of crocodiles, lions, wild cats, bats, bullfrogs and others with Nocturnal Animals box from KiwiCo. The company offers to experiment with nighttime shadows and learn about nocturnal animals through dress-up and games. All the projects are not difficult to make so even three year old kids will easily succeed in completing the projects themselves. 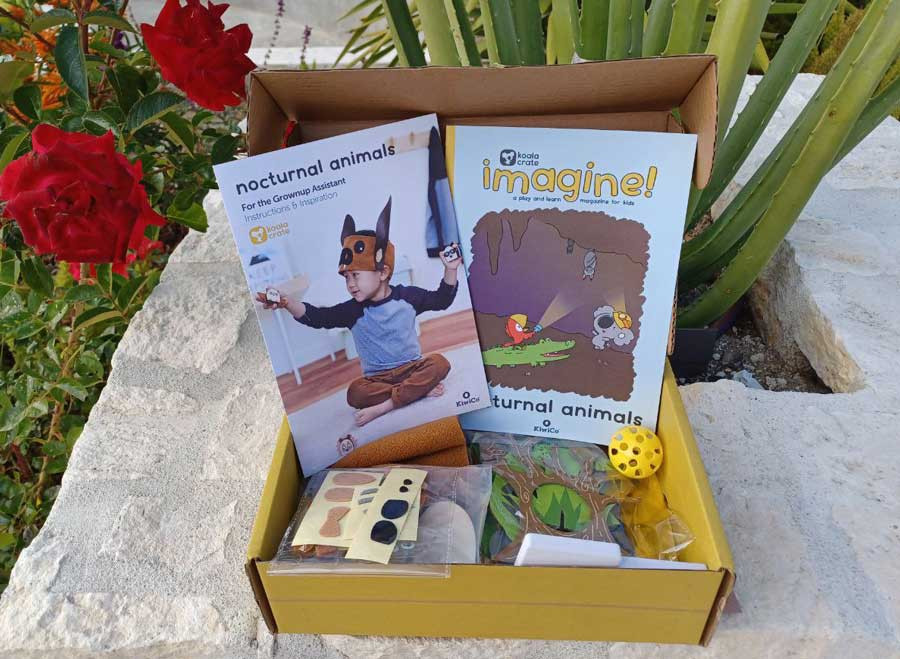 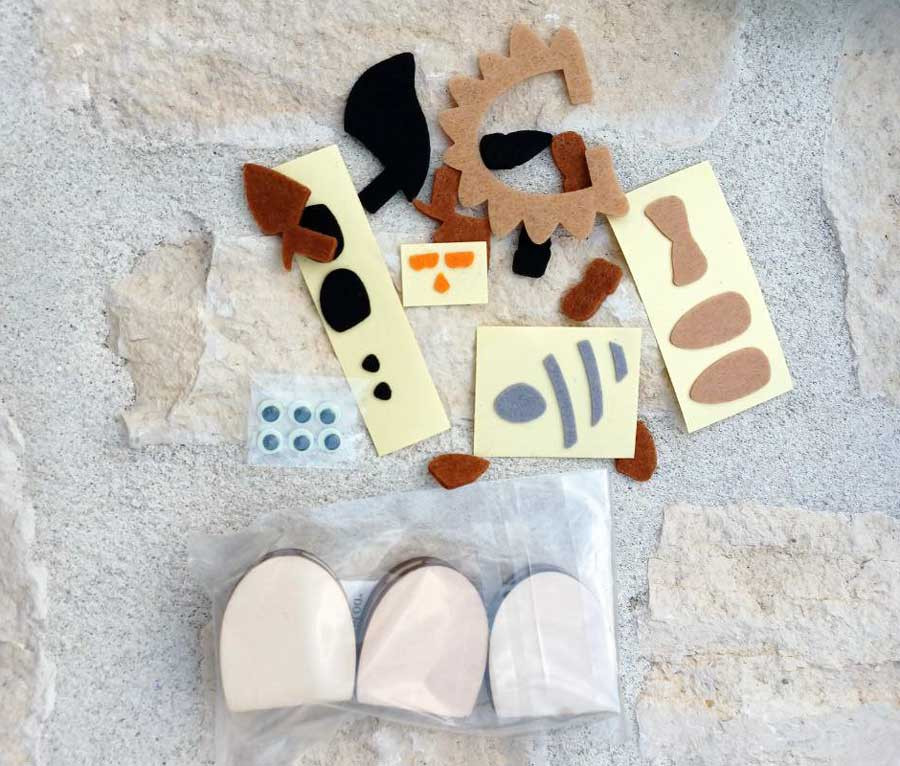 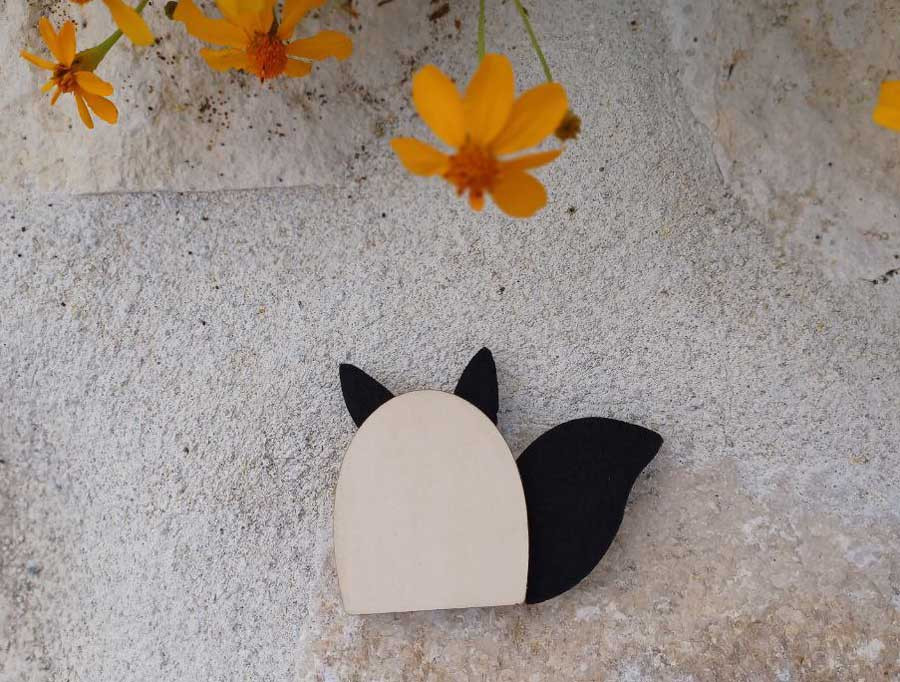 Attach two ears and a tail. 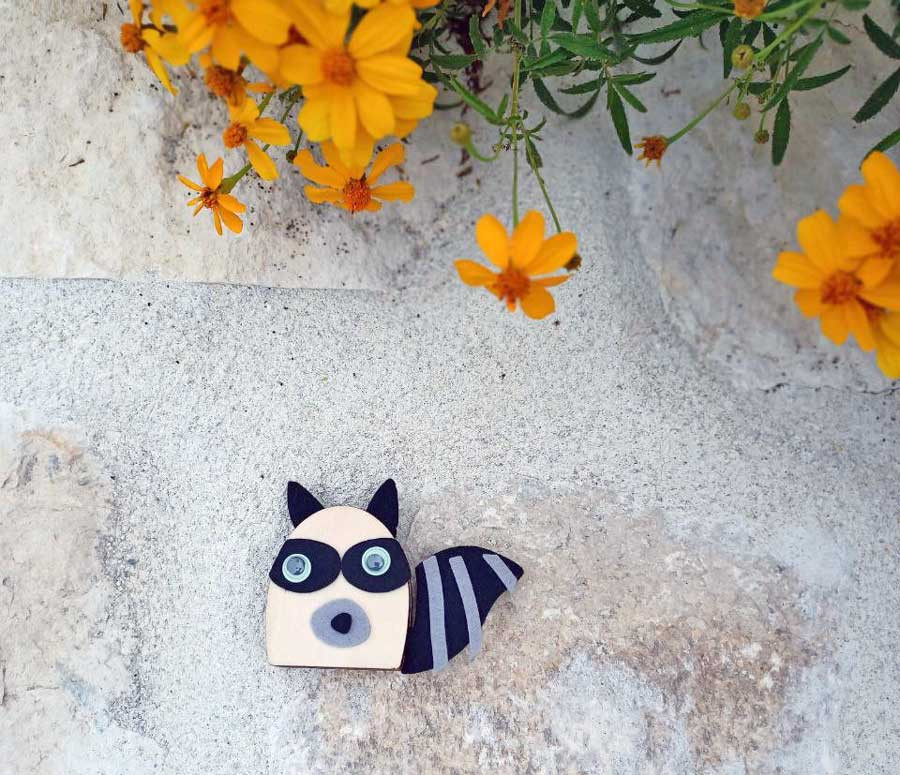 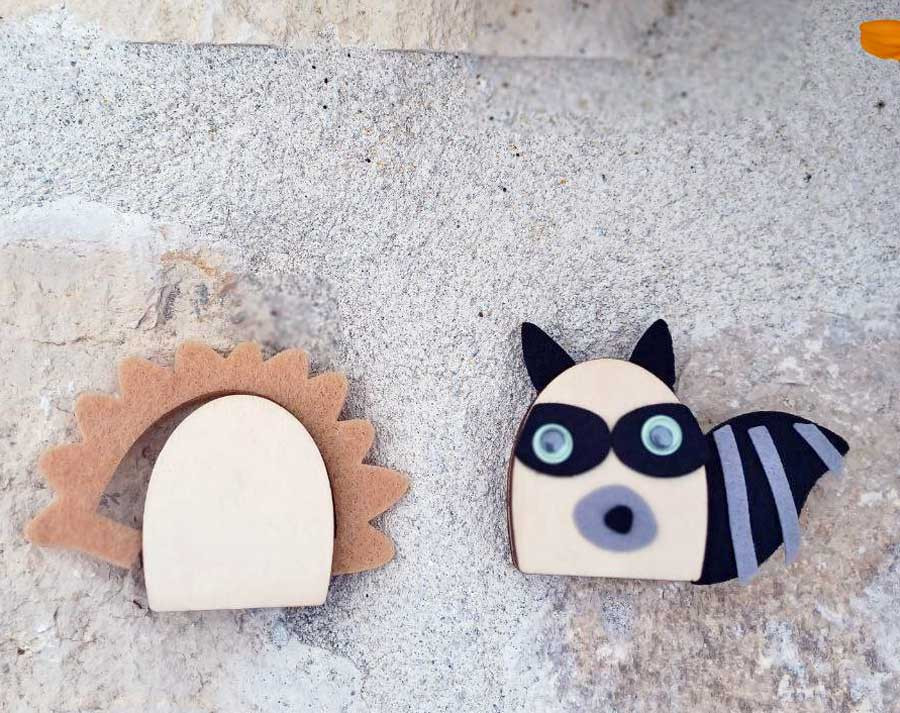 Add wiggle eyes and your nocturnal animal is ready to jump into the jungles. 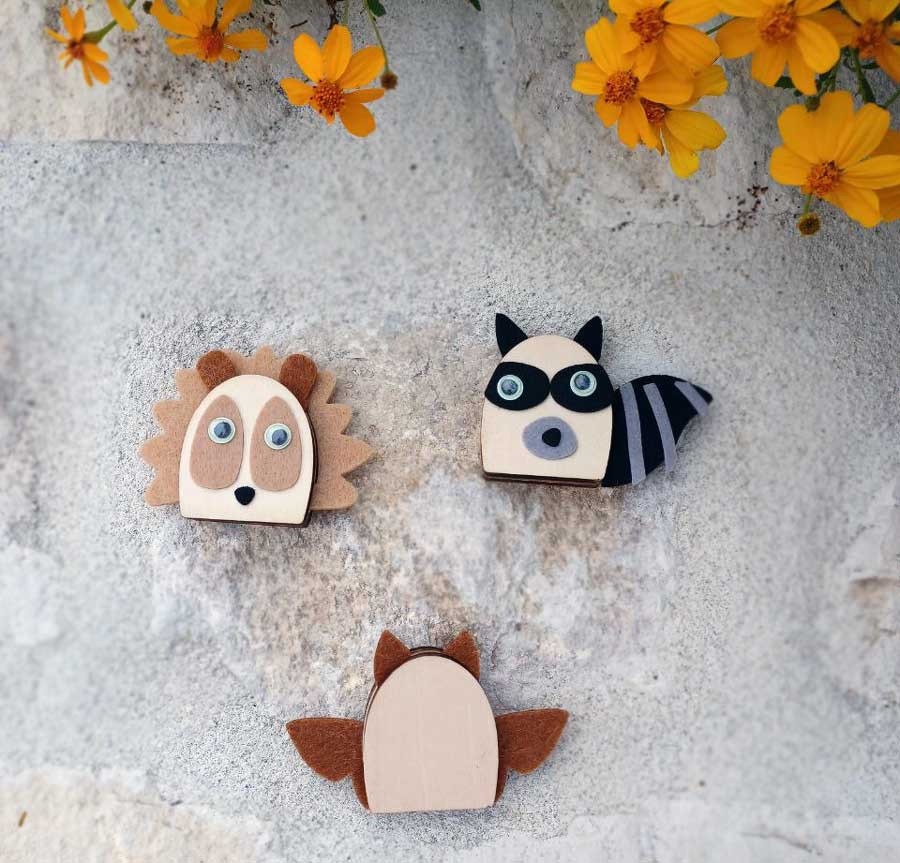 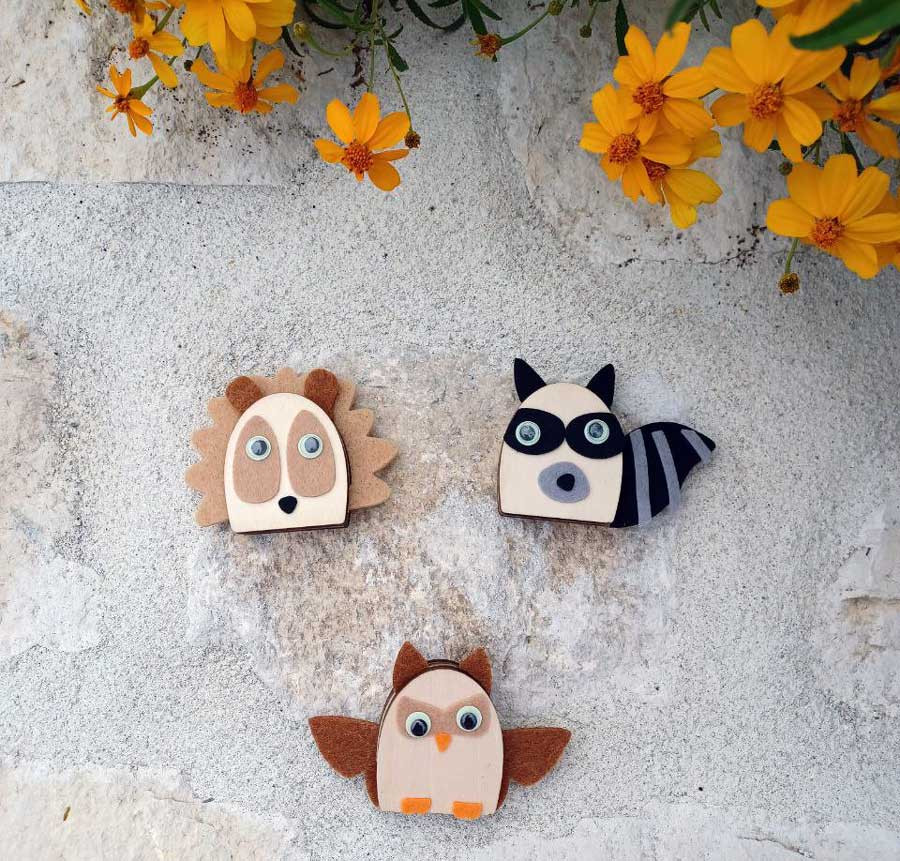 How to play: my son hid the animals in the room and turned out the light. He looked around and spotted several pairs of glowing eyes in the dark. He also used the flashlight from the box to scan the room for hiding animals. After finding them all the game is over. You can also hide the animals in the backyard and search for them with the flashlight. Kids usually like adventures like this. 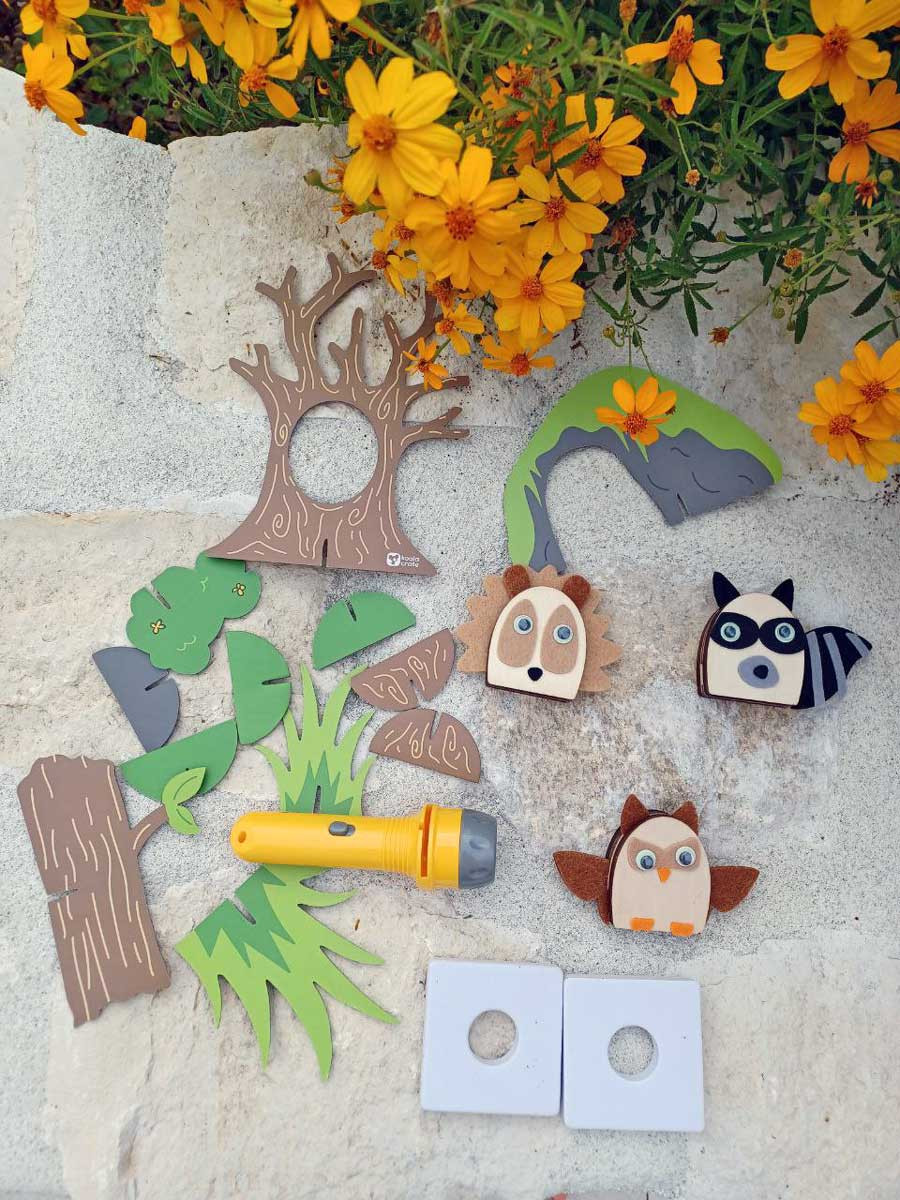 You will need night animals from the first project, a flashlight, foam squares and scene pieces. 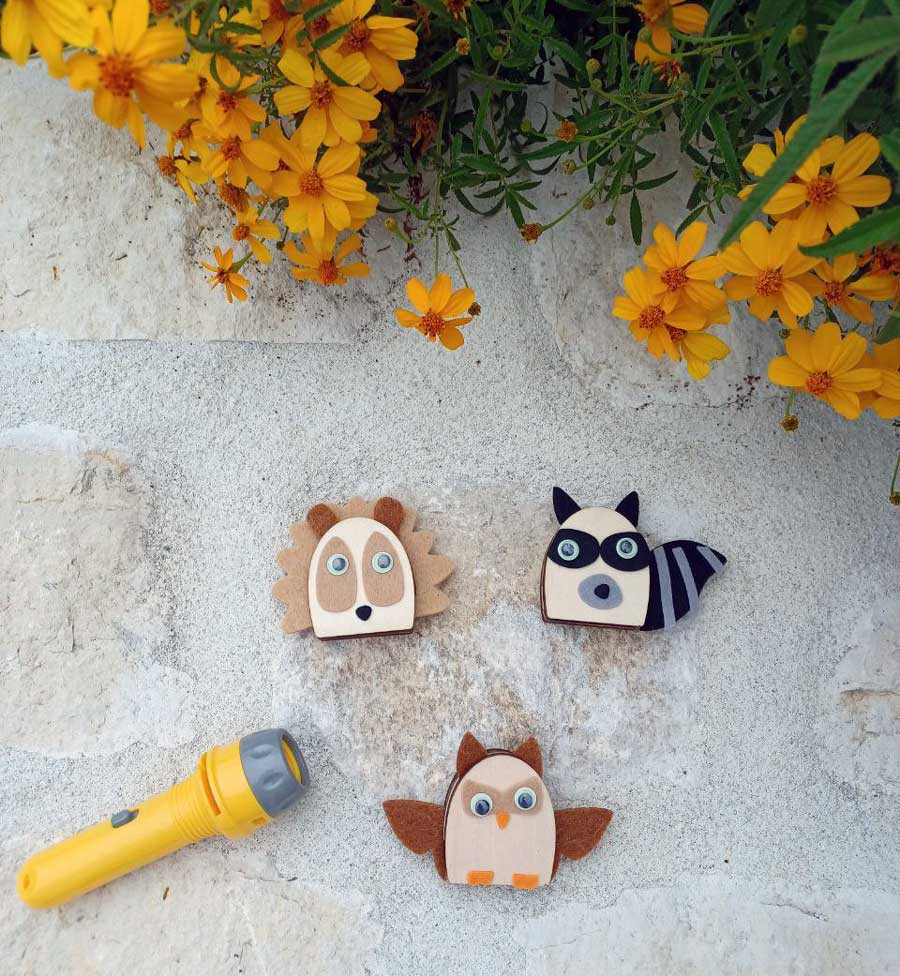 Make a stand for the flashlight using two foam squares. 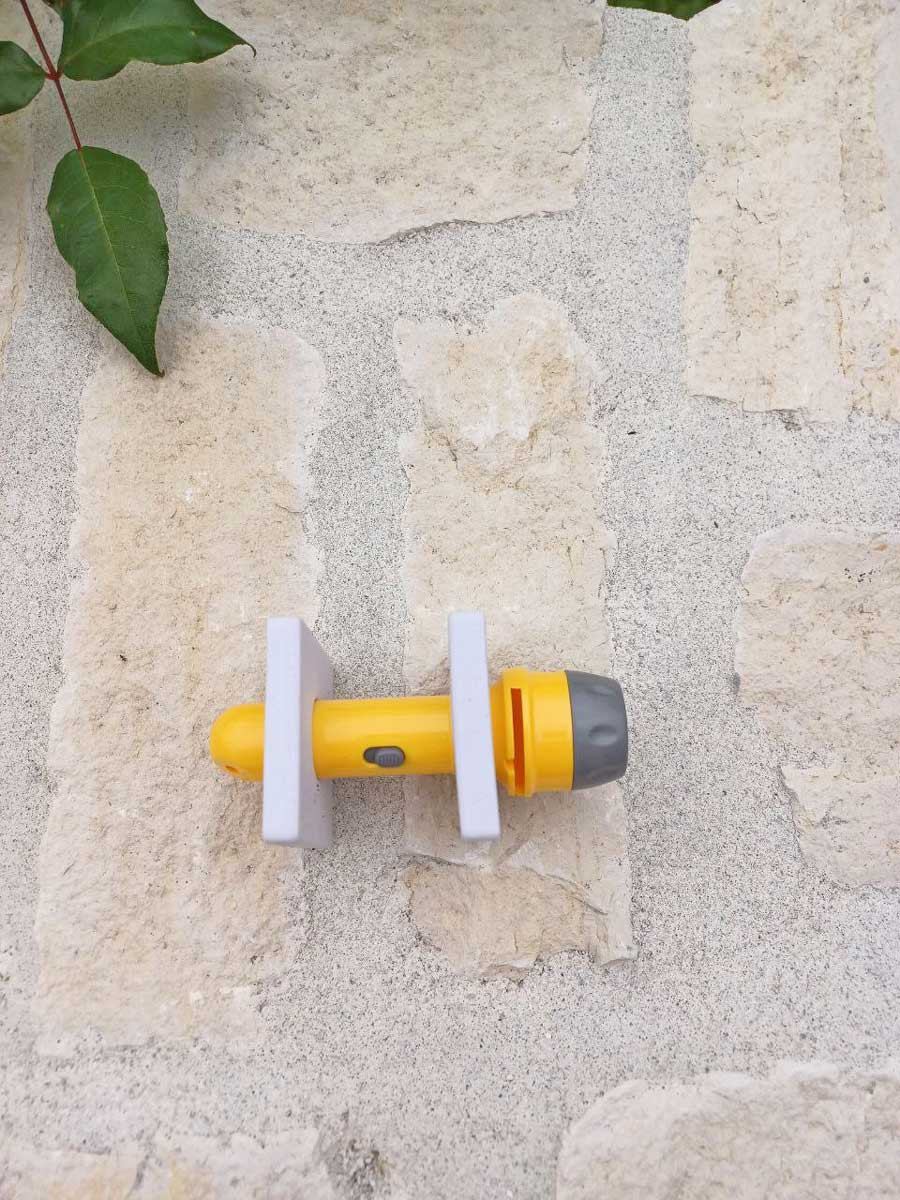 Slide the scene pieces together and set them in front of the wall in the dark room. 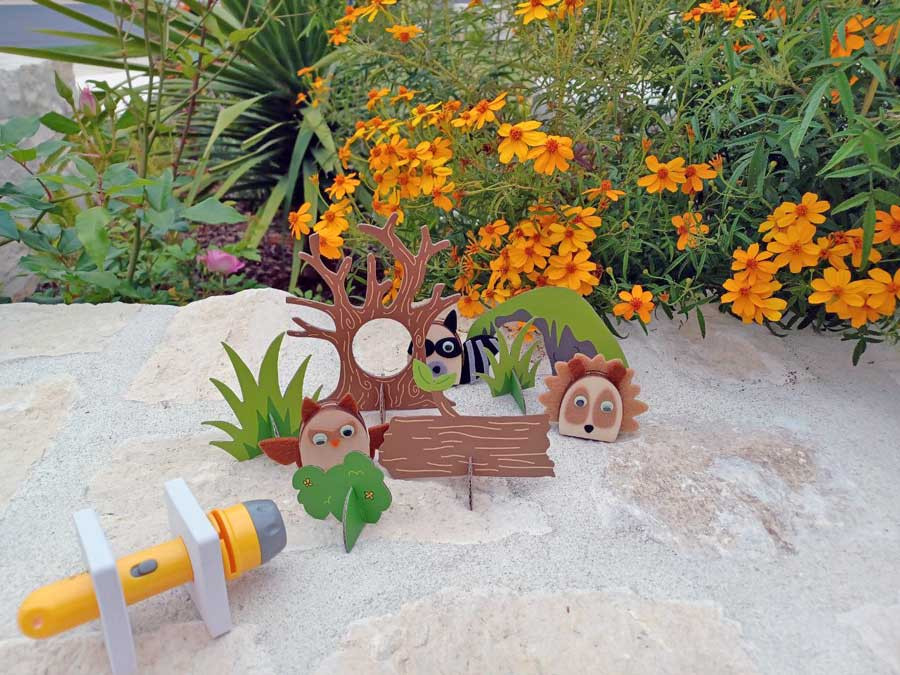 Set the flashlight in front of your scene so that it faced the wall.

Then turn on the flashlight and watch the shadows on the wall.

My son made a scene using all the animals, made up a whole story and acted it out.

You will need a headband, bat ears, big felt stickers, felt wings and a jingle ball. 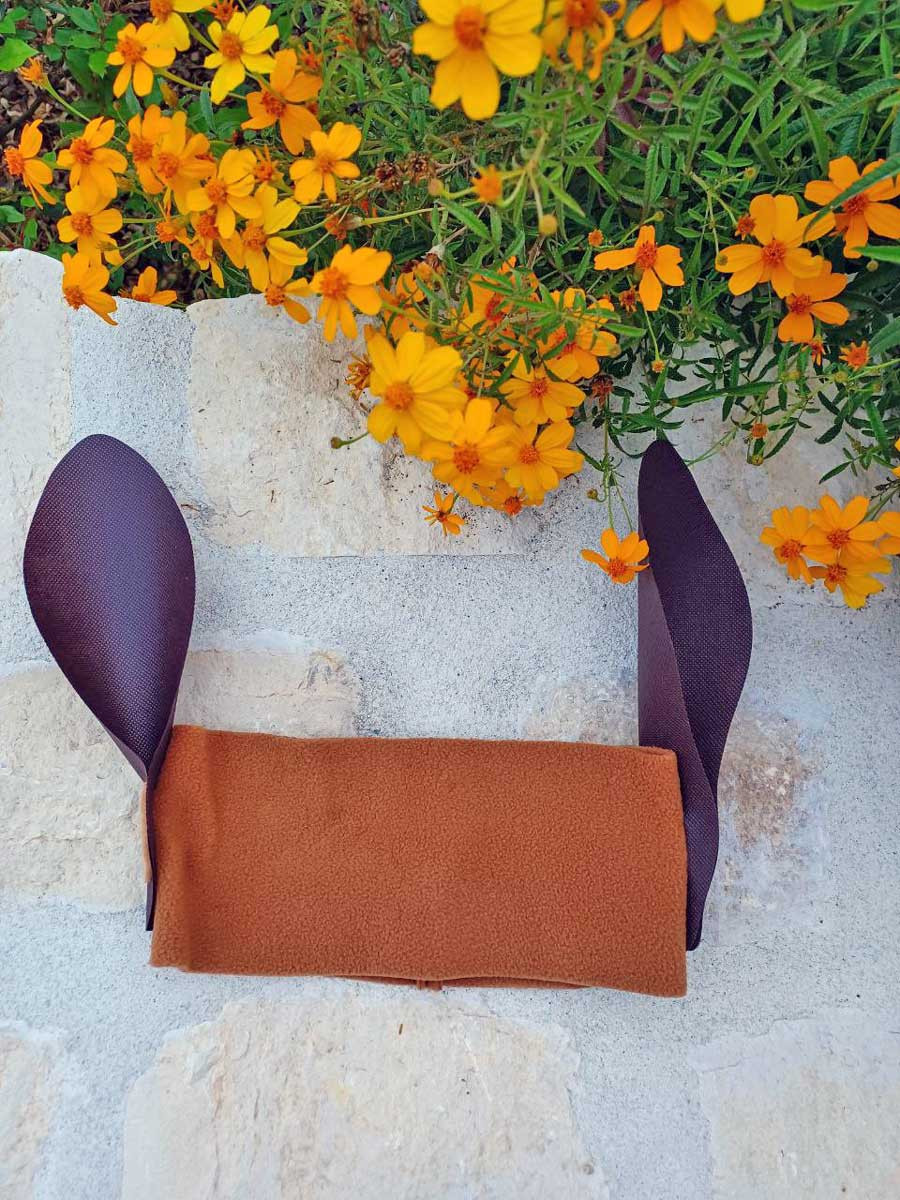 Fold the bat ear in half and slide it onto the headband.

Use the felt stickers to add a face to the headband. Now you can wear your headband! 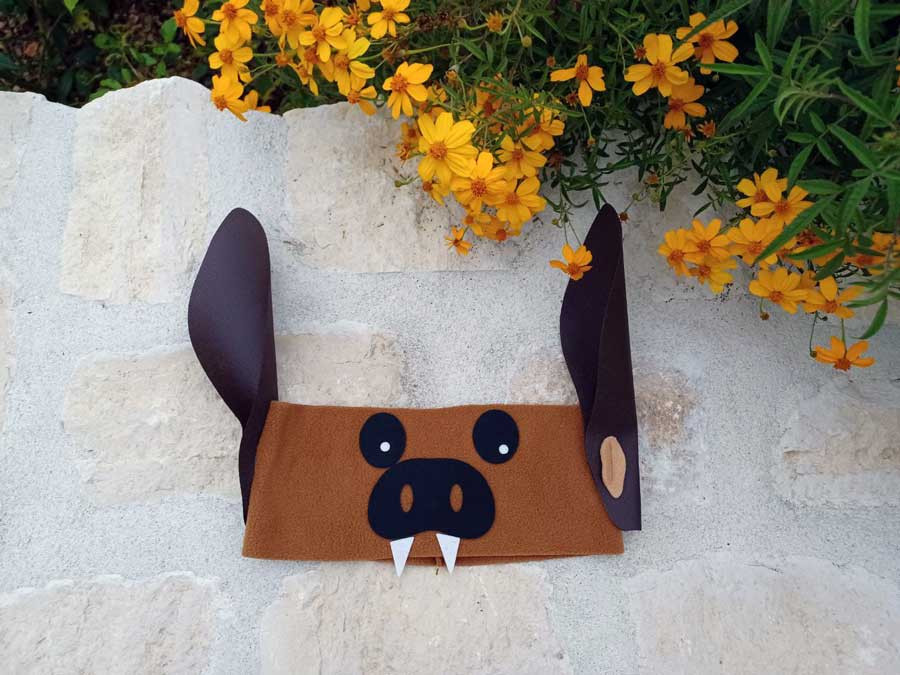 Create a moth by pinching the tabs together and push the tables into the jingle ball to play.

My son and I played the following game. He put on the bat headband and imagined to be a bat. Then he closed his eyes and tosses the moth with the ball behind him. Then he pointed to the place where he thought the moth landed. After that he opened his eyes to see whether his guess was right. Or you can ask a friend to walk quietly around the room or the open space and shake the moth so that the bat could guess where it was. Meanwhile you can explain that bats have very sensitive ears and rely on them while searching for food. You can also discuss what foods bats eat: moths, mosquitoes and beetles. 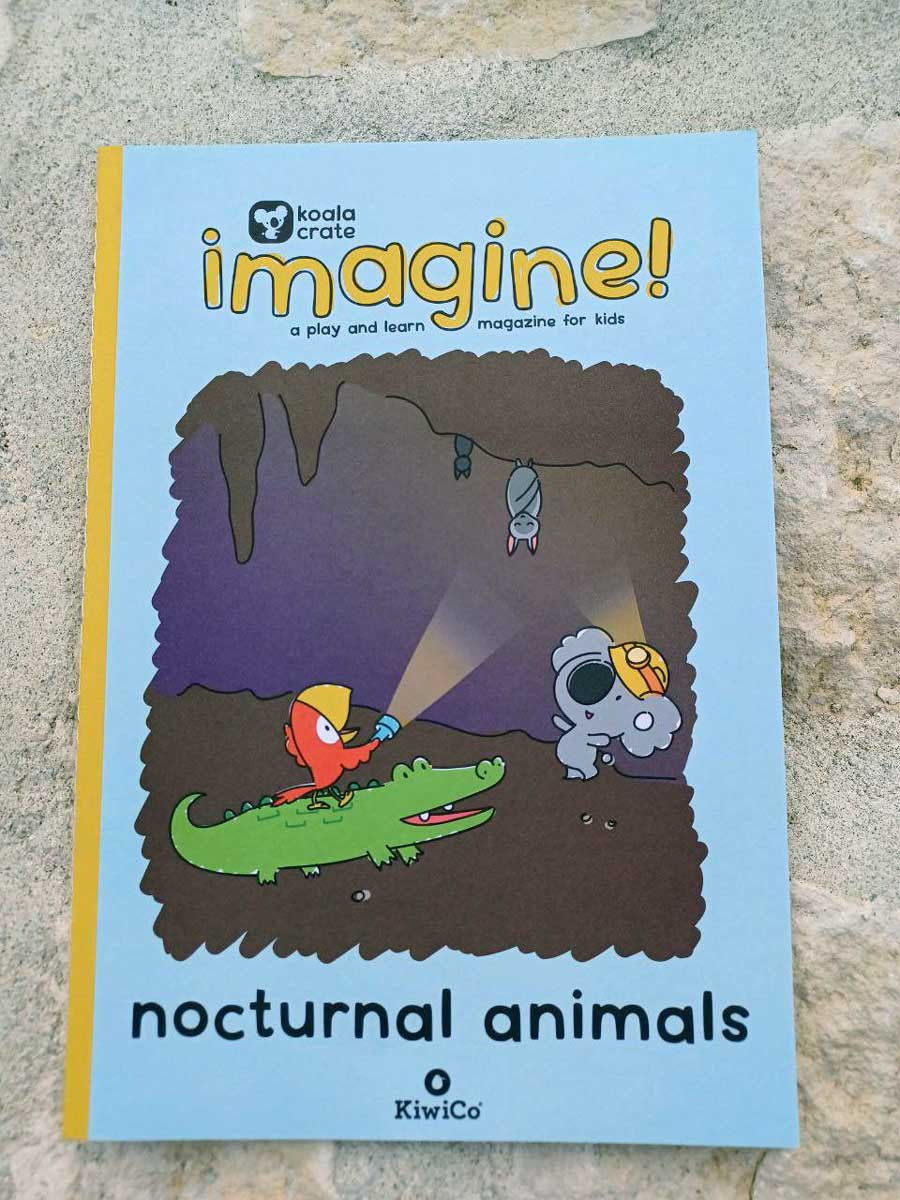 To learn more about nocturnal animals make sure you read the magazine together with the child. 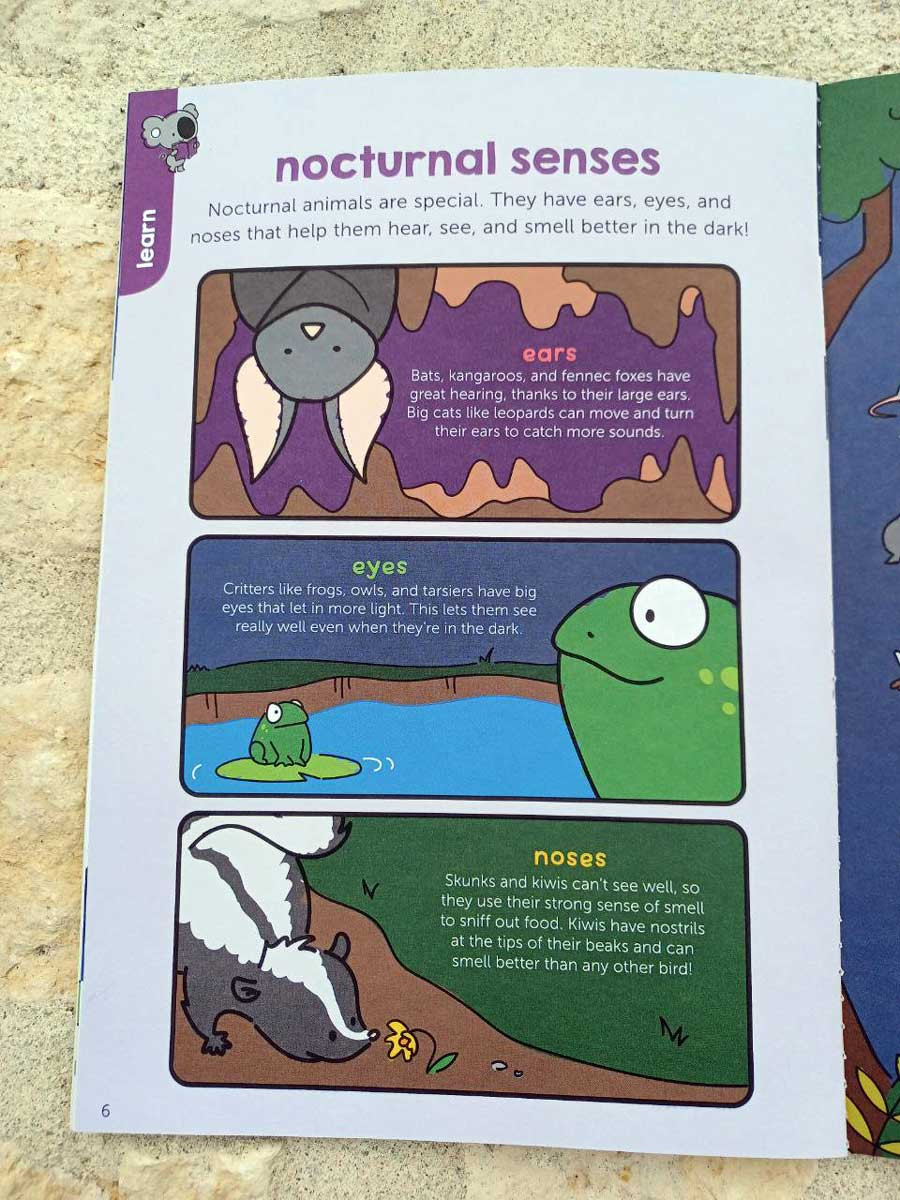 There you will find interesting information about special senses nocturnal animals have, what sounds them make and how different groups of these species of animals are named. 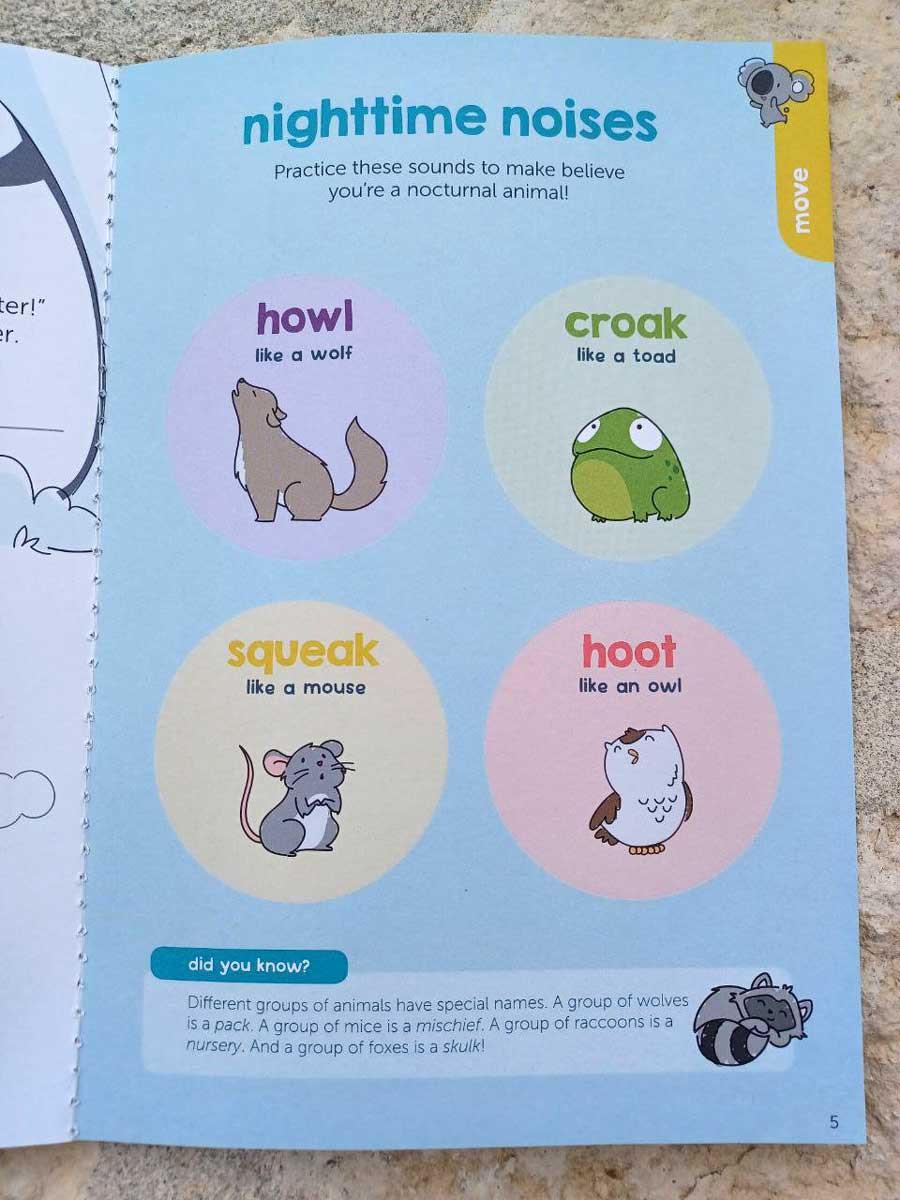 Nocturnal Animals box from KiwiCo was a great fun. Not only did my son get many handmade toys, but he also learned to play different games and discovered a lot of interesting things about animals who hunt at night. I highly recommend this box for kids aged 3 or 4 years old, as the projects don’t require having elaborate skills and don’t take much time to finish.

Why I Love KiwiCo. An Honest Review from a Teacher.

I loved all the activities that came in this box and was really impressed with the quality of the materials. Each project had directions with illustrated pictures that made it easy to follow.