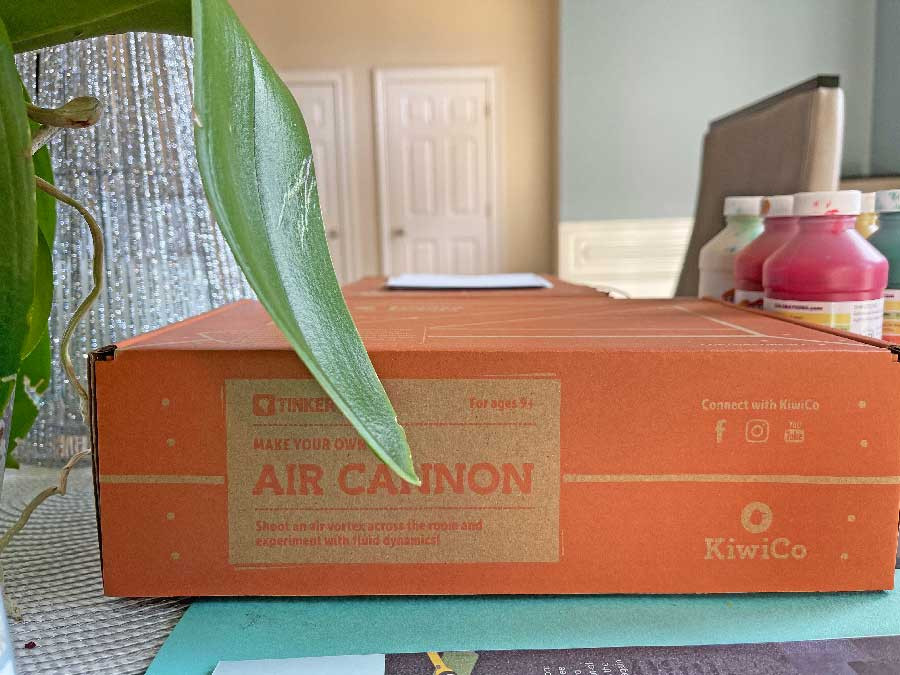 I have KiwiCo subscription for both of my kids for a few months now and while my daughter loves her, my son goes absolutely crazy over his. He is getting Tinker crate, which is perfect for boys and girls who like building stuff and messing with electricity. My 8 year old fits this description to a T and so there are no questions why he is hooked on his Kiwi Tinker crates. 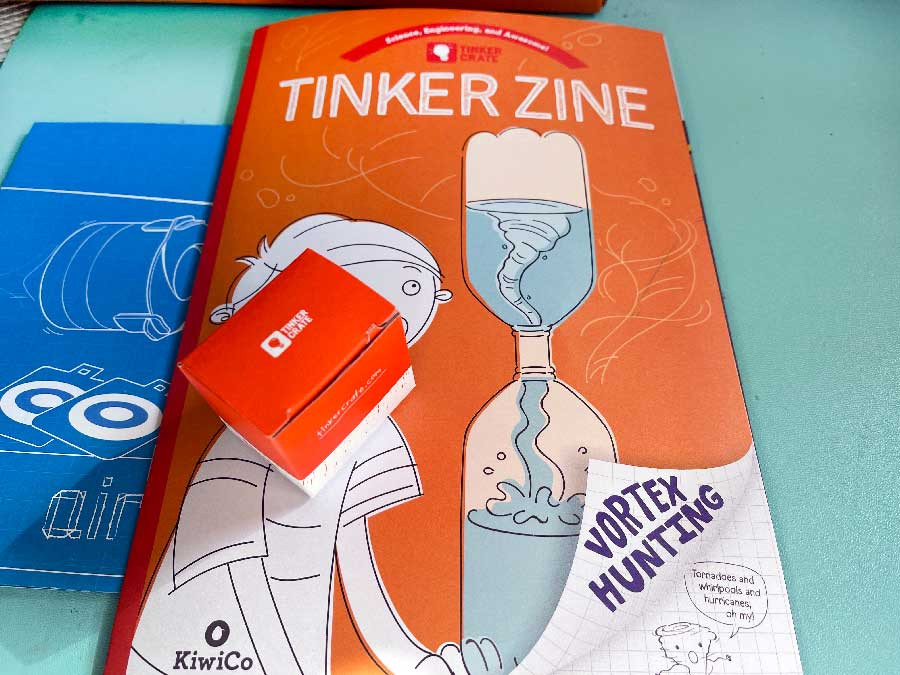 I have to make time to take pictures of him opening his box as soon as it arrives, because there is no waiting. And to be honest, this is the one toy, if I can even call it a toy, which I don’t mind buying and letting him play with. It is 100 better than all his video games and pointless chats with friends put together.

Each monthly crate costs $19.99, but I consider this money well spent, because KiwiCo is all about STEAM and learning through play and fun. My son is working with physics, science, and engineering without even knowing it. How cool is that?

Kids have been especially bored at home now since virtual learning has returned. In addition to that, it’s been really cold outside for weeks now, so any meaningful entertainment is very much welcome in my house. Every new Tinker crate means guaranteed couple of hours of activity. Sometimes even old KiwiCo projects make their reappearances again and I am absolutely happy about that. Having something that your child likes over and over is a lot better than something that he or she plays with once and is done for good.

Long story short, we love our Kiwi crates and will stay with them for a while longer. The first subscription I made was for 3 months, but I have extended it for another 3. I can now see that I might sign up for at least half a year next – this would save some money too because each box comes a bit discounted with longer subscriptions. 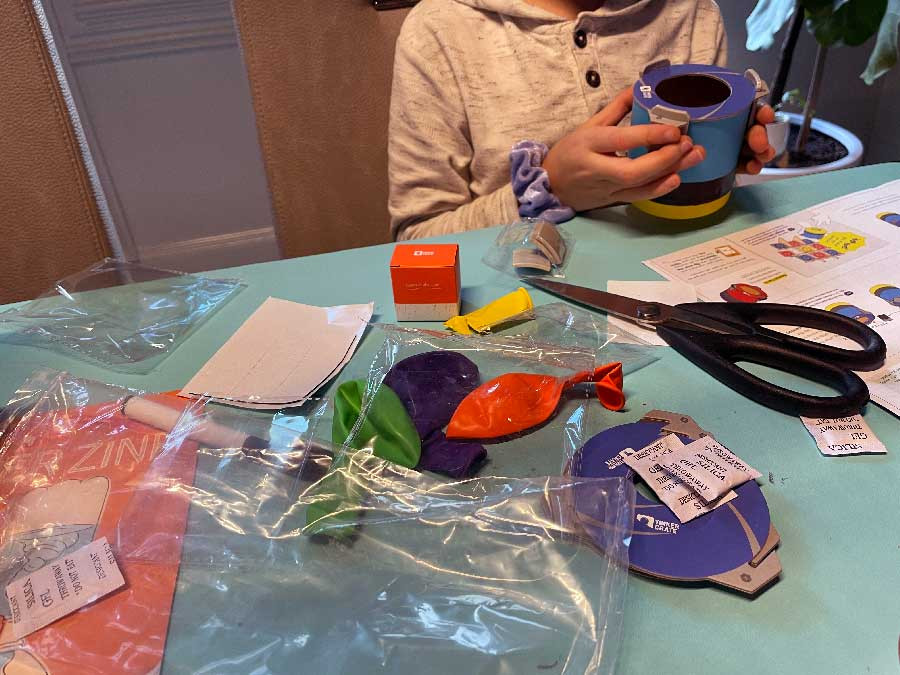 This month’s Tinker crate was about building an Air Cannon. It was one of the simpler projects and did not include any batteries or electricity. My son seemed a bit disappointed about that at first, but not for long. The first step was to make a target stand to be used by air cannon. It was a simple construction from wood and hanging paper targets. It took him really no time to make. 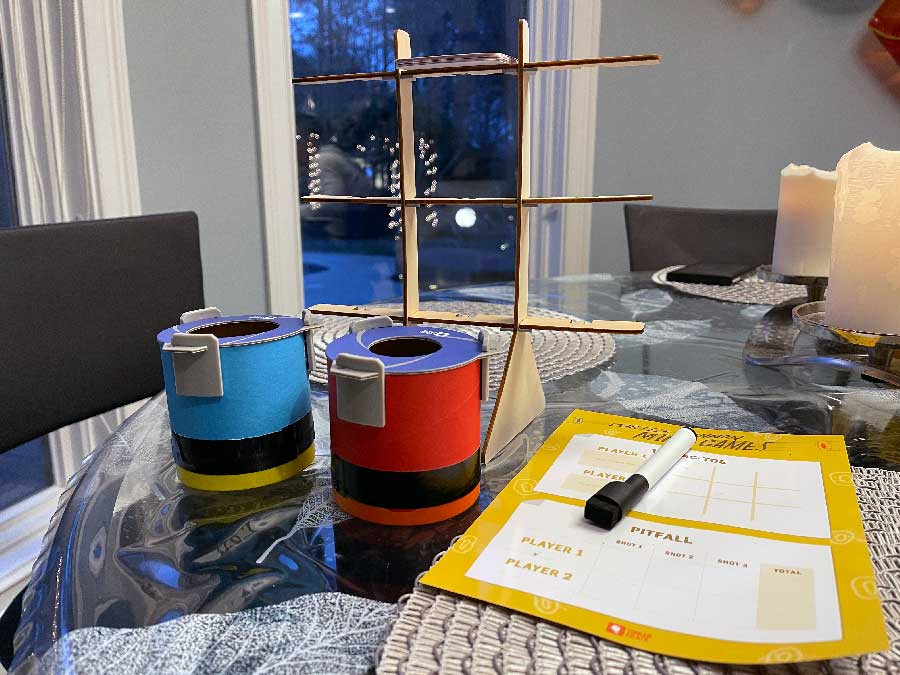 The second part of the project was to make two cannons. Those were also very easy jobs – a cut in half balloon had to be pulled over a paper tube and secured with sticky tape and clipboard rings. Once finished, this cannon released air with enough force to knock paper targets from the target board one by one. A few game ideas came with the board as well – kids can try how far the cannon can reach, see how long it would take to knock all the targets off, shoot targets from memory, and play tic-tac-toe, point palooza, the golden target, or pitfall. There is even a laminated board and dry erase pen included for those 4 games and directions at the end of Tinker Zine. 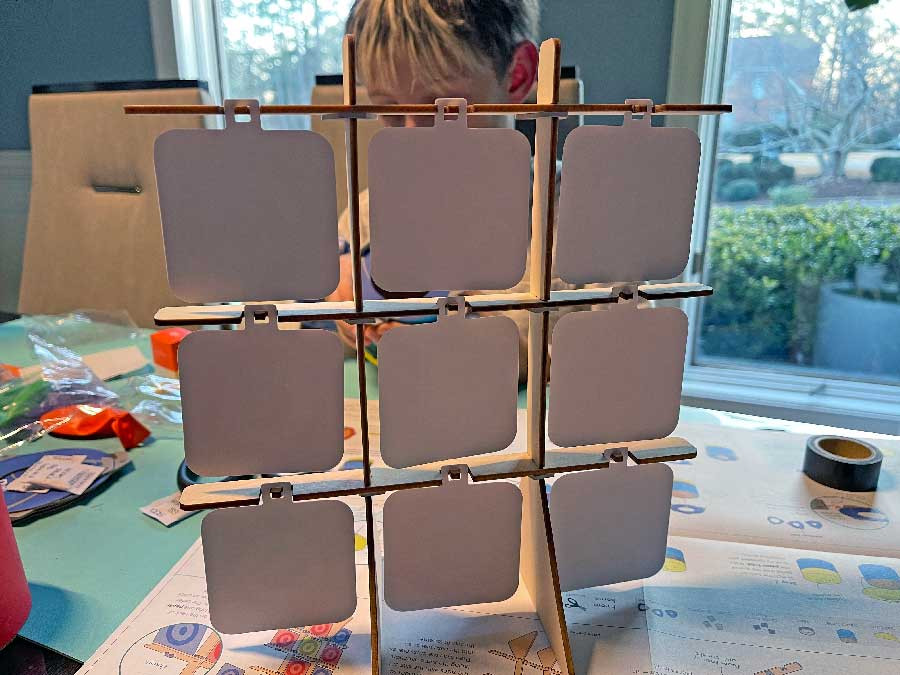 Since it didn’t take that long to build the main project this time, my son also got very interested in the Tinker Zine. The main subject this time, naturally, is the power of air. There is some really good information about tornadoes and air vortices. There is an experiment with smoke that is included in the box. We haven’t done it yet, because flame is needed, but it’ll be interesting what kind of smoke vortex will this little cannon make. 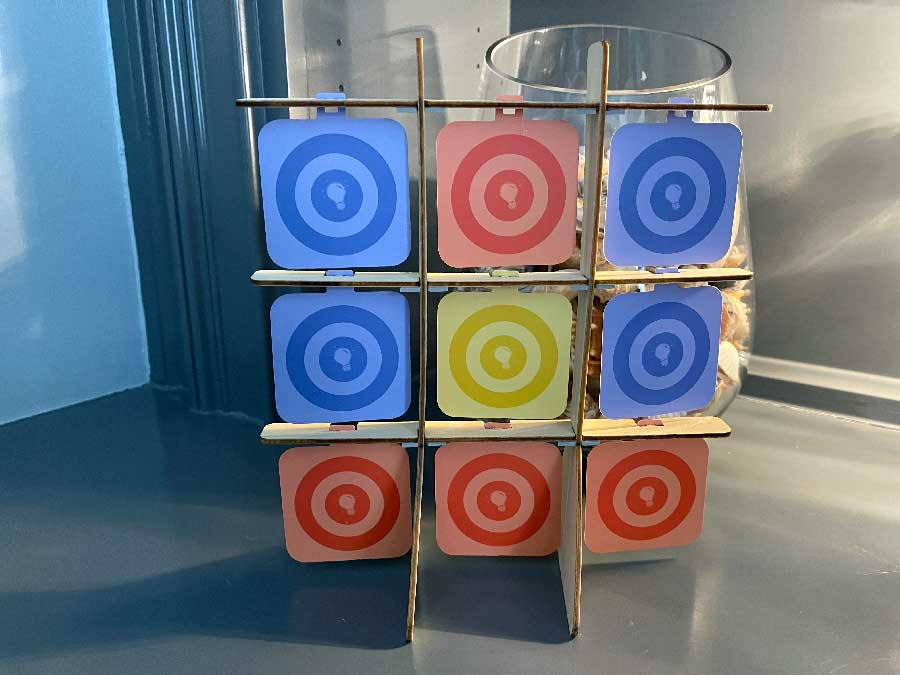 Tinker Zine has lots of information about natural water vortex phenomenon – how you can observe it in the bathroom sink, in nature, in literature, while paddling in a canoe, and even made by dolphins. And finally there is one more experiment - making water tornado from one plastic soda bottle into another. 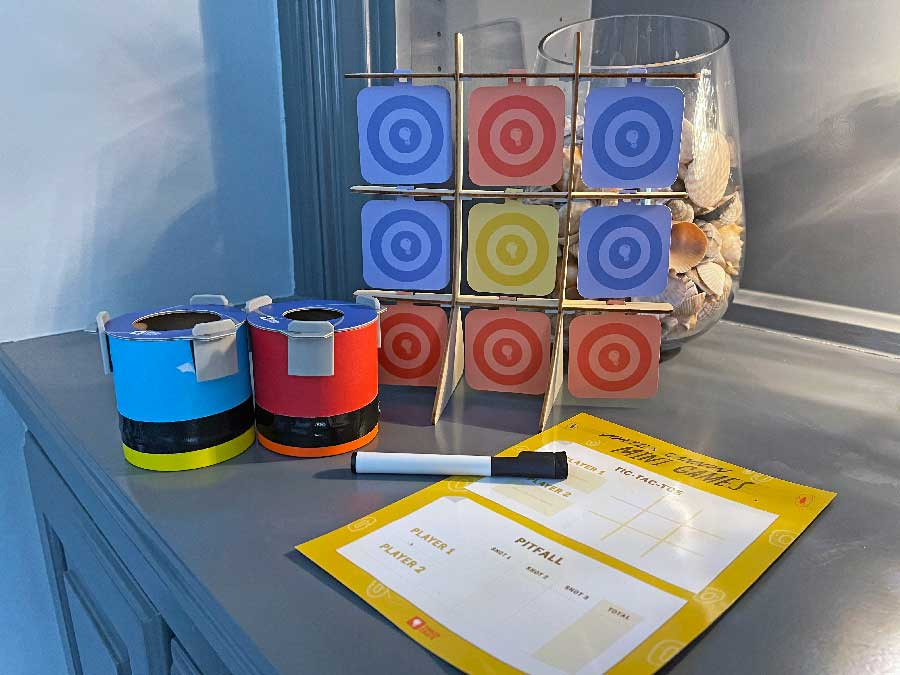 I think it’s safe to say that we will be looking forward to the next KiwiCo create as much as we have been before. And I am very happy about that!

Doodle Crate is my girl's favorite monthly delivery. She is almost 10 and has always loved various arts and crafts.

KiwiCo crates for both of my kids are my life savers during this never ending pandemic, when kids go to school 3 days and them stay home for 2 or vice versa.