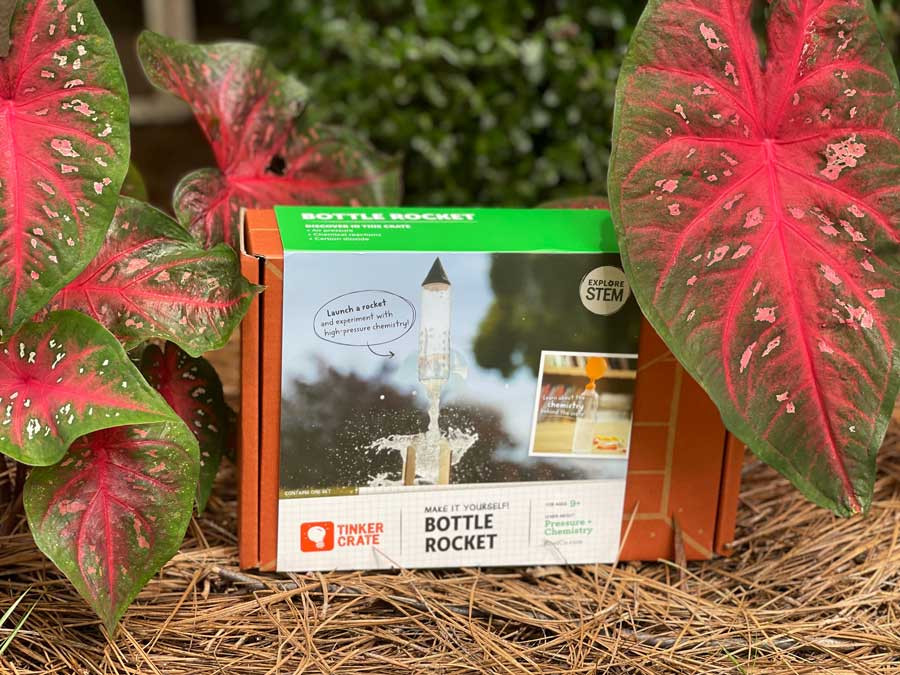 Let’s just start by saying that Martin really loves his KiwiCo Tinker crates, every one of them so far. Those crates really matched his personality and continue to do so. My daughter is almost 11 and is getting a bit bored with her Doodle crates, but Martin is still as passionate about his tinkering as ever, despite turning 9 in a few weeks.

He has always been into technology, electricity, and engineering – I blame that on his father. When he was three, he was going to be a bug farmer or a biologist, but as soon as he discovered computers, all the nature stuff was over and bugs were safe in our yard again.

Tinker crates are all STEM related and rely heavily on physics and various circuits. Most of them include some batteries and wires – both of these things are Martin’s personal heaven. He will spend as long as it’s needed to finish each of his Tinker crate projects and will not get frustrated even if something has to be re-done. He normally has hard time paying attention and focusing on something he’s not interested in, but KiwiCo crates are a different story.

I love them because they keep Martin occupied, he learns something new each time, and has no choice but to follow step by step directions. KiwiCo crates are not expensive at just $19.99 per month and require no effort from me to keep him away from screens, if only for two hours. I’ll take anything at this point! 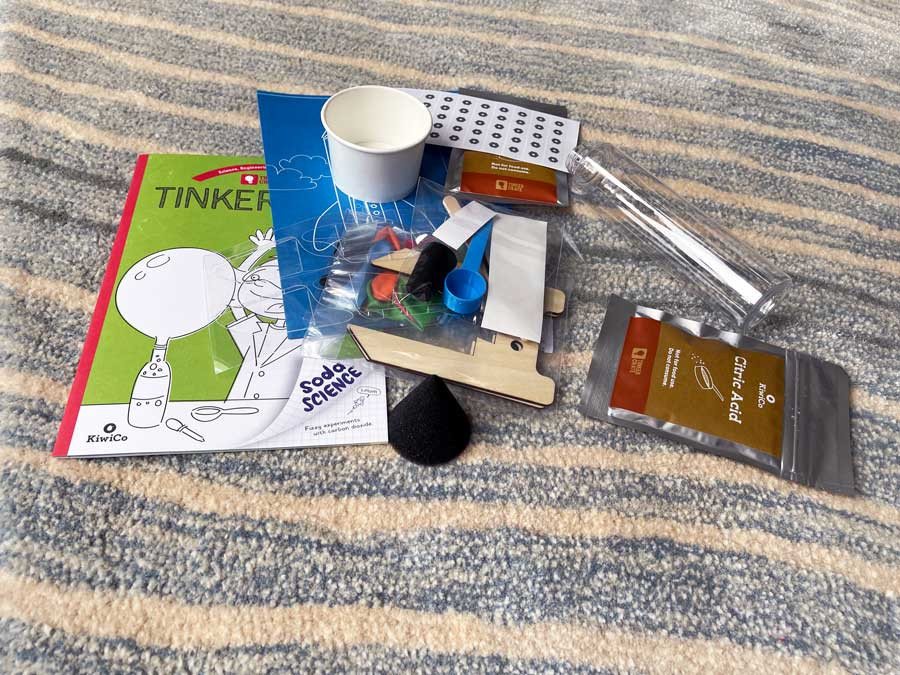 This month the Tinker crate wasn’t about batteries or physics, which was unusual. It was actually about chemistry and I have to admit that to me it was more fun than the usual engineering projects. I am happy to report that Martin didn’t mind it either.

Before the experiment itself could take place, Martin had to build a wooden launcher for his rocket. It included some sticky foam, zip ties, and fitting wooden pieces together. Building the rocket itself wasn’t complicated either – adding fins to a plastic bottle and attaching a pyramid shaped nose. 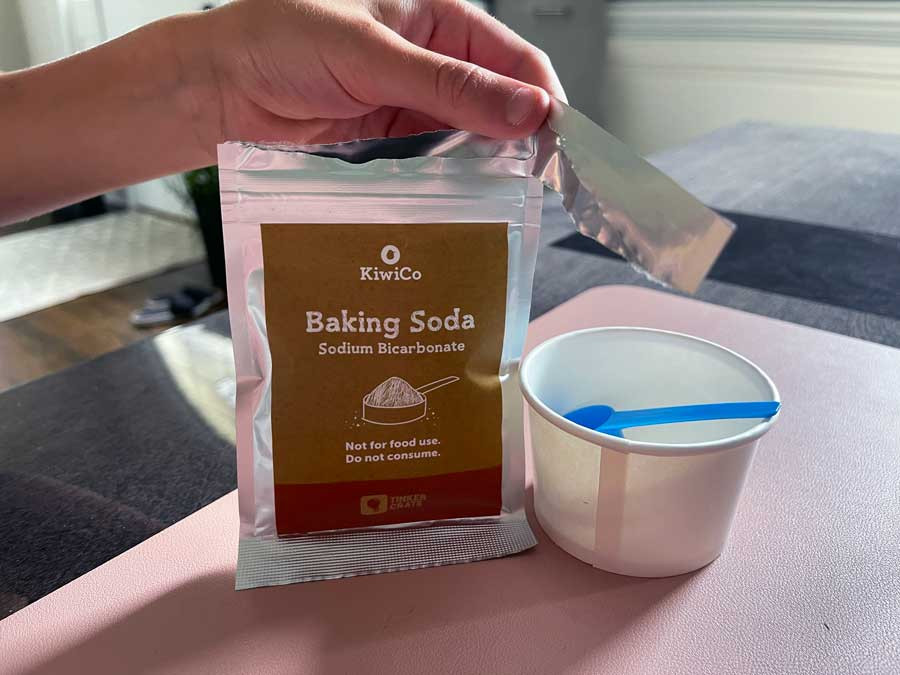 The most fun part came when we took the prepared rocket and launcher outside and got its fuel ready. Fuel was citric acid and baking soda mixed together. Both ingredients came in the crate, all we needed was water. We filled the upside down rocket with water, then added the powdered mixture, immediately pressed the launcher onto the rocked, and flipped it back up. 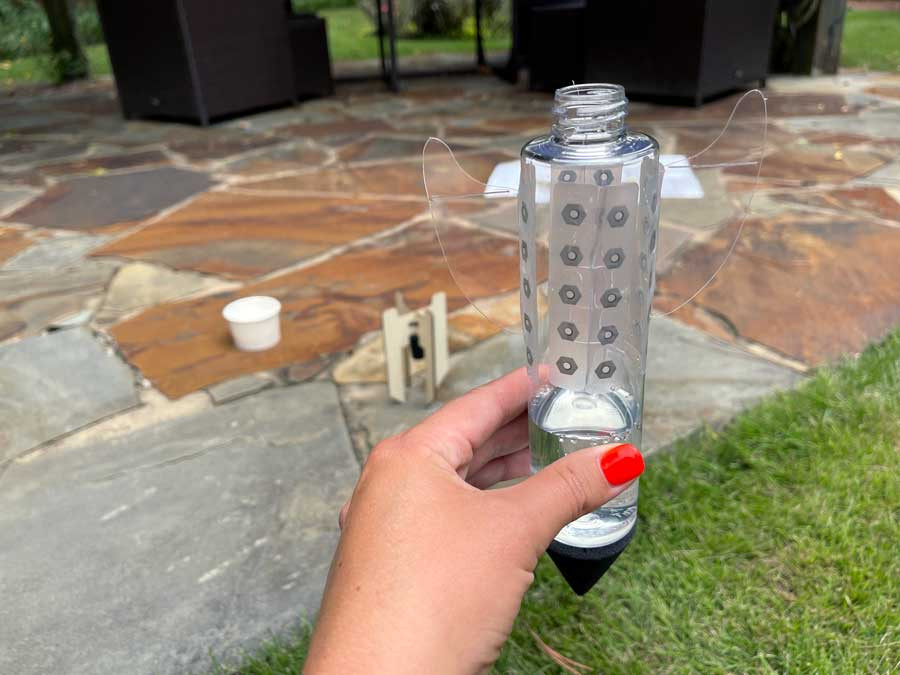 We placed it on the patio surface and within half a second the rocket shot up and landed not far away. It was so fast that we couldn’t even see how high up it went. The dry ingredient mixture was enough for 4 launches, but we did only one, because we had to leave for a karate class right away. By the time we came back it was hardened and glued together. I have both of those ingredients in my kitchen, so we are planning to do this experiment again while somebody films a slow motion video of the rocket launch.

While the project wasn’t complicated or time consuming to make, my son enjoyed it no less than all the battery operated wonders he’s done before. And as a result he learned that simple baking soda can be quite reactive when mixed with other mediums. I hope this introduction to chemistry will be useful at school one day. 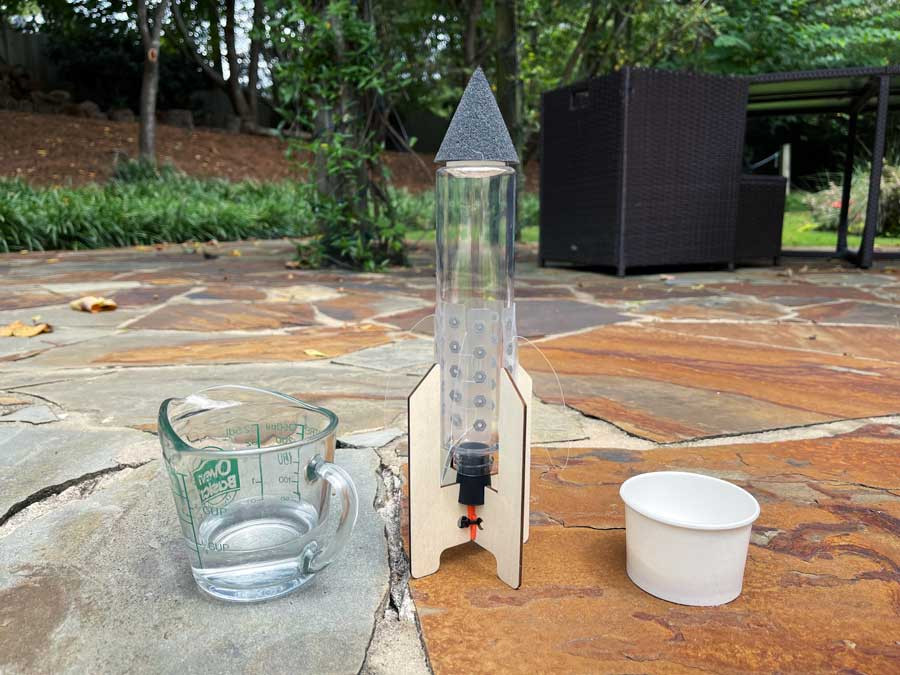 As always, besides the project itself, Tinker crate always comes with a TinkerZine. This time it’s dedicated to soda science. It talks about carbonated drinks and natural springs, which are the result of carbon dioxide being present. The reason for rocket’s lift off, it turns out, is the reaction’s byproduct – carbon dioxide, which creates pressure in the bottle and shoots up. I love learning things like that myself and I am way past 9 years of age!

The rest of the TinkerZine has useful information about air, gases, pressure, and even balloons. There is a neat experiment with a balloon, which we will do for sure to see how compressing gases can help blow the balloon up. It’s the same principle as a shooting rocket, but with a balloon instead.

Finally, there is a recipe for fizzy candies, which sounds good, but it requires a ton of sugar, corn syrup, and food coloring, so hopefully Martin won’t find it.

I am one of these parents who struggle to keep their kids busy during summer. And it's my own fault because I didn't sign them up for any summer camps.

Doodle Crate is my girl's favorite monthly delivery. She is almost 10 and has always loved various arts and crafts.

This year's first Kiwi crate for my daughter came right in time for the days that she had virtual learning.