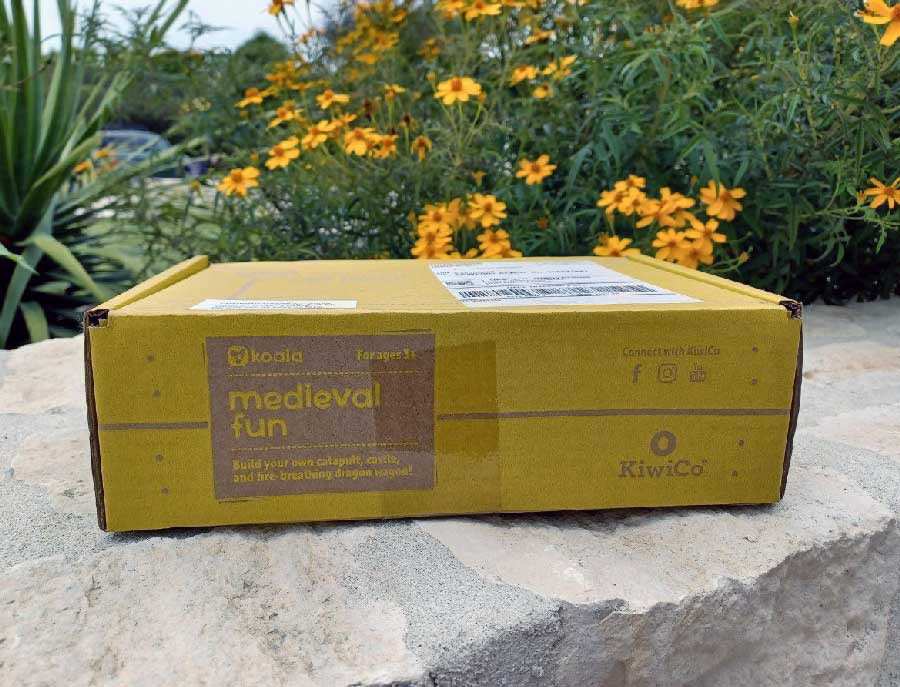 All the kids dream about either being a princess to be saved by a brave knight or a knight fighting the dragon to rescue the princess. So KiwiCo Medieval Fun box is just perfect for both a boy and a girl to inspire for creating his or her own adventure stories. With this box you can build your own Medieval castle, catapult and fire-breathing dragon wagon plus learn a lot about various inventions created during Medieval times. 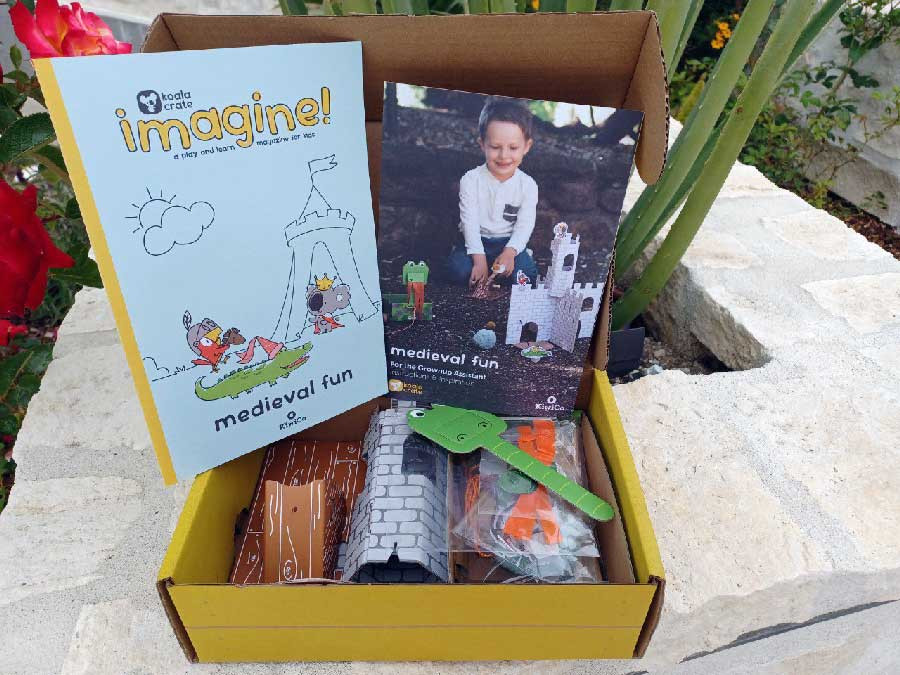 My son is a big fan of KiwiCo creative projects. Each box contains supplies for three projects and he decides by himself which one to start with. This time he started with the first one – the catapult. 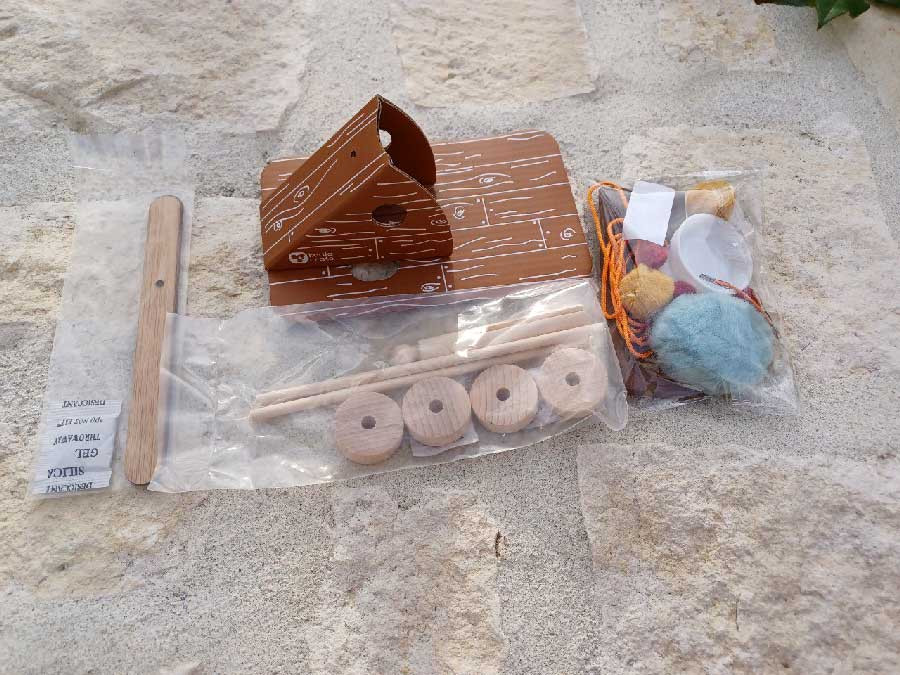 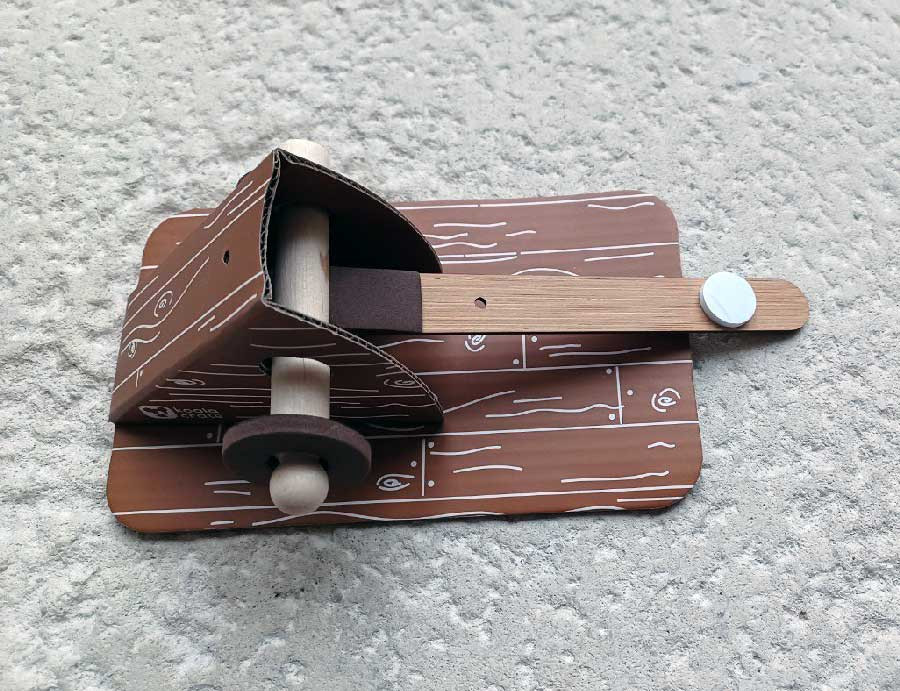 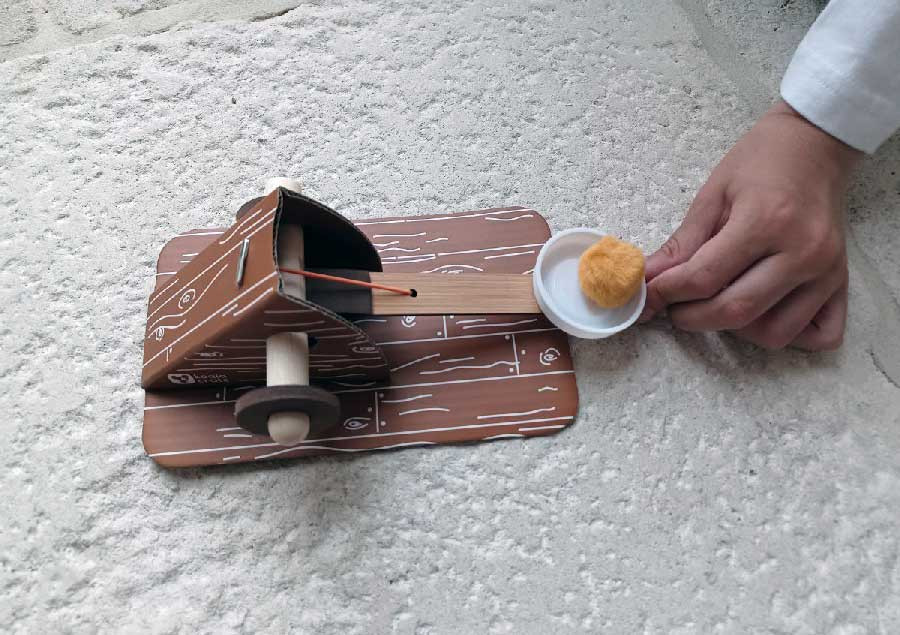 Press the end of the stick down and put a pom-pom in the cap to launch. 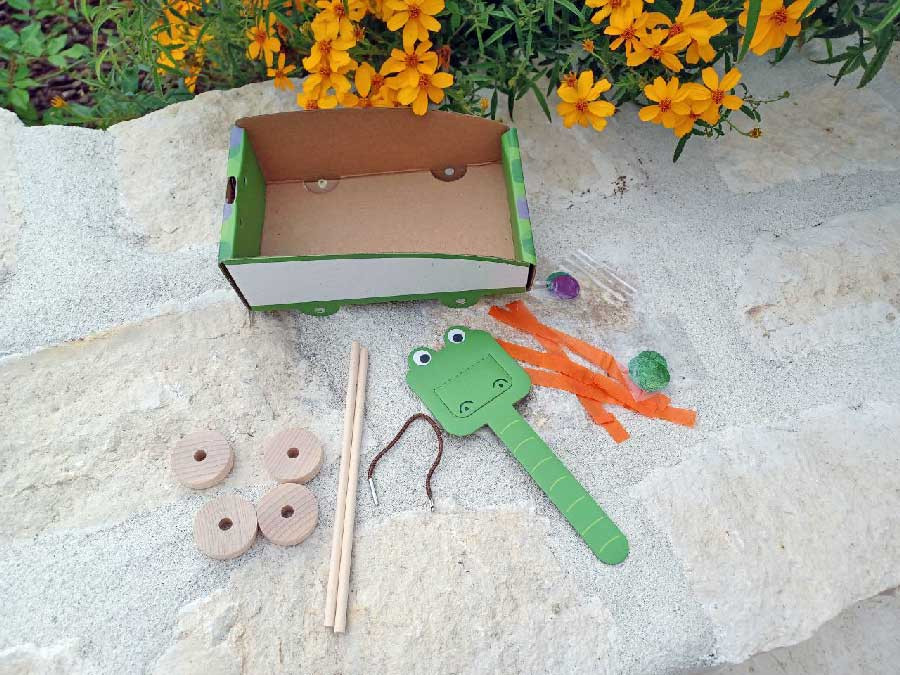 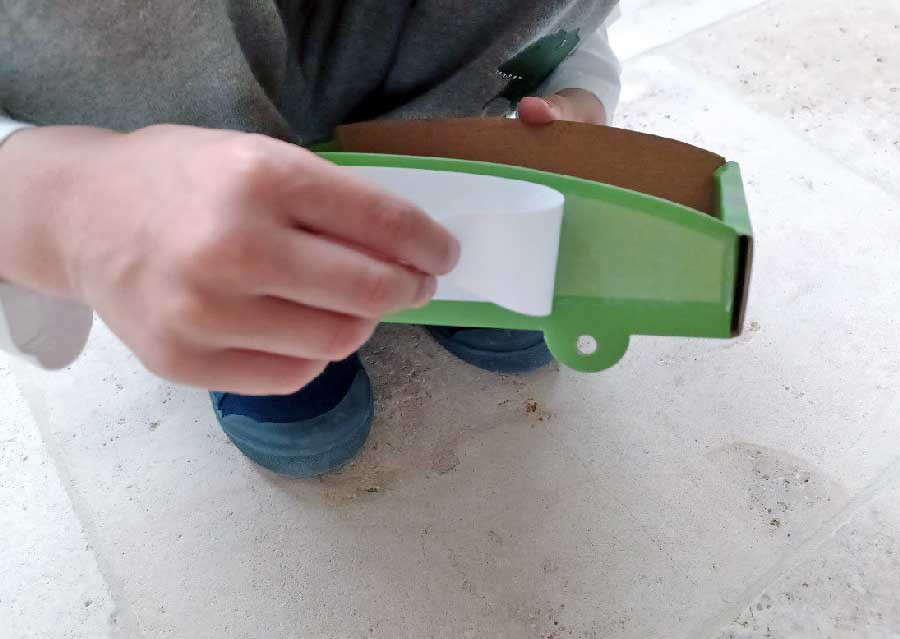 Peel the white backing of the sides of the dragon box and press paper dots onto the sticky surface. Then slide the sticks through the holes in the wagon, add wheels and secure them with small foam buttons on each side. 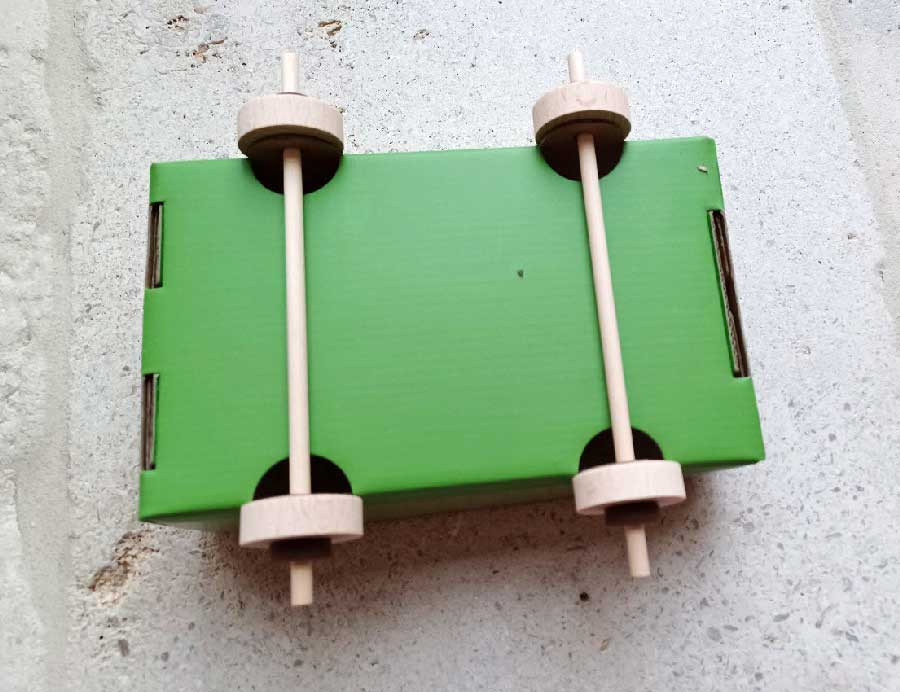 Thread the string through the holes and tie a knot. 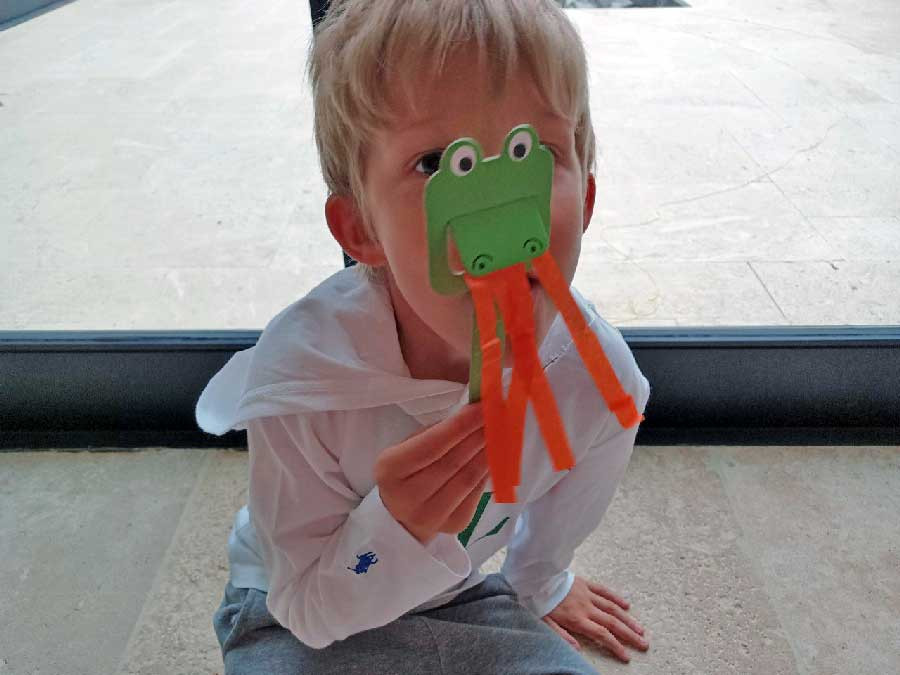 To make a dragon peel the white backing off and press the ends of the paper strips onto the sticky surface. 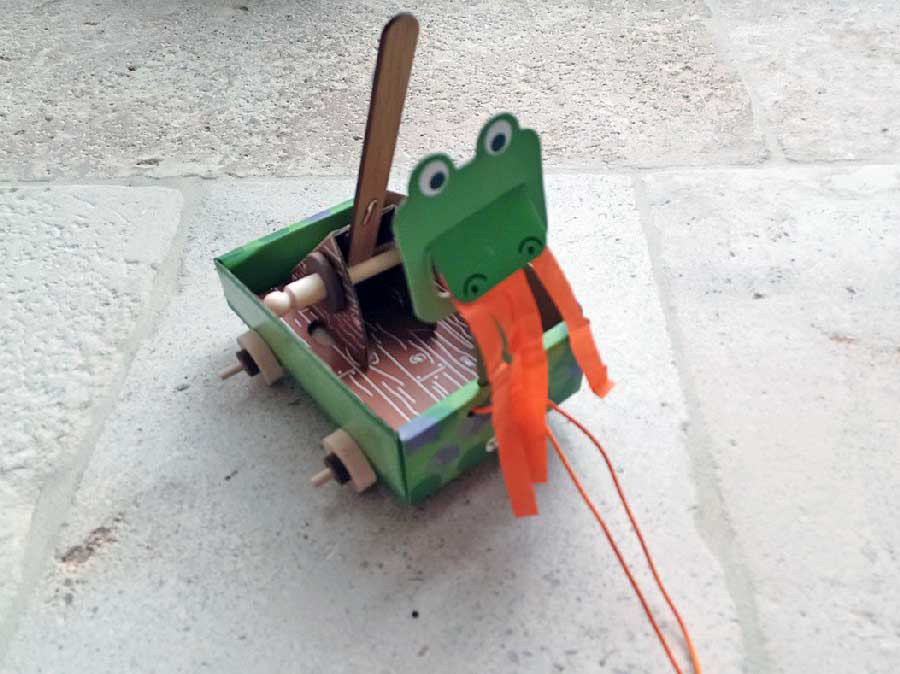 Place the dragon into the slot on the front of the wagon and take it for a stroll. 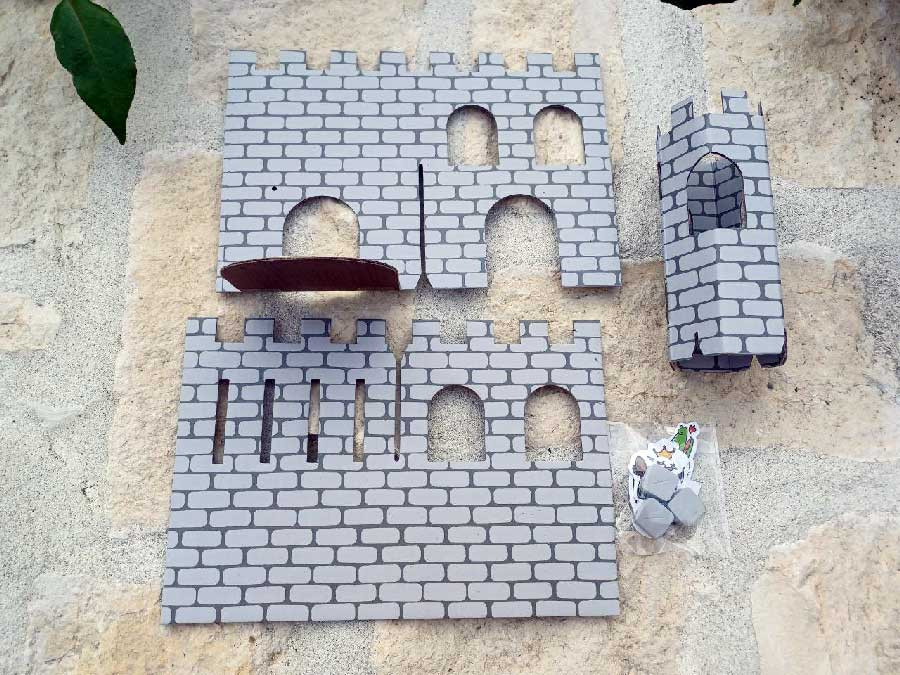 First, you need to make the front door flap open. Use the brown string to attach it to the drawbridge, after that connect the string to the castle wall. 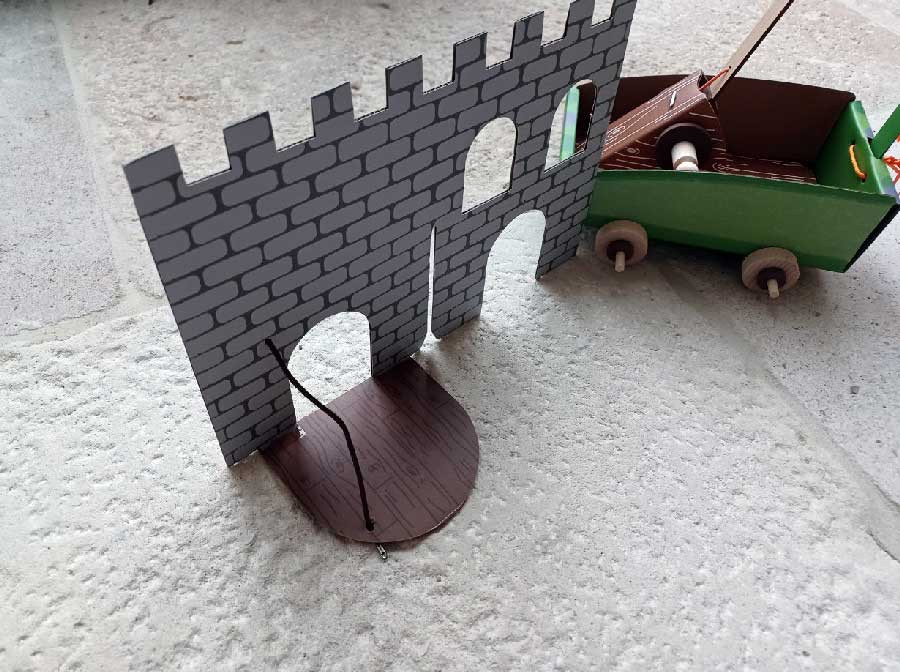 Then use the pieces to assemble the castles, with the tower in the center. You can tug the string to raise the drawbridge, if necessary. 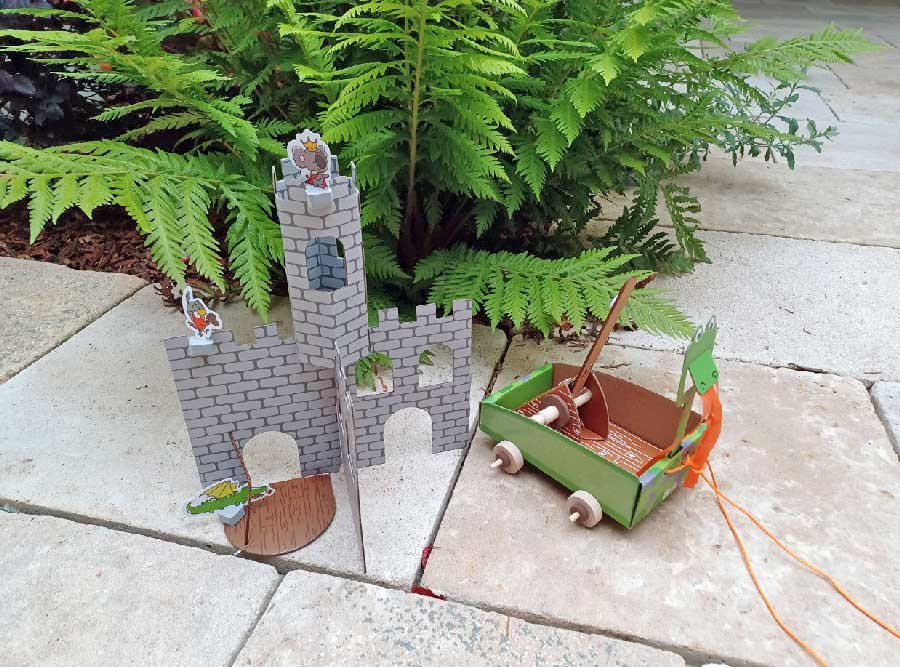 Put characters onto the character stands and place them onto the castle. 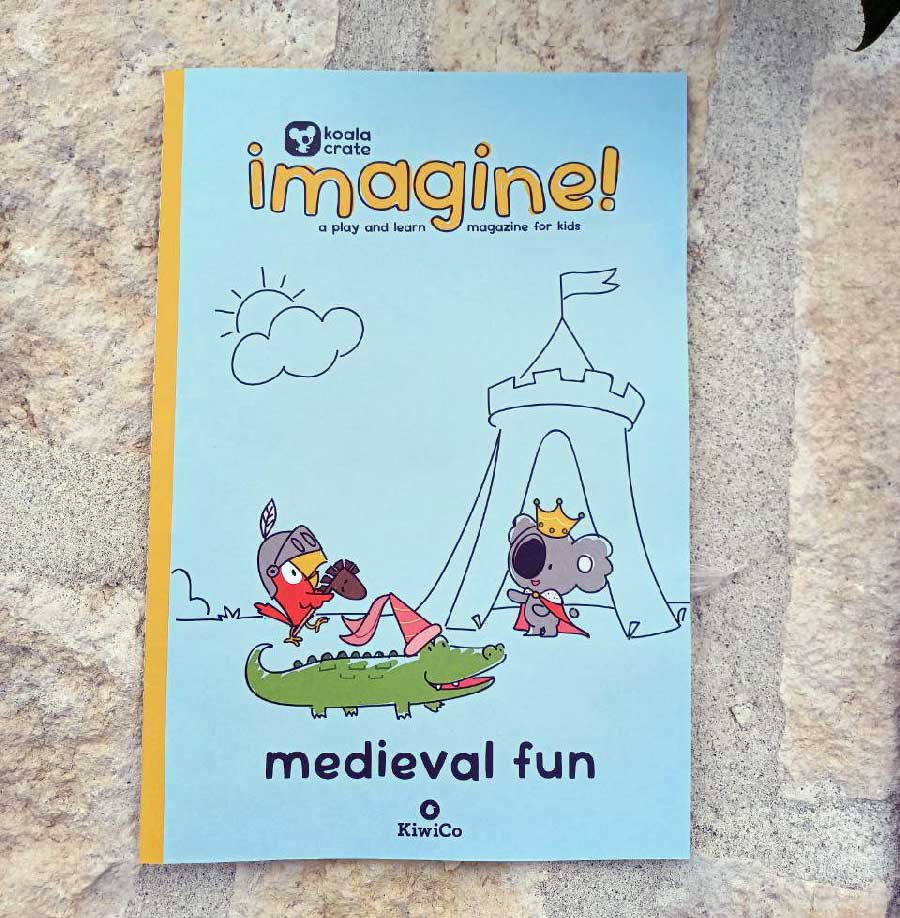 Now you can start playing. My son used these props to create an adventure story about saving the king from the mighty dragon. The dragon wagon and catapult were also engaged. He used pom-poms to shoot at the castle and capture the king in the long run. The child was very excited about playing the game. Plus, in the evening we read the magazine and he learnt about Medieval inventions like sand clocks, steel and iron armor, wheelbarrows and street clocks. 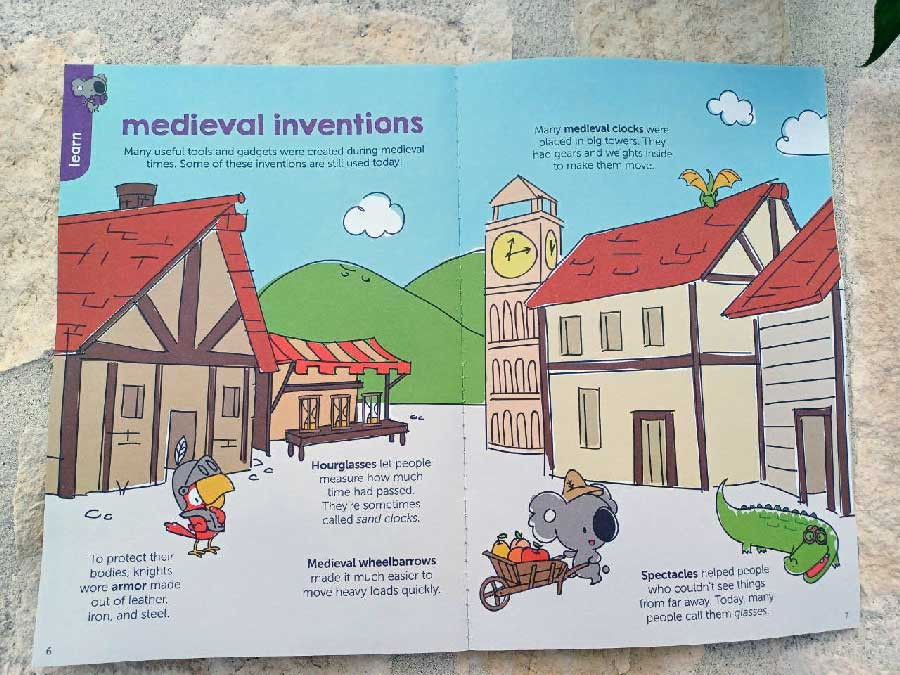 I highly recommend KiwiCo Medieval Fun box as the children can learn a lot about the Medieval history and have fun!

The latest Tinker Crate arrived just in time for my son's 9th birthday and there couldn't be a more perfect time as this boy loves his Tinker crates passionately.