Ghirardelli Chocolate Company is a manufacturer and marketer of premium chocolate products. The Company is using the best cocoa beans for a difference you can really taste. 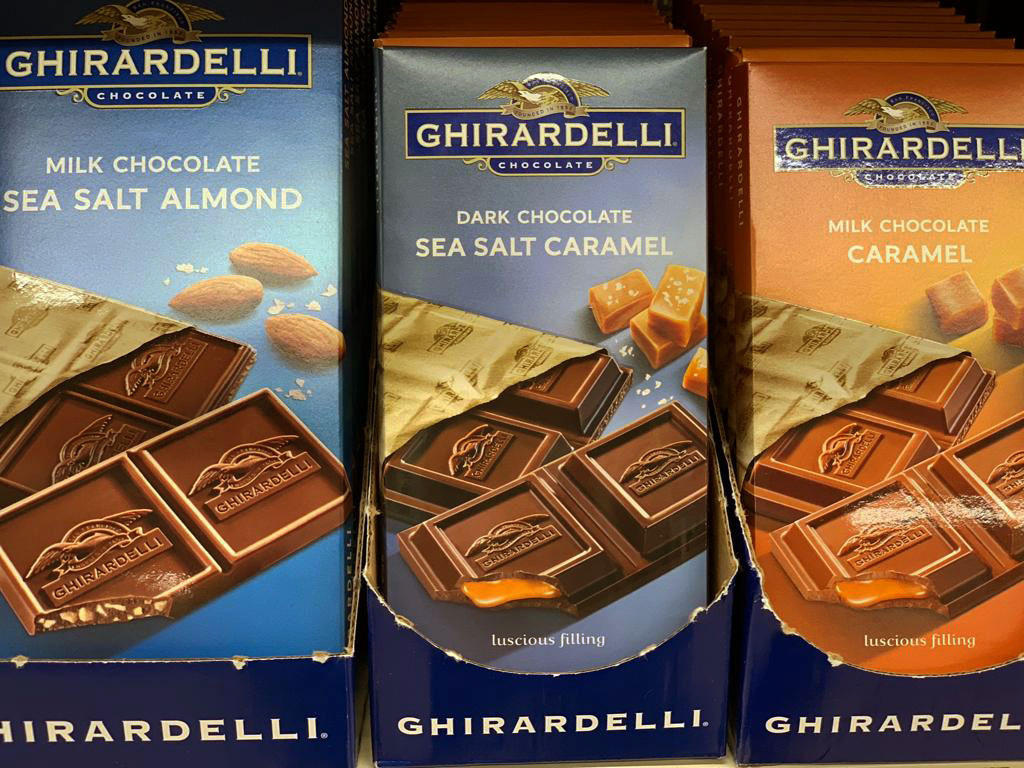 Bay Area’s chocolate history and traditions go all the way back to the Gold Rush. The region is known for constant chocolate innovation, Berkeley revolution of chocolate desserts, and new traditions of chocolate since the 90’s.

The famous San Francisco chocolate maker just celebrated its 23rd annual Chocolate Festival. Thousands of people came to support their favorite chocolate not just locally, but from as far as Riverside.

Ghirardelli was started by an Italian immigrant during the Gold Rush. Domingo Ghirardelli was one of the first Italians in the area and he was fast to understand that his fortune lay not in the gold bars, but in chocolate. Gold miners were his first clients and the factory is still in operation today. It is the oldest such establishment in the US, older than Hershey’s.

Ghirardelli has always been inseparable from San Francisco, but there is another company with similar story. Etienne Guittard was a French immigrant during the Gold Rush. He learned the art of chocolate making in his uncle’s factory in France and traded chocolate for mining supplies. After some time he went back to France, brought his own supplies, and Guittard chocolate was born.

The company is still family-run with fourth-generation President and CEO Gary Guittard. He enjoys what he does and is always ready to show how the famous chocolate is born during the factory tour. Visitors are treated to the entire process – from the fermented cocoa beans through the destoning, cleaning, winnowing, roasting, grounding, through heavy machinery and cramped spaces all the way to finished thinnest chocolate chips you have ever seen.

The two factories were very close to each other and blanketed the center of the city in magic smells of chocolate. It’s not the same today with both factories currently located in the suburbs. Ghirardelli is owned by Swiss giant Lindt & Sprungli AG. Guittard remains family owned and strong, the oldest such operation in the country. Their chocolate is sold in Charles Chocolate, Recchiuti, and even See’s Candy.

Ghirardelli and Guittard both started at the same time and in the same place, benefiting from Pacific trade routes and getting distinctly West Coast flavors from South Pacific and South America’s west coast. In addition to high quality beans, San Francisco is cooler than most other areas of US, and chocolate was produced here year round even before refrigeration.

As years went by, chocolate production in America became so mass that most makers didn’t care about the quality of the bean, but instead added a ton of sugar and made bland sweet chocolate. There was no art left and no luxury in this dessert until the 70’s, when Bay Area chef Alice Medrich reinvented the treat and aimed to change minds all over the country about what it should be.

Alice found her passion for chocolate during her visit to France. She was treated with homemade truffles by a lady she was staying with and that quality of chocolate was mind blowing after growing up with standard American chocolate. She returned back to her North Berkeley home and started experimenting. And people went crazy about her experiments. Cocolat store was born.

She used real chocolate, real bittersweet components and was able to get the texture that melted like satin. She used very little sugar and no cocoa powder or shortening. She started her business in the right place and at the right time - Berkeley was always innovative, unconventional, and curious, especially in the 1970s. Her approach to chocolate really took off in Berkeley, then San Francisco, and eventually the country. 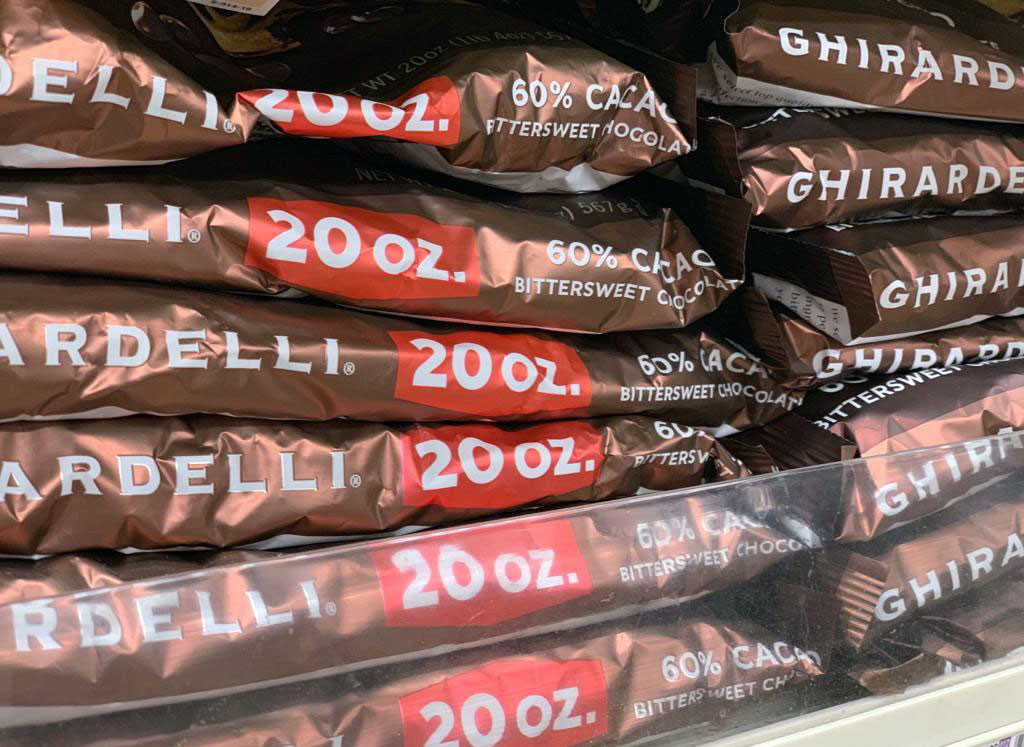 Doctor Robert Steinberg and wine maker John Scharffenberger decided to follow a passion of fine food and created a company Scharffen Berger. They modeled their factory by a little establishment in Lyon, where Robert once worked.

It’s because of these guys people now often compare chocolate to fine wine. They loaded their creations with cacao and focused on flavor. And nobody at that time focused on cacao any more.

They educated their customers about chocolate, going as far as bringing cocoa beans to shows. They wanted people to see what chocolate is made of, what percentage of cocoa powder their products contain, and what the process is like. To do that they started factory tours and that really took off.

The success was not imminent. The company struggled until one day a booth display at San Francisco famers market and free samples really introduced them to people. They did this for the people, to change their understanding of chocolate. They sold directly to consumers and tapped the unsaturated market of fine chocolate.

The company grew rapidly until 2005, when Hershey approached them and made an offer that was hard to resist. After the sale, 4 years later, when Robert passed away, Hershey shut down the factory permanently. John is devastated about that decision untill this day. He feels that it’s a loss for Berkeley and for the fine chocolate industry. It was really working and getting people excited.

While this Hershey decision to destroy fine chocolate business really left a vacuum for a while, small chocolate makers started springing up everywhere and even big contenders had to adjust their approach to survive in this increasingly competitive market of chocolate.

Todd Masonis, Dandelion, and the newest wave of chocolate making

Guittard underwent some changes, started focusing on beans again, and began working directly with farmers. Today it’s about the flavor, not the productivity even if that can be challenging when producing on a mass scale. 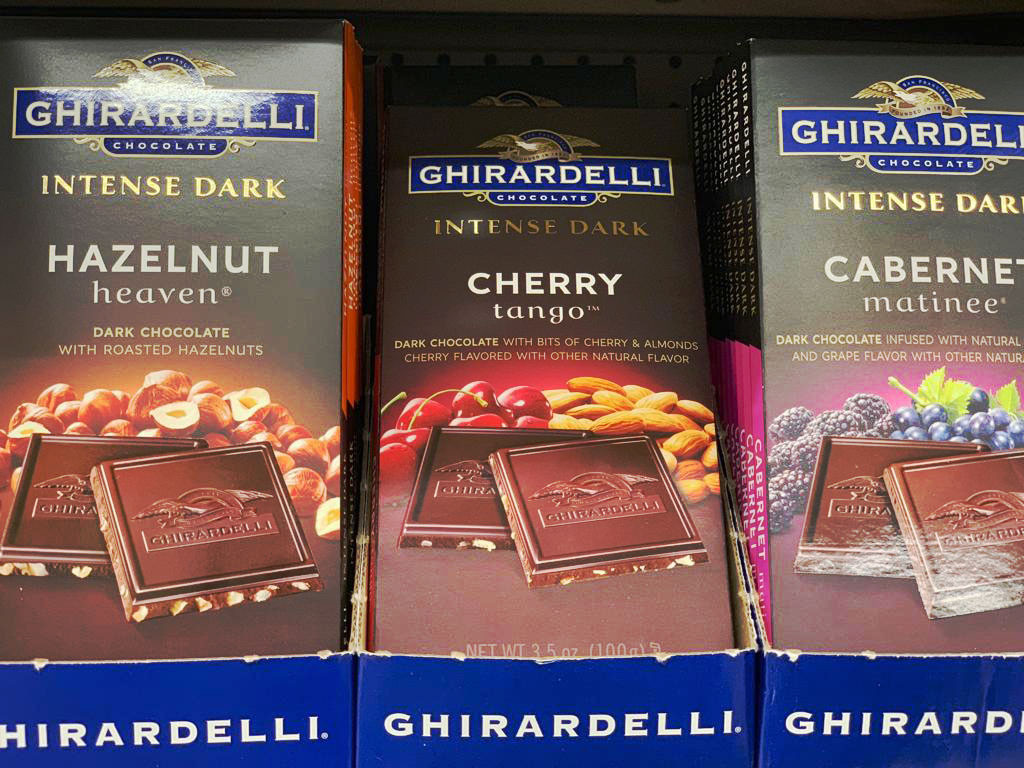 Dandelion is the latest innovator in the chocolate world. They have a factory on Mission and make two-ingredient dark chocolate bars – just cocoa and sugar. The president & CEO Todd Masonis comes from the Bay Area’s tech world and brings that perspective to his business. His inspiration comes from Scharffen Berger – the taste, the factory transparency, tours, classes, and even invitation to visit cocoa farmers abroad.

Todd believes that Bay Area’s chocolate will continue to change and evolve, just like it did in the past 150 years. After all, this place is a cradle of fine chocolate in America and the perfect platform for future innovation.