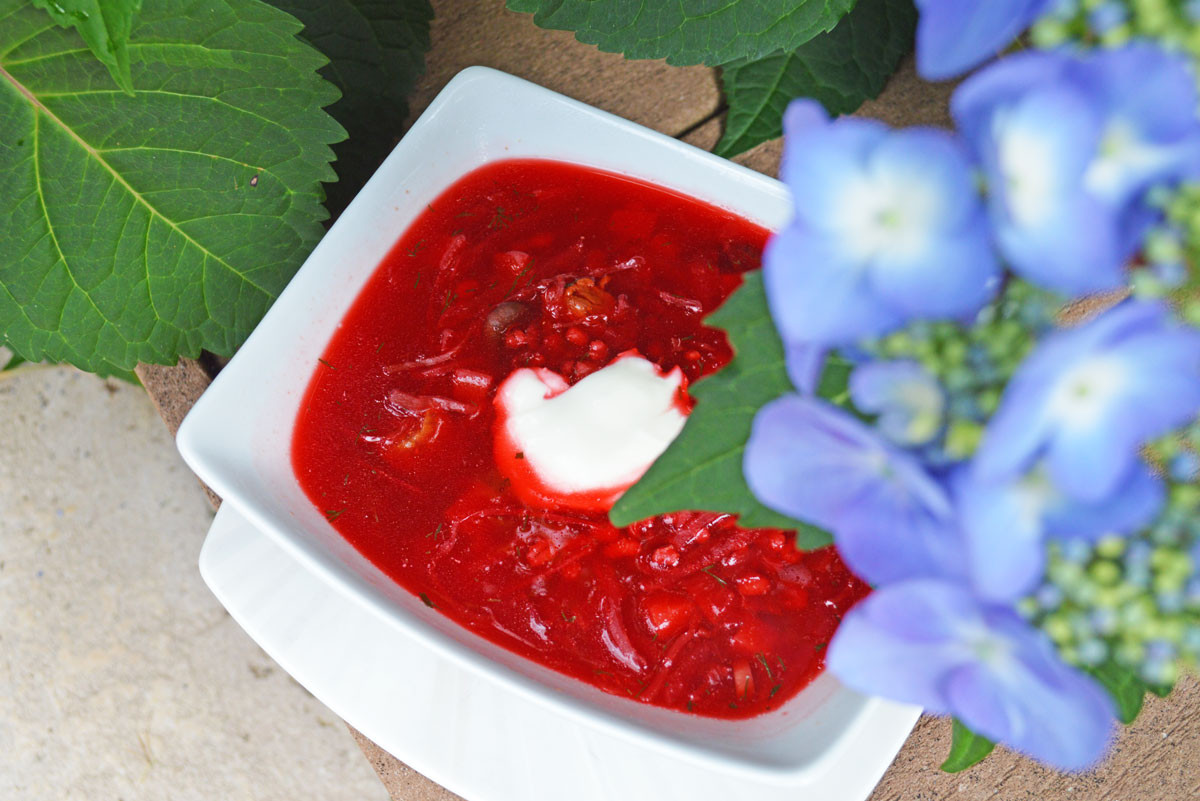 Soup is like a dietary medicine for me. After a party weekend or any other random face stuffing day I always make beet or cabbage soup and eat it for 2 days. After those two days I feel light and ready to conquer the world again.

I love soups so much that my kids were taught to love them too, they had no other choice. I grew up in Eastern Europe, where there was soup every day. And I am not talking about creamy fatty potato soups with cheese! Those American soups don’t really serve my dietary purposes, but I can’t say I don’t like them from time to time.

I cook such soups that Nutrisystem would be happy and proud of my choices. I spend a couple of months on this diet and learned a thing or two. Fortunately, with beet soup like this one, you can relax your stringent portion control, because it’s like drinking nutritious water with protein, really!

I usually make a huge pot of soup and enjoy it for dinner and at least next day’s lunch, but it’s up to you. I had to work hard to get my husband to eat next day’s food, but I won and he doesn’t mind. Actually, when it comes soup, sometimes next day it tastes even better after flavors mixing even deeper than right after cooking. So here it goes:

Start with full pot of water. Start the pot for boiling and while it is getting there, wash your beef. 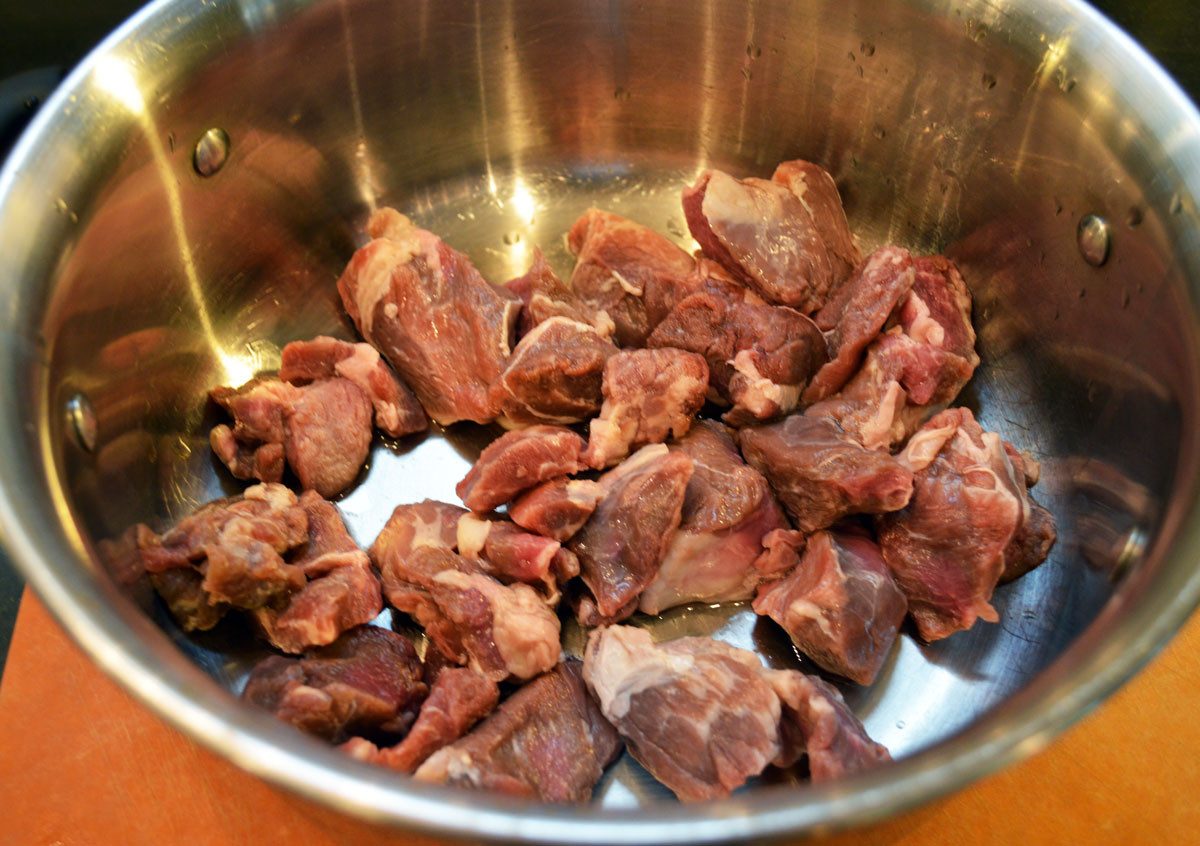 I love meat with bones, because cooking bones gives this amazing bone broth. But we live during tough corona times and last time when I went shopping, they didn’t have my favorite beef ribs, so I bought a package of beef pieces for stew. Sometimes I buy ground beef and make round balls of meat for this soup. 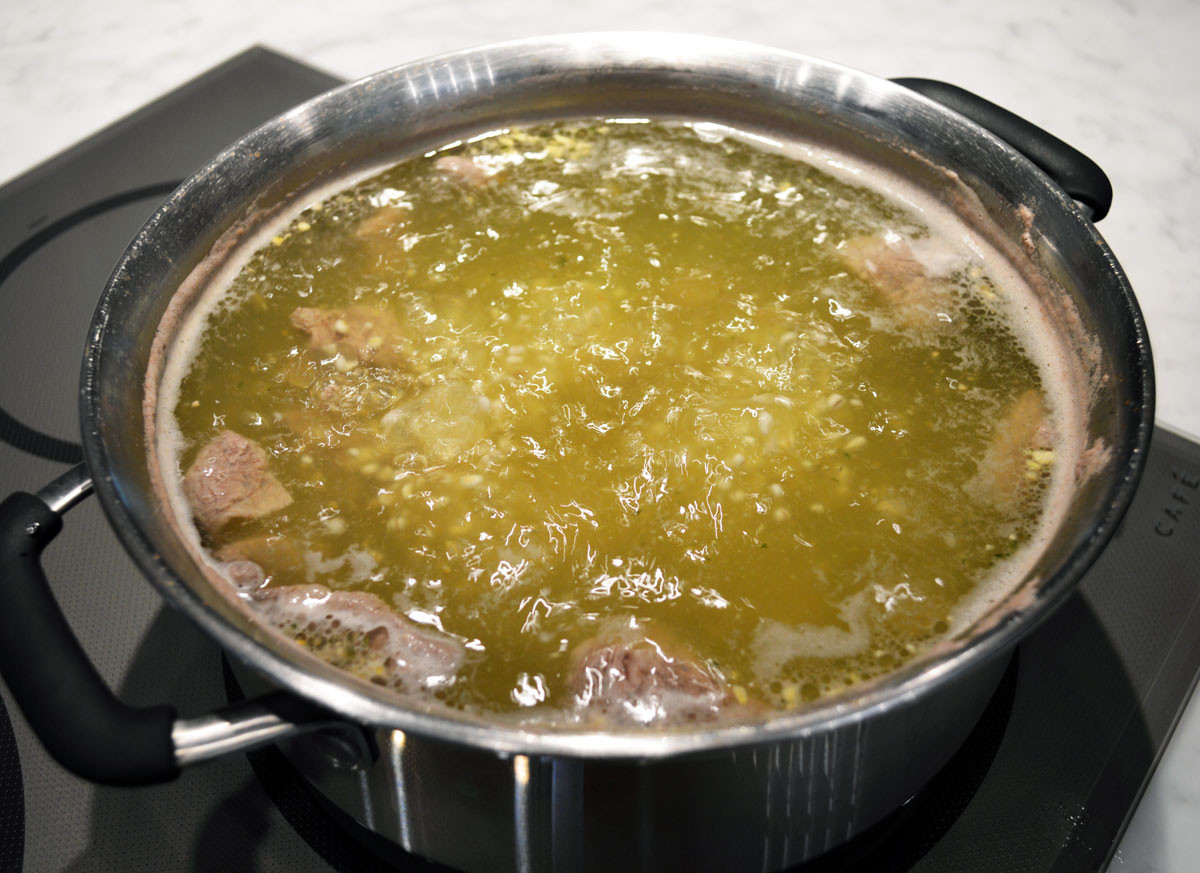 Once you have your meat washed, put it in the pot when the water is boiling or almost boiling. Let the pot reach boiling temperature again and take off the foam when it starts foaming on top. Reduce heat and let the pot simmer for a while, especially if you are cooking bones. If you have no bones, you can start adding other ingredients. Soups with bones require about 30 minutes of cooking before other ingredients go in. 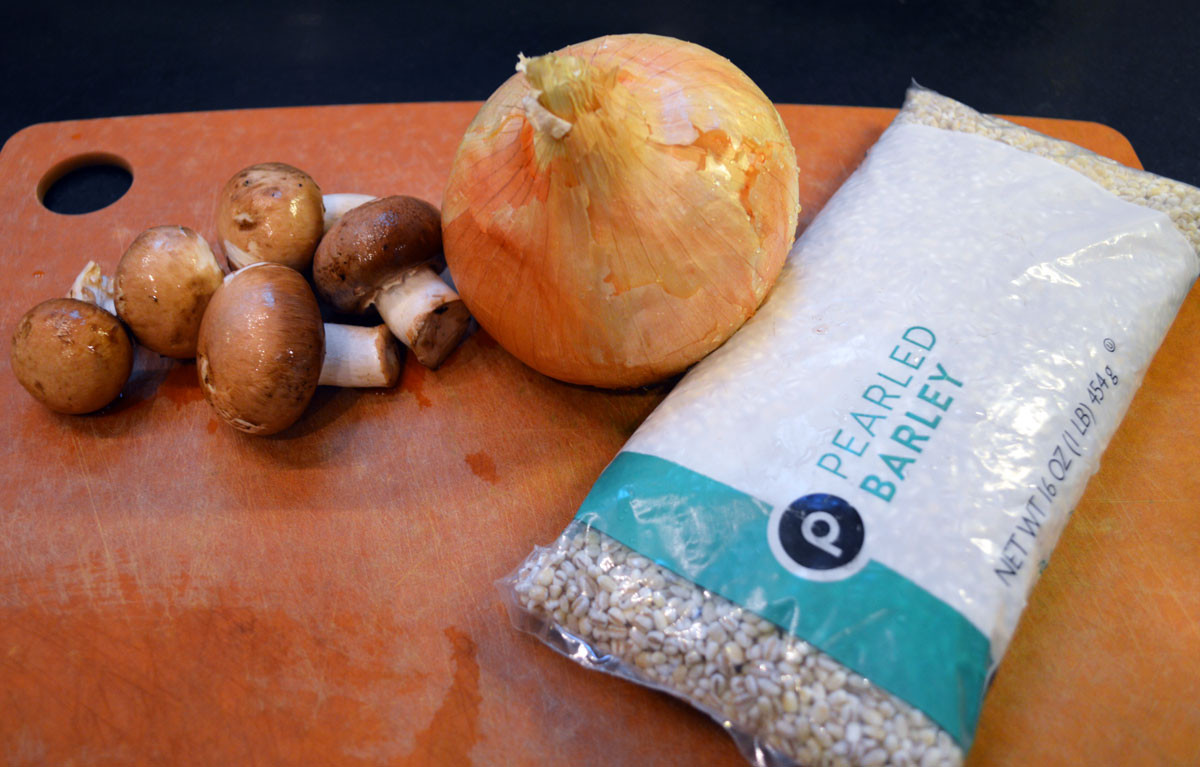 First, peel and chop ¼ of onion. Put it in the soup pot. Next pour steel cut oats. My kids love some grain in this soup, and so do I. Sometimes I use pearled barley if I don’t have the oats. 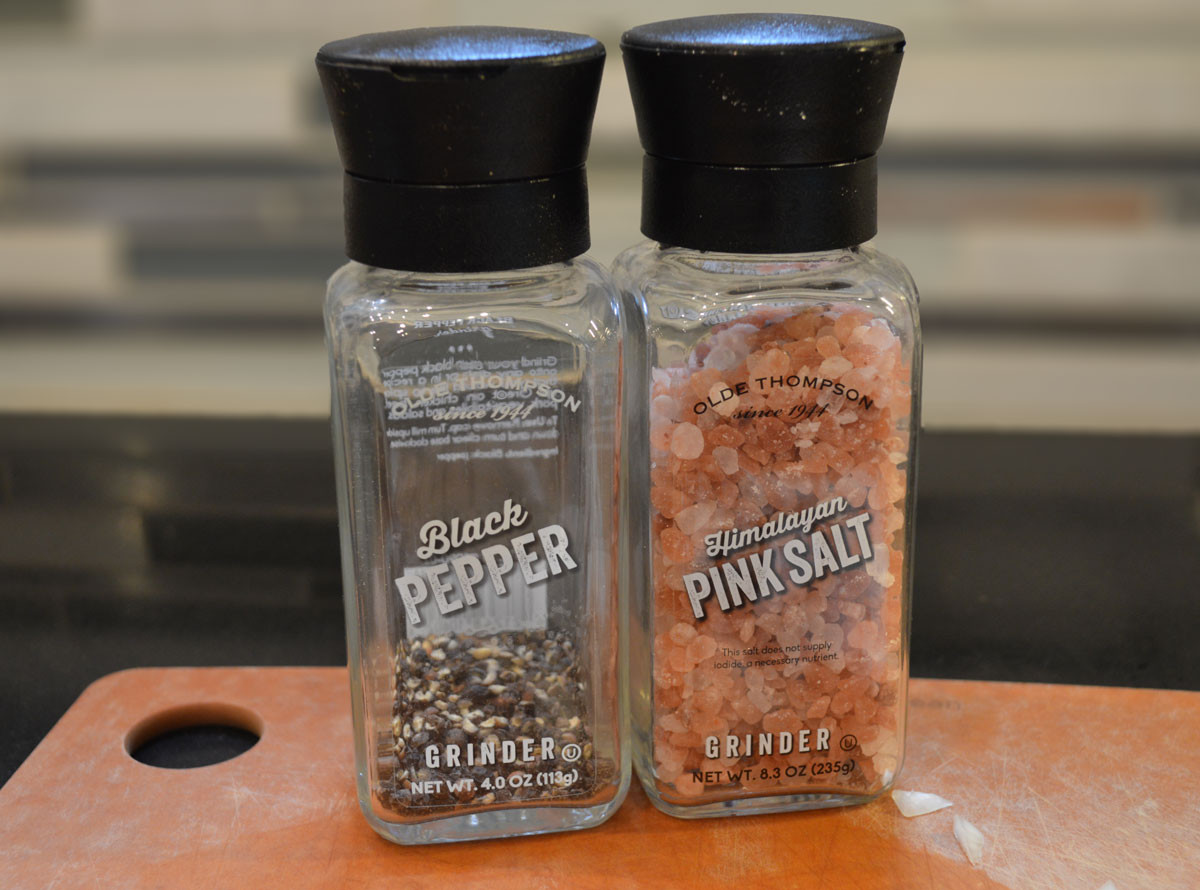 Put your seasoning, salt, pepper, and stir the pot from time to time. 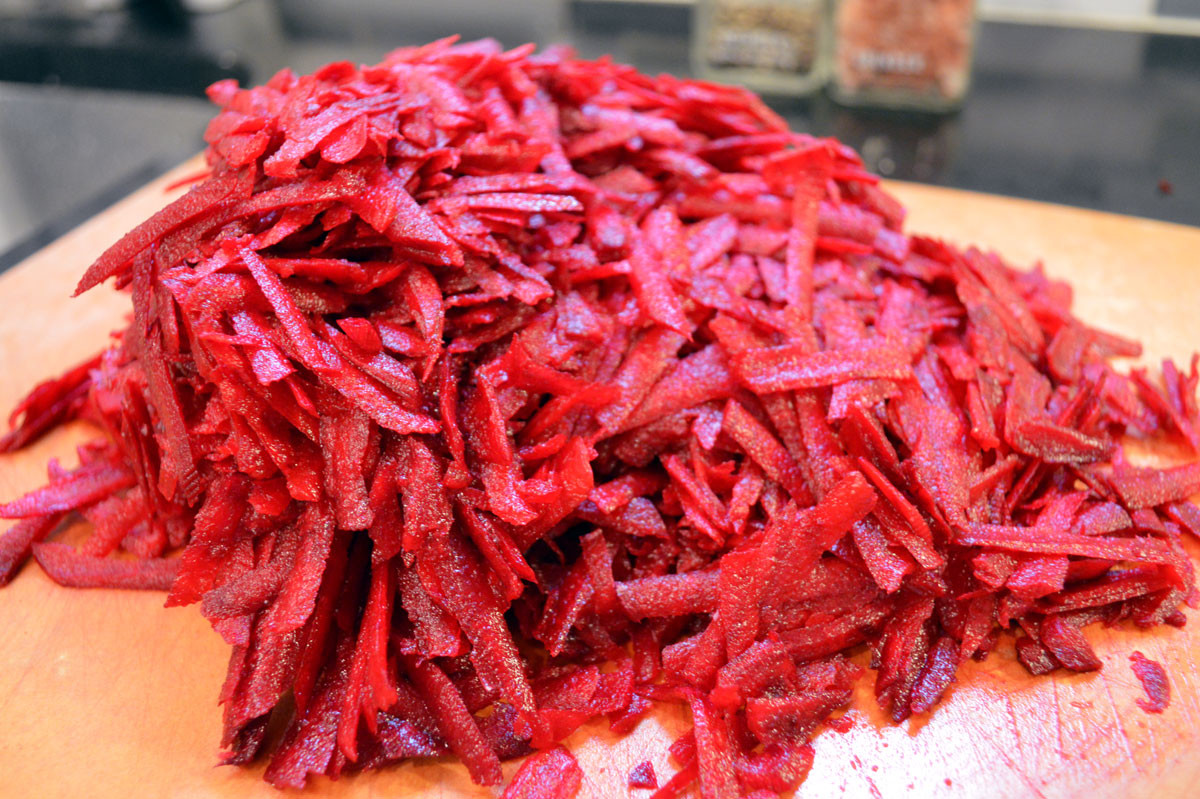 Next, peel and grate the beets. They will be tough to handle, but not impossible. Just make sure you watch your fingers because they are likely to slip and then you can hurt your fingers on the grate. Put grated beets into the pot. 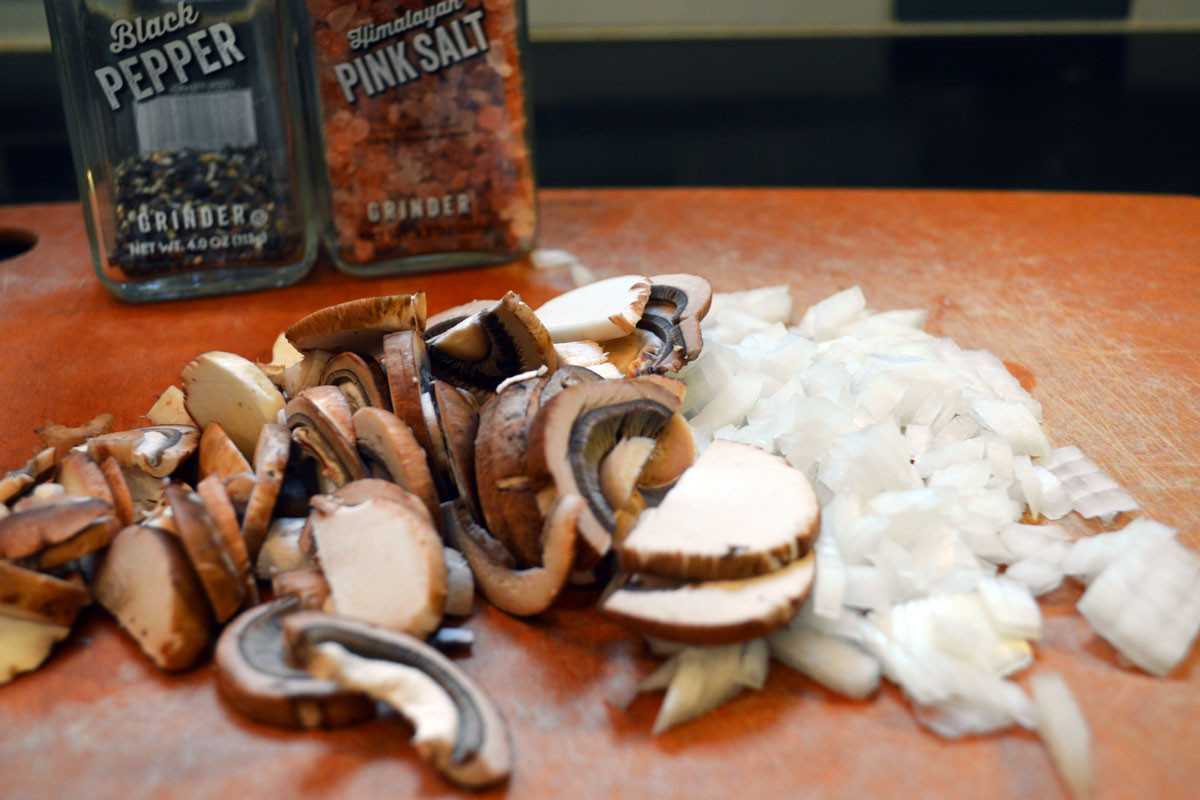 Cut washed mushrooms and also put them in the pot. 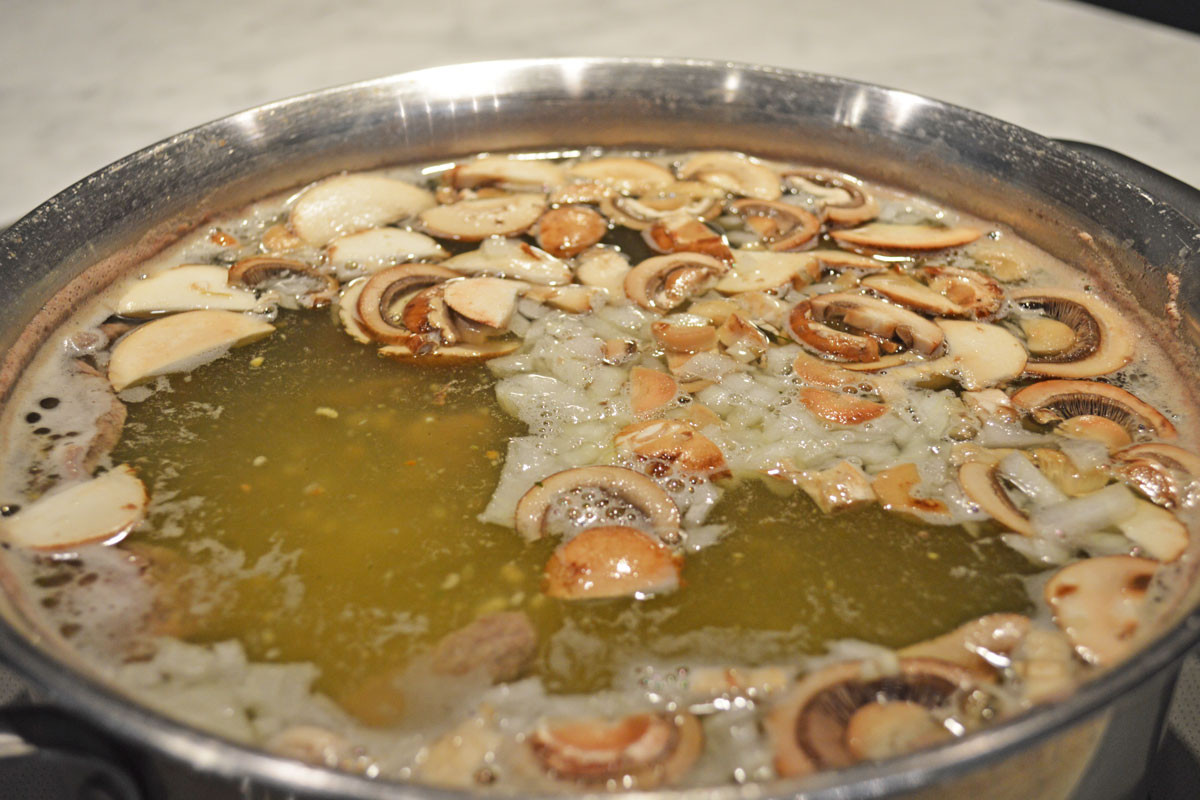 Finally, while everything is simmering together, peel and cube potatoes. 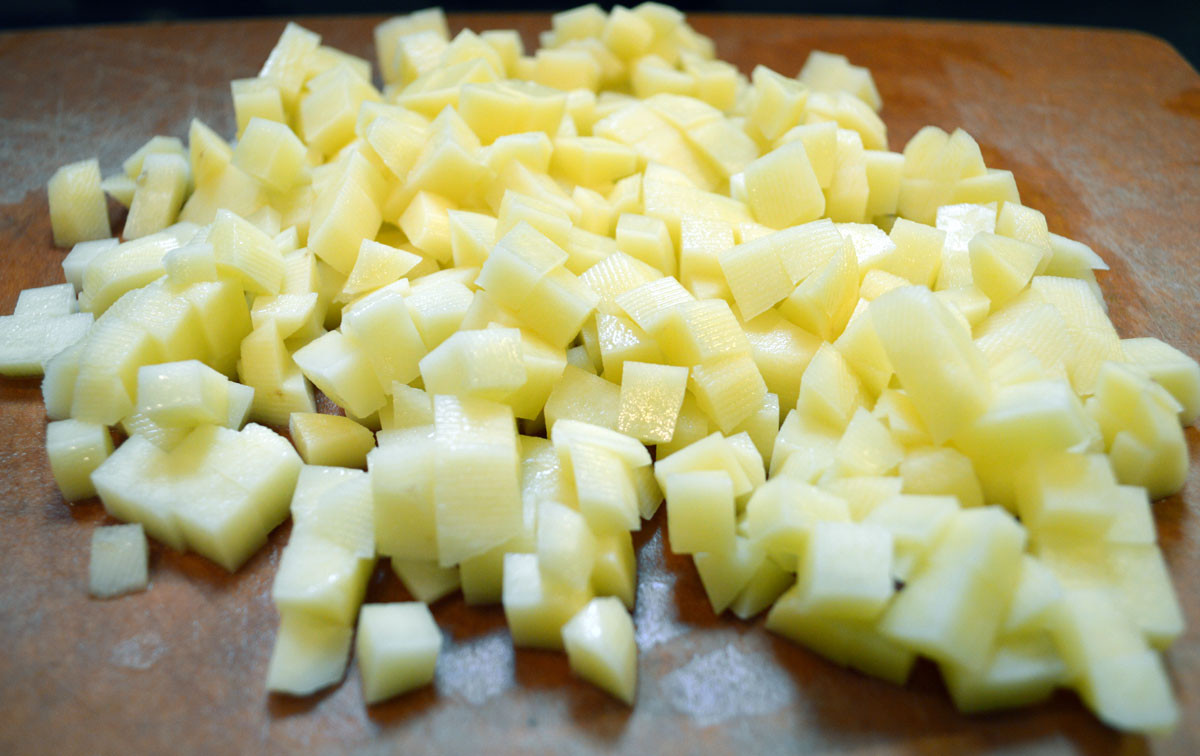 Put them in the pot and let it cook for about 7 minutes before turning it off. Garnish with dill and squeeze lemon juice. If you don’t have lemon, you can use a little bit of tomato sauce or sauerkraut for some sourness. 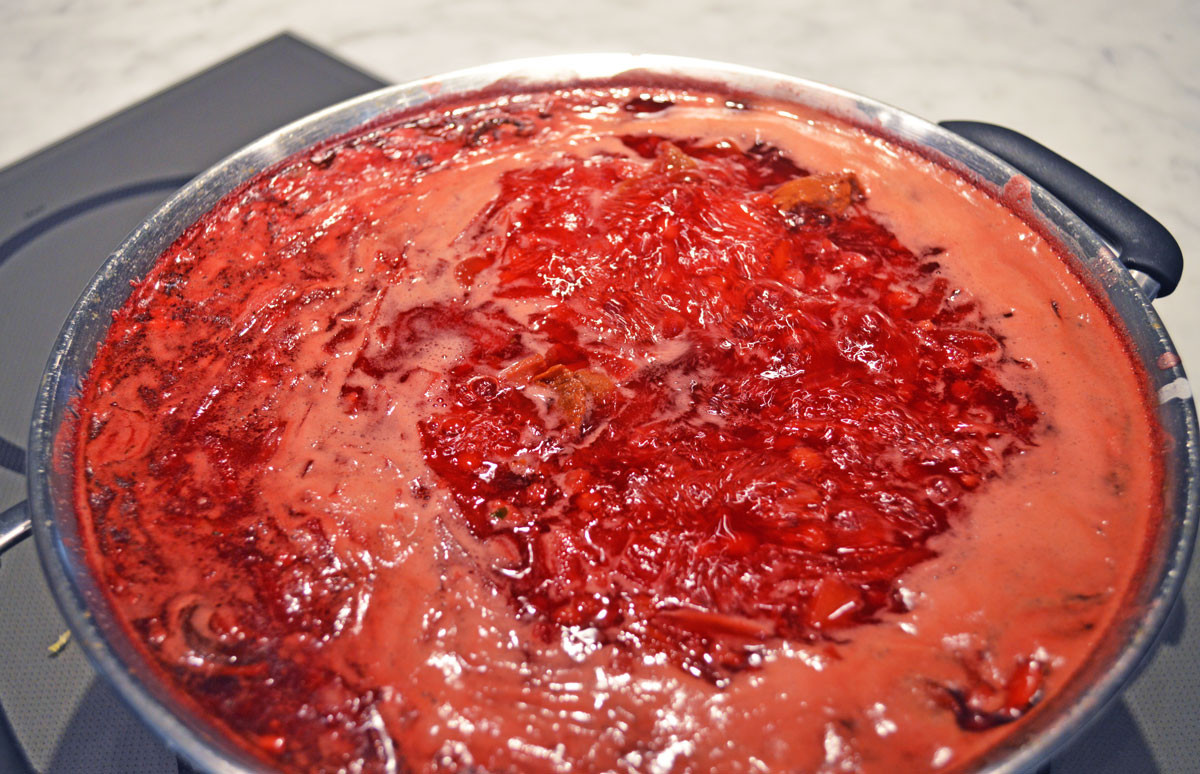 When I have extra time and feel up to it, I sauté onions and mushrooms in a pan on butter before putting them in the pot. Some people add 1-2 grated carrots to the pan as well, but I like carrots with my cabbage soup, not with beets. 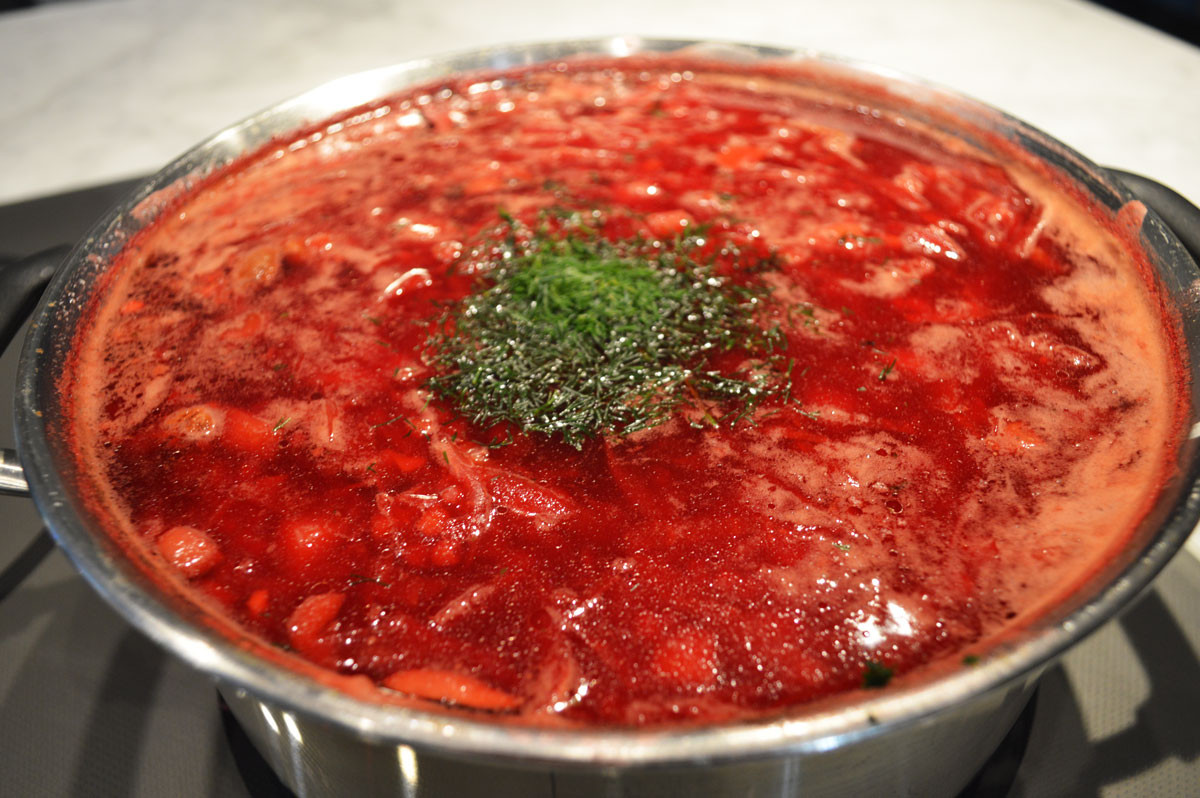