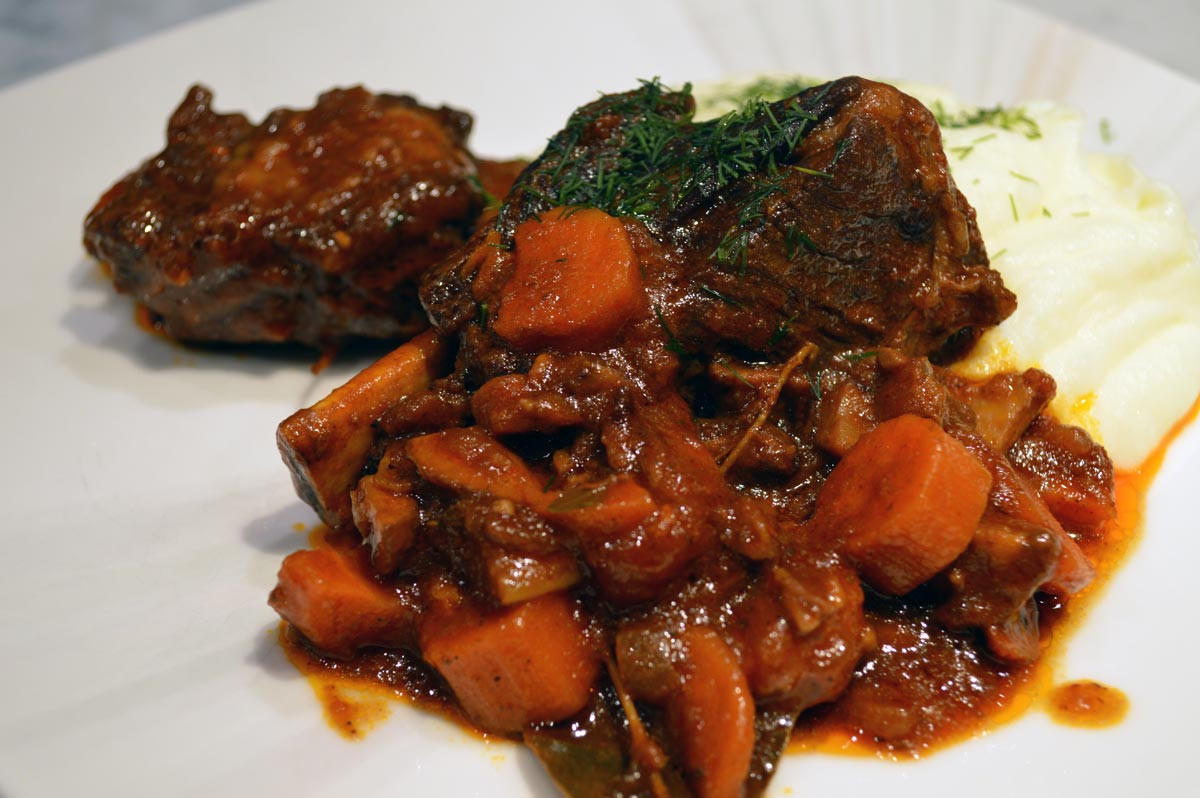 Fall is for comfort food, at least that’s what I always want when days get shorter and nights colder. Chilies, pot roasts, stews, soups, and brazed ribs come to mind on a daily basis for me and today I decided to act on it.

I had frozen short beef ribs ready to be used for beet soup, but they were not destined to make it into that soup, because today brazed ribs were calling my name. I could just smell the meat with rich vegetables simmering in red wine and tomato sauce – mmmm.

In reality, making brazed ribs is very easy. It takes about 30 minutes to prepare and start the process and then you just leave the pot simmering for 2-3 hours on the stovetop or oven and forget about it. Towards the end of cooking it is time to make mashed potatoes, but those are very simple too. So let’s take a look: 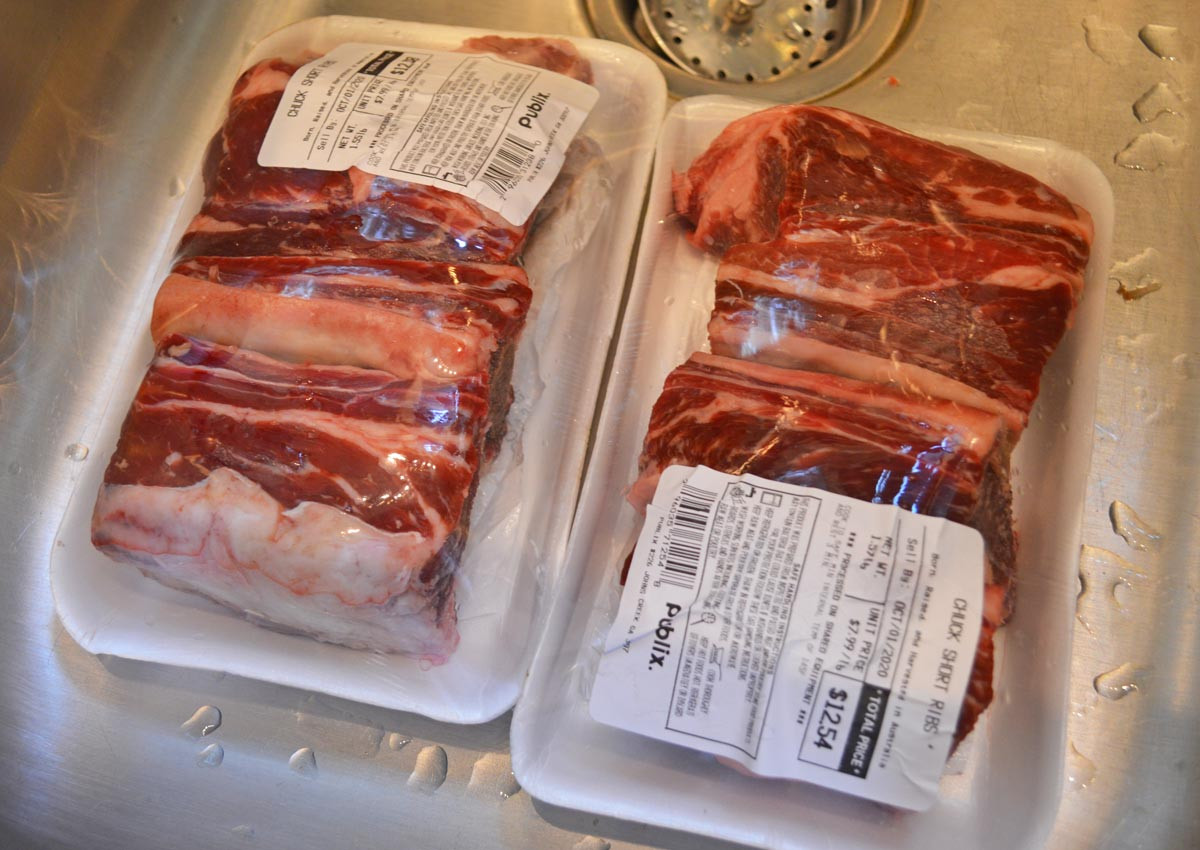 Everything starts with short ribs. 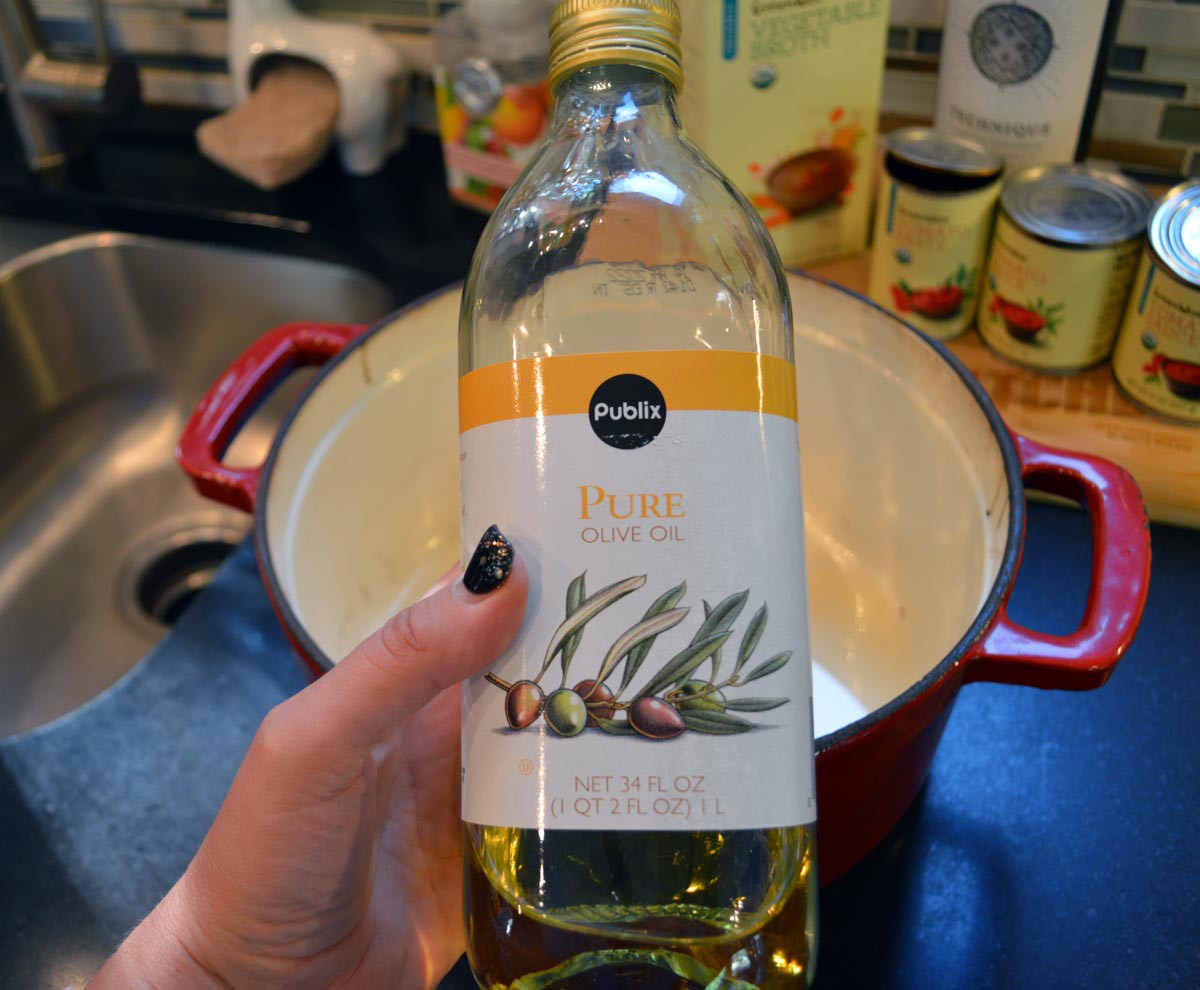 I cooked mine on the stove and didn’t use the oven, so no preheating was needed. 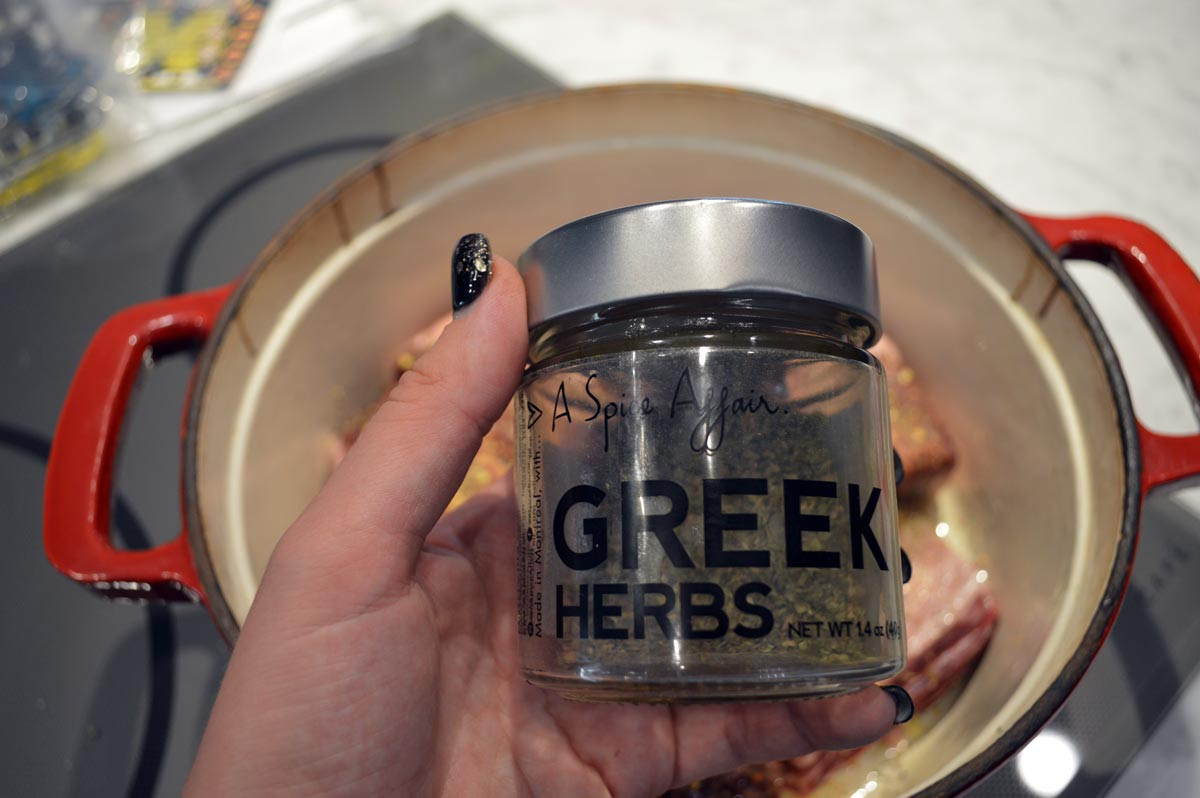 I washed my ribs, seasoned them with my favorite universal seasoning mix, salt, and pepper, and placed them in the pot on medium high heat. 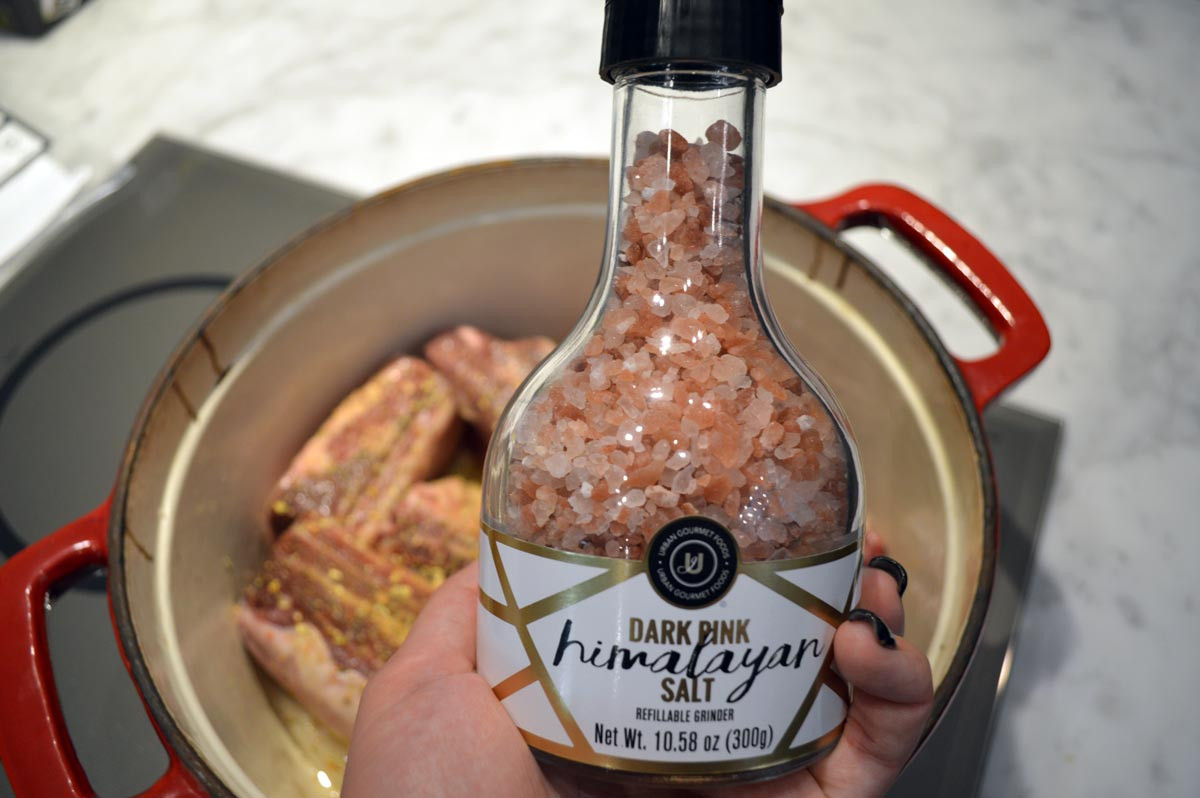 The ribs should be browned good, 3-4 minutes on each side. 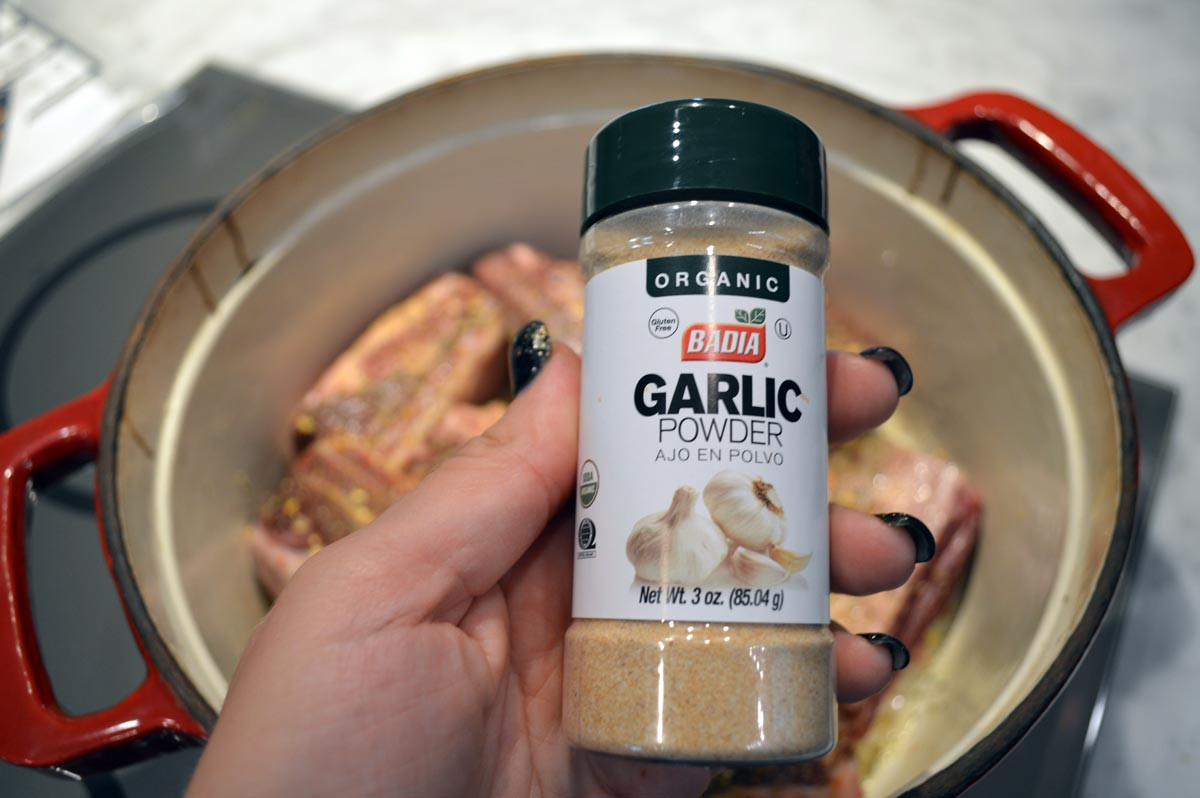 I coated the pot with oil to make sure the ribs don’t burn and stick to the bottom. 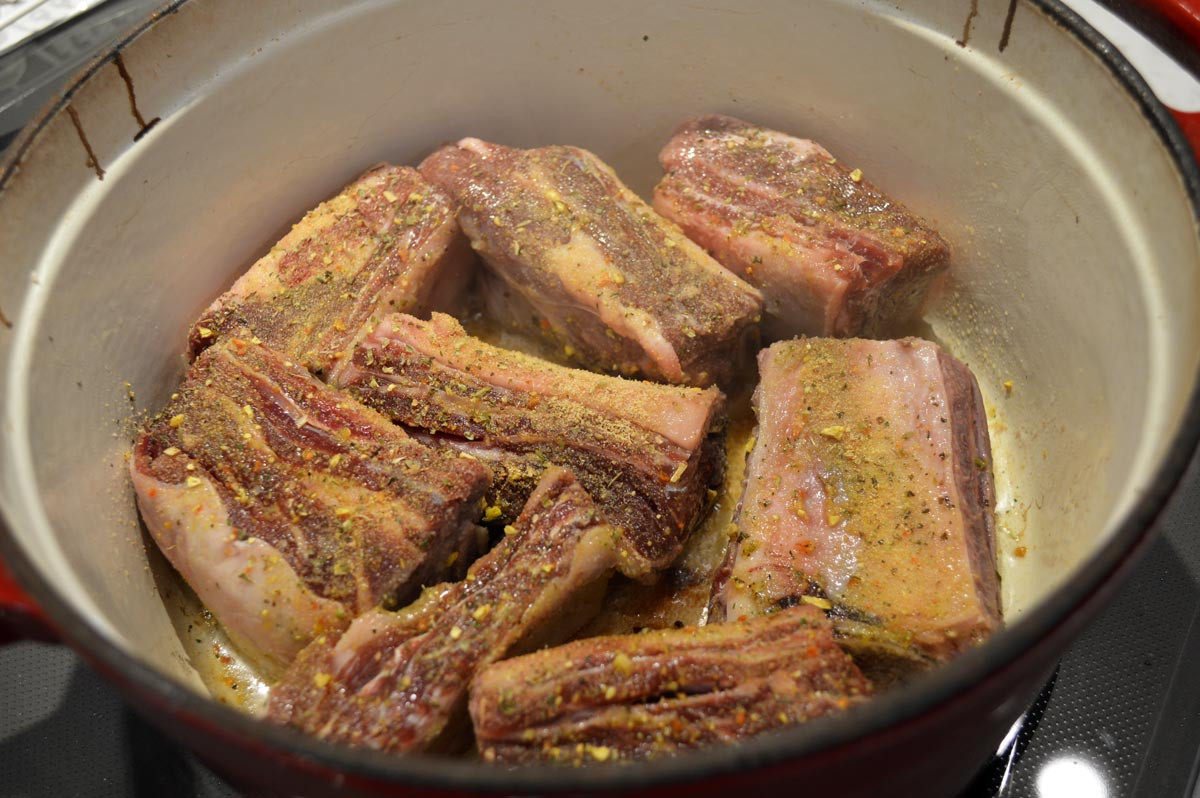 While the ribs were browning, 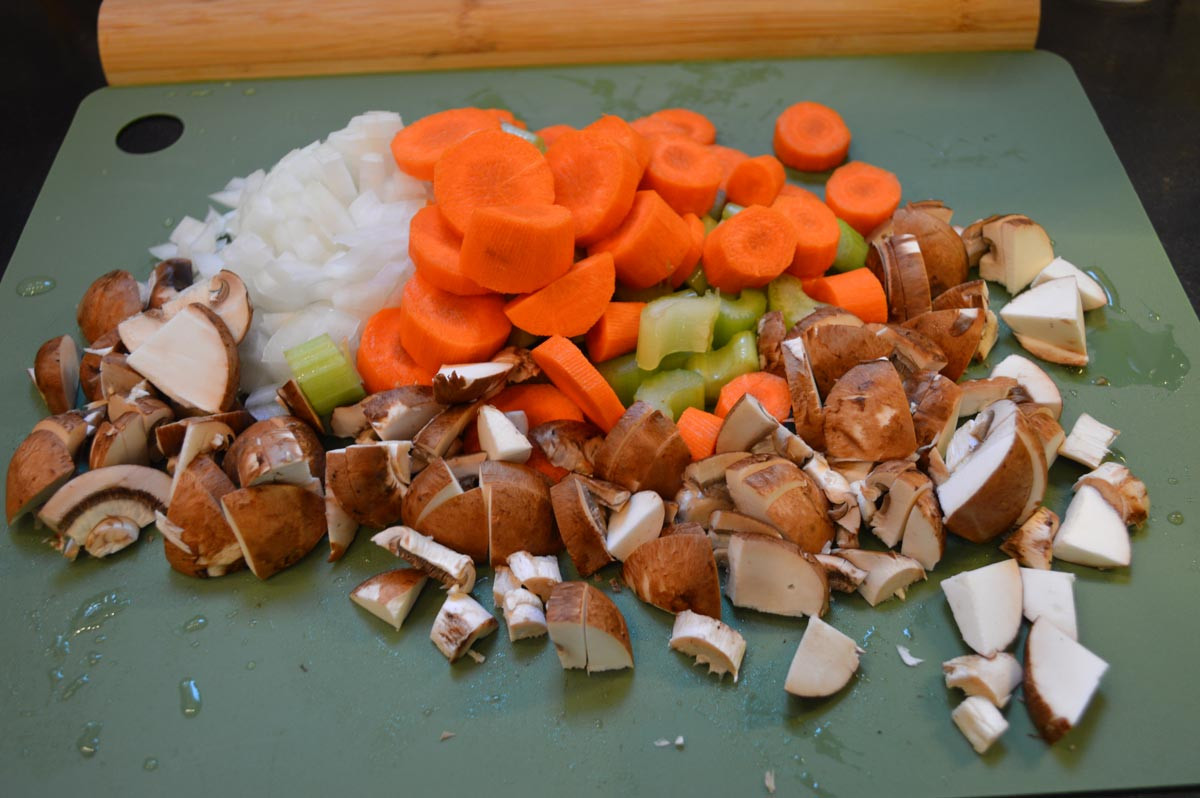 I had time to chop my onion, cube celery and carrots, cut mushrooms, and mince garlic. 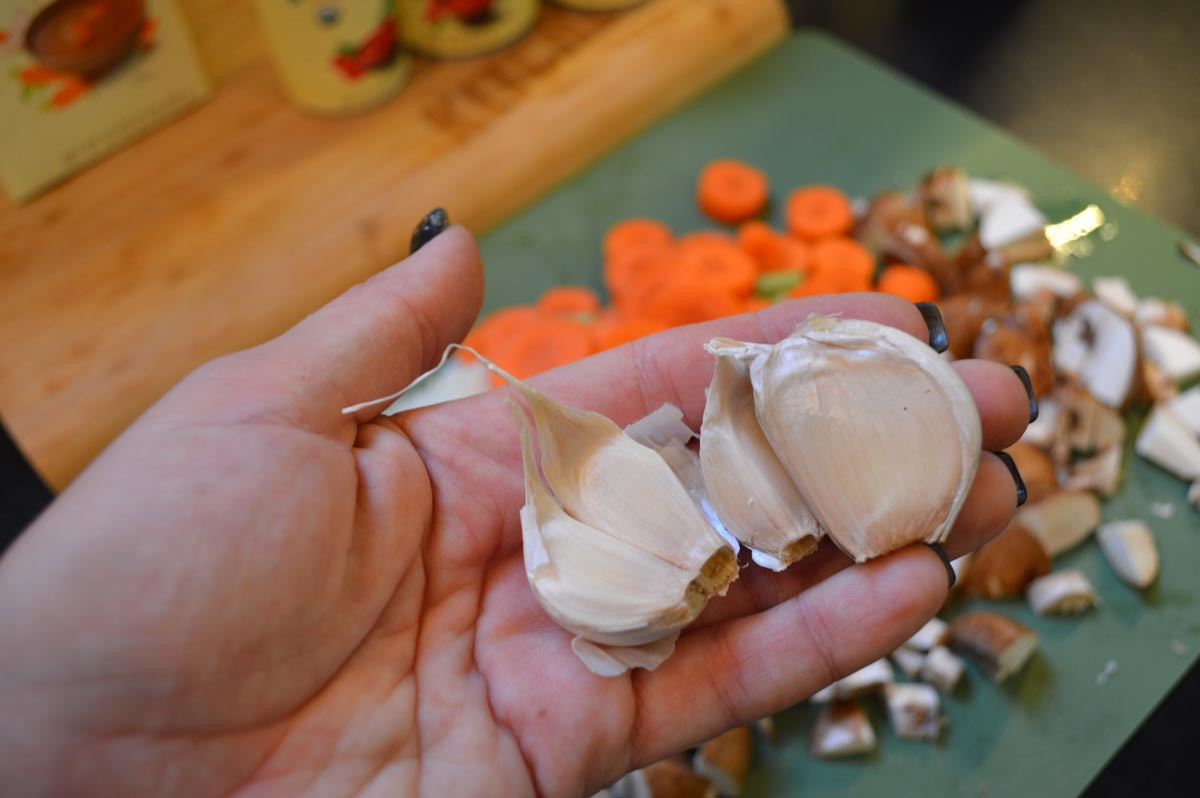 All the vegetables can be mixed together, including small tomatoes. 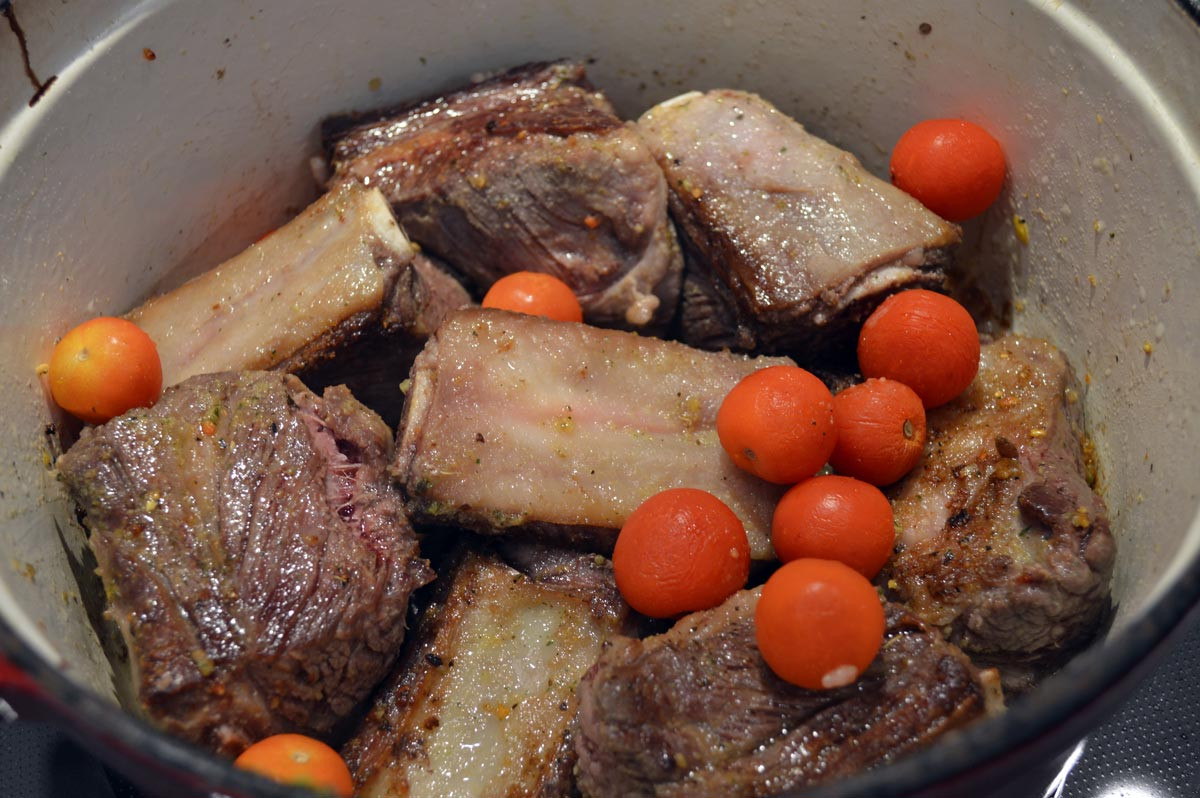 I had some tomatoes that were getting old and wrinkly, so this was perfect use for them. 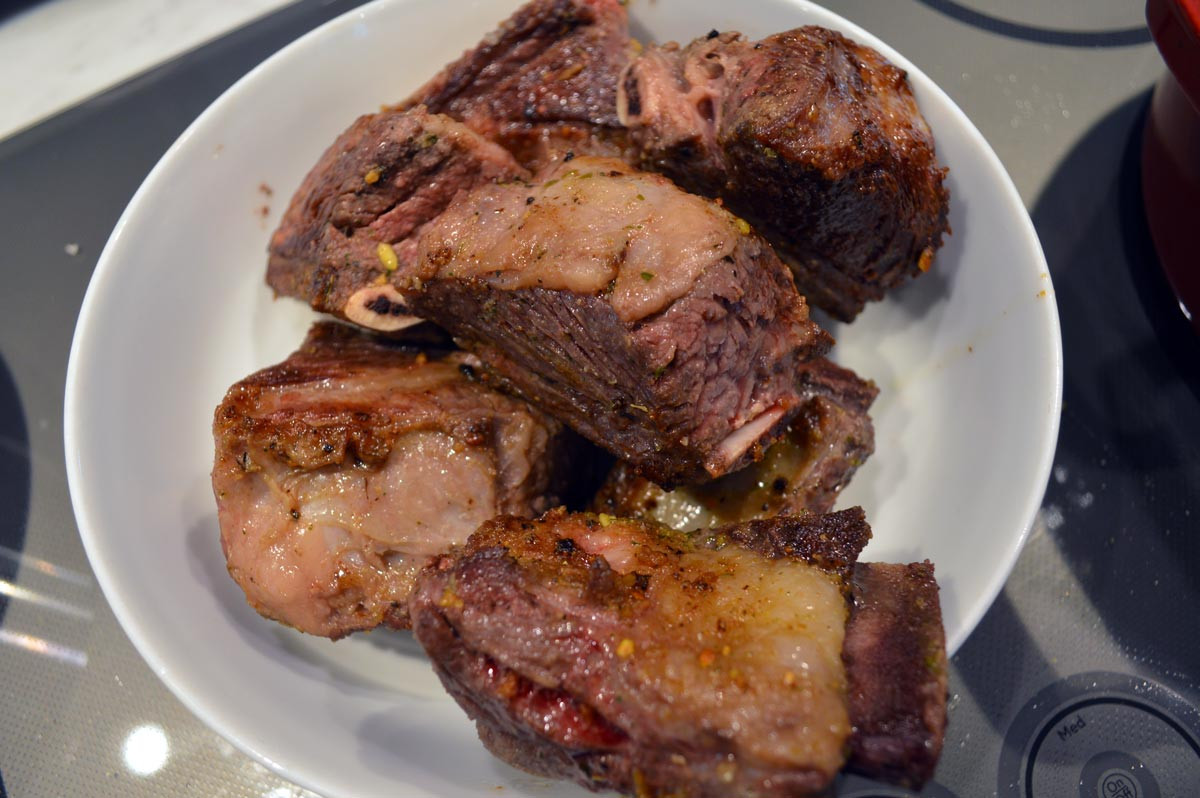 Once the ribs were browned on all sides, I took them out of the pot and placed them in a separate bowl. 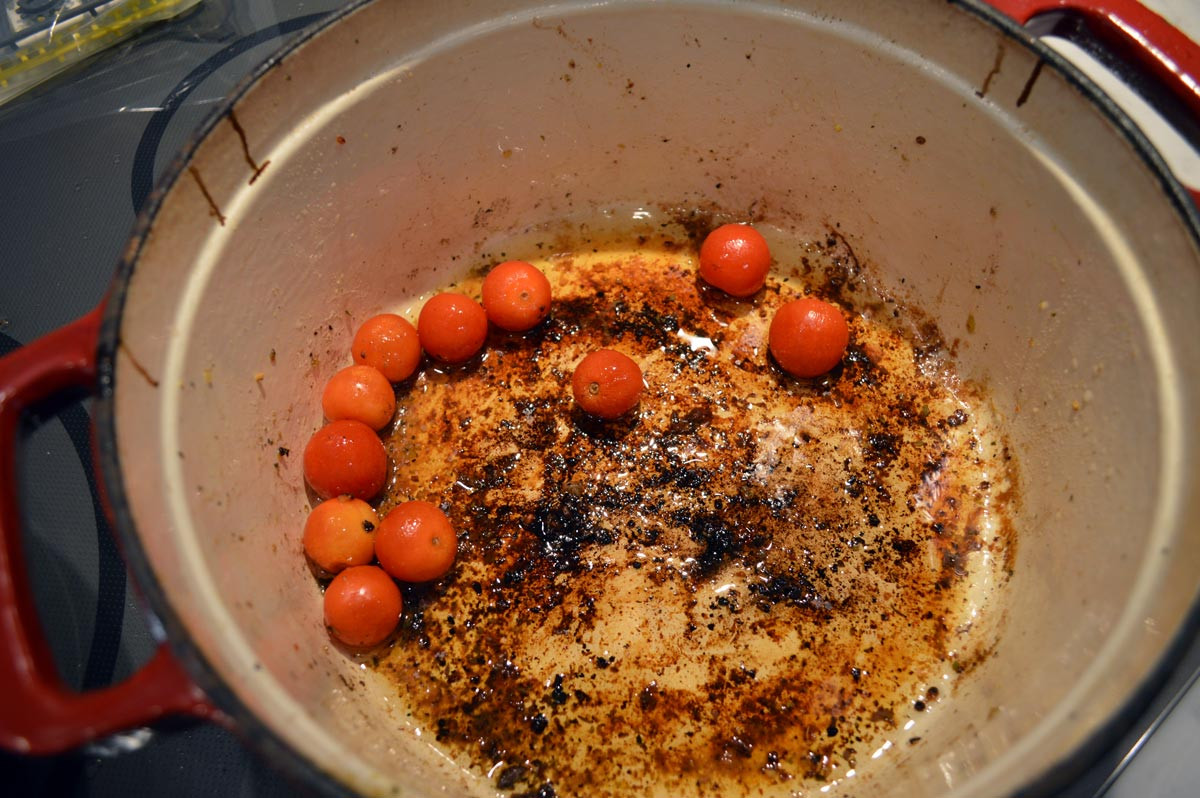 I put vegetable mix in the pot where ribs came from. 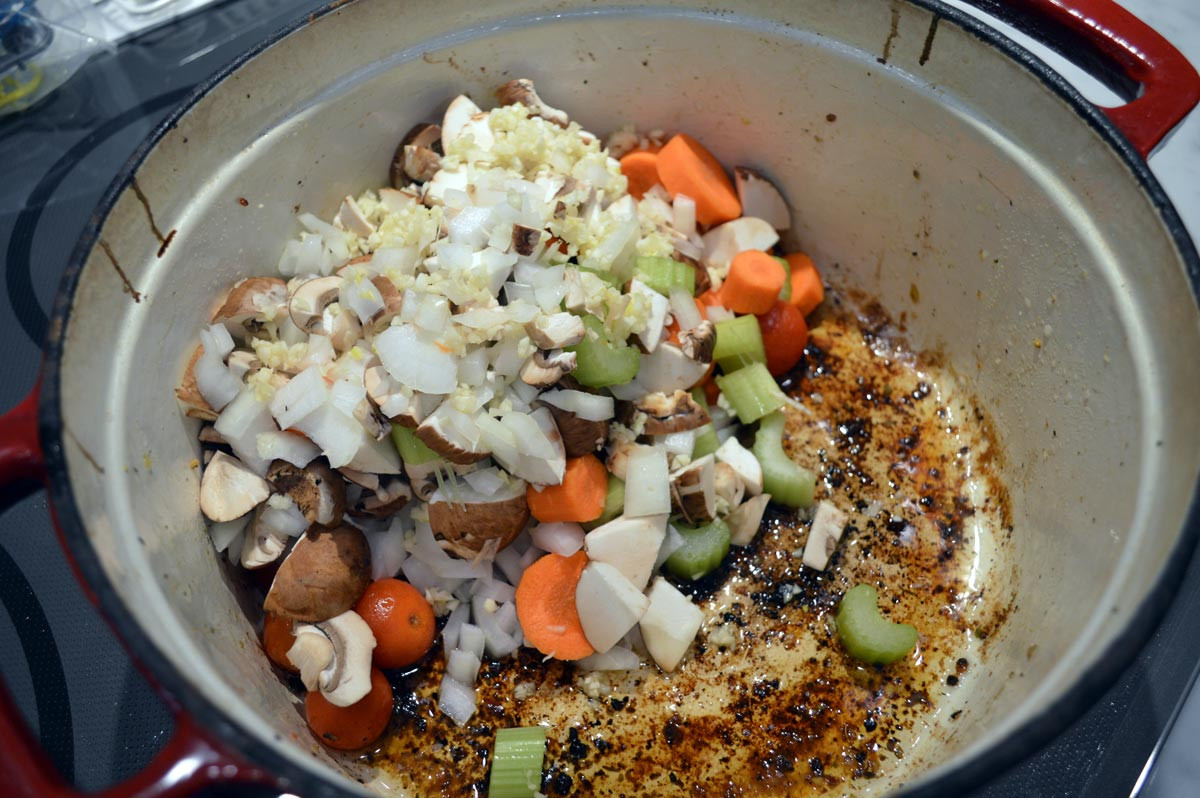 I seasoned the vegetables and cooked them until soft, stirring frequently. 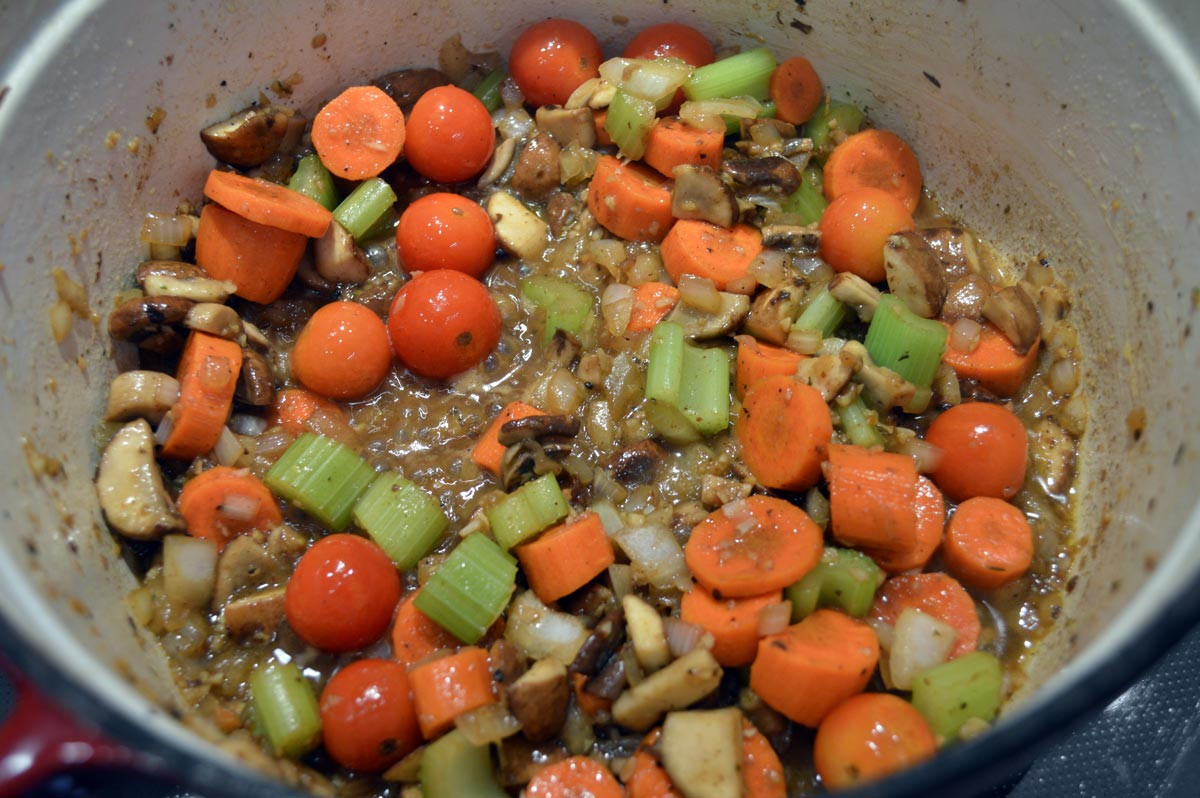 After they were done cooking, in about 10 minutes, I added the ribs back on top of vegetables. 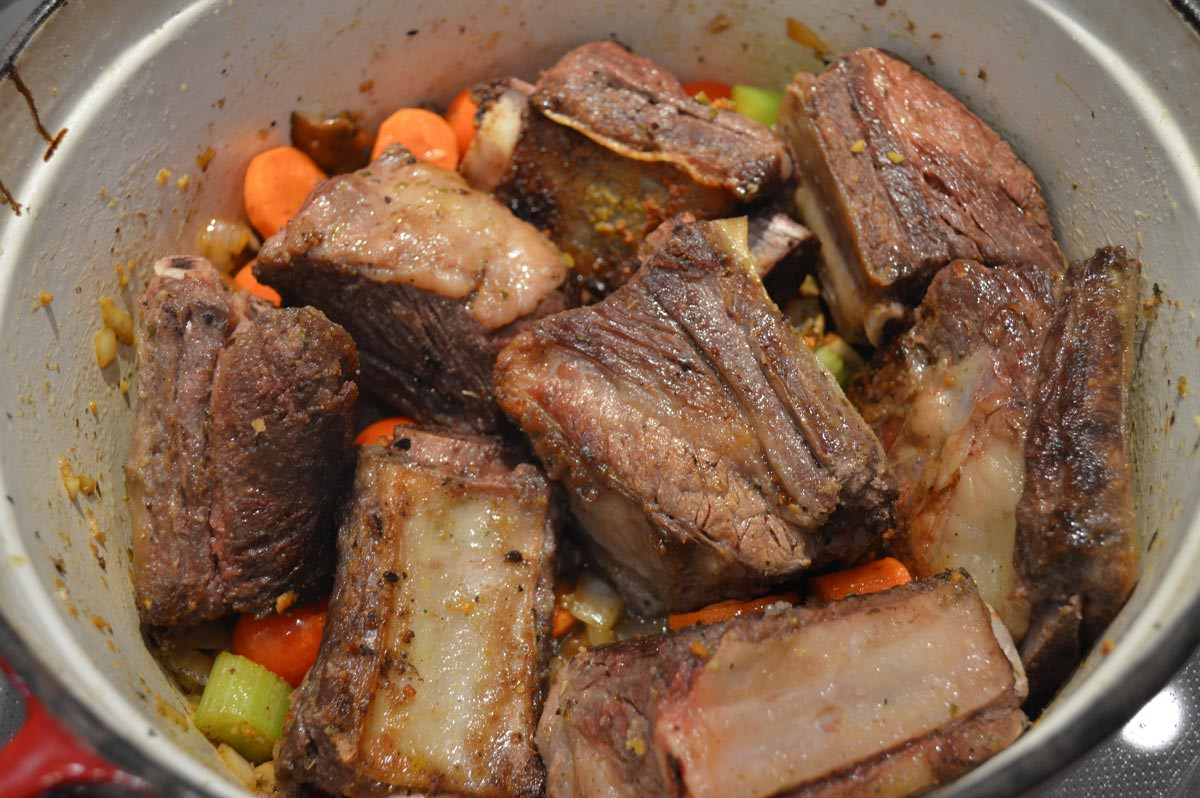 Then it was time for two cups of whatever stock you are using – I had vegetable stock left over from the last time, so I used that. 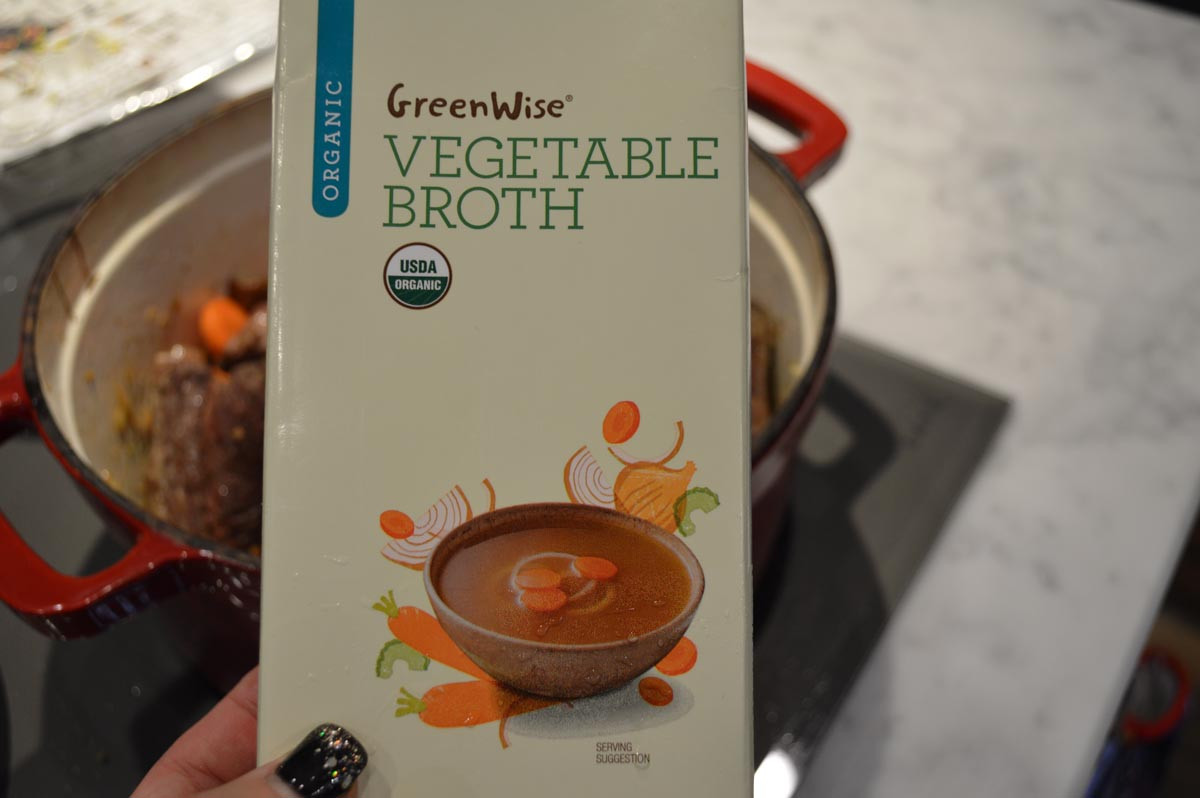 A cup of red wine went in next. 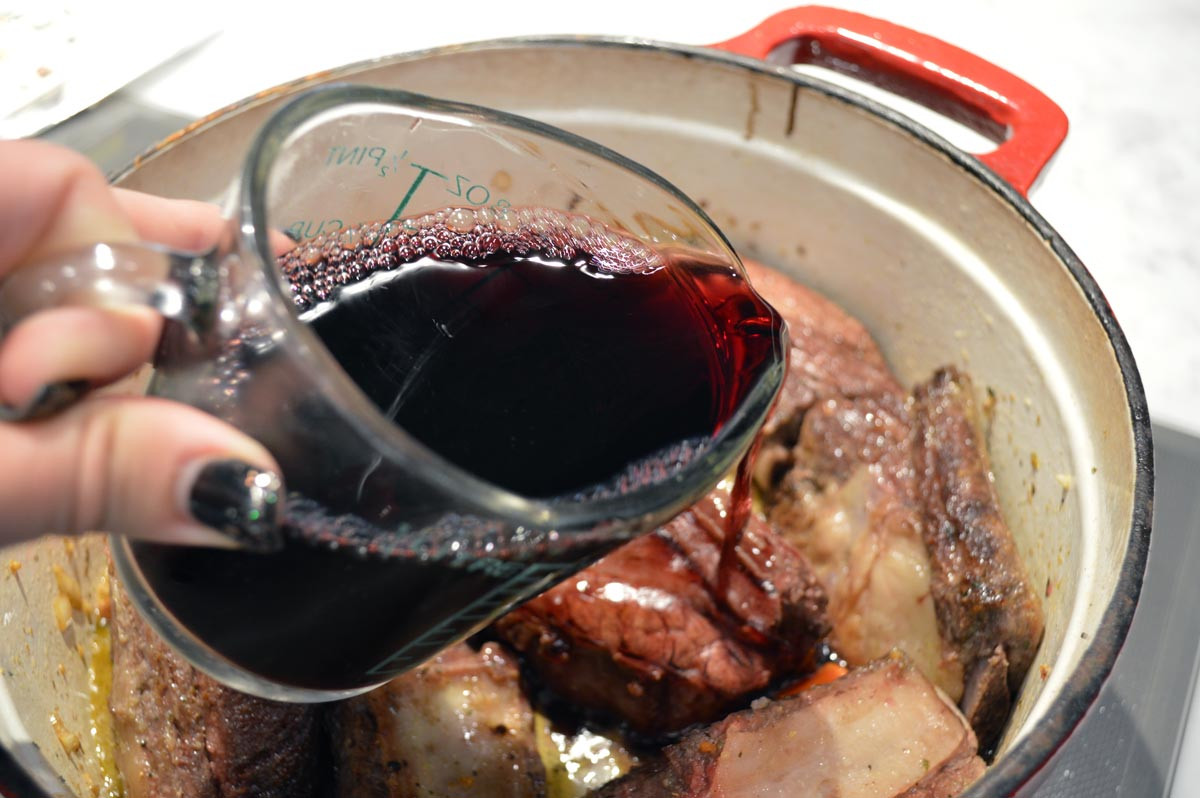 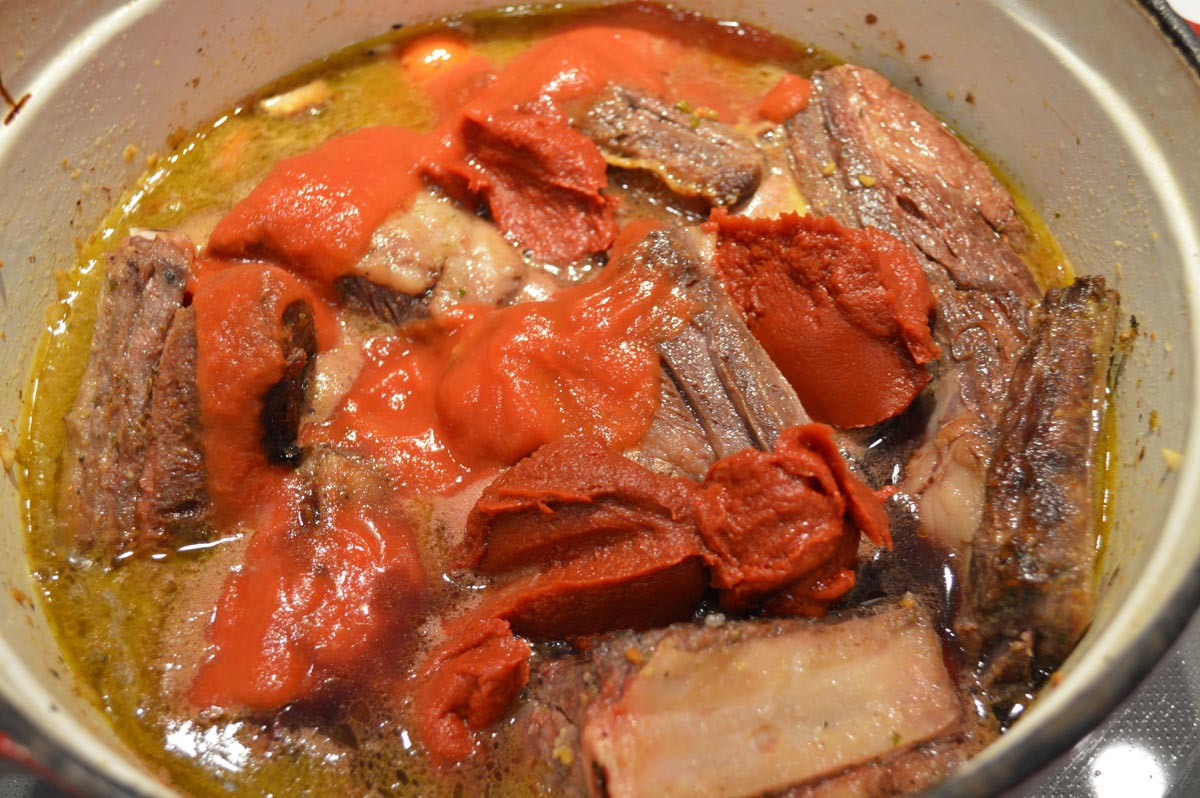 I stirred everything together, added bay leaves, dried thyme, reduced the heat, and covered the pot. 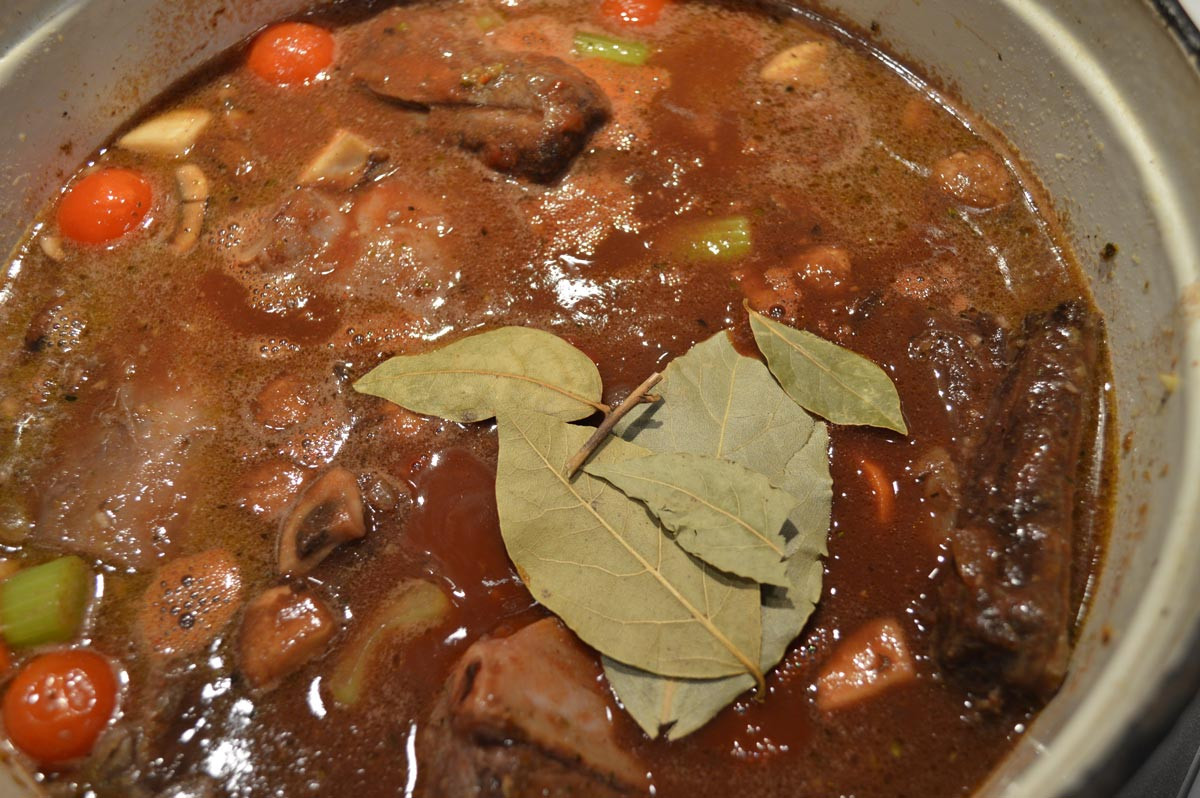 While the brazed ribs were cooking for 2.5 hours, the house smelled so good, that my mouth was watering the entire time. Our dog had an even harder time not to drool all over the place.

One advice I can give you is to not forget the ribs completely and check on them periodically. If you see that the liquid is getting dangerously low, you can always add some water or a bit more stock. I didn’t need to anything. 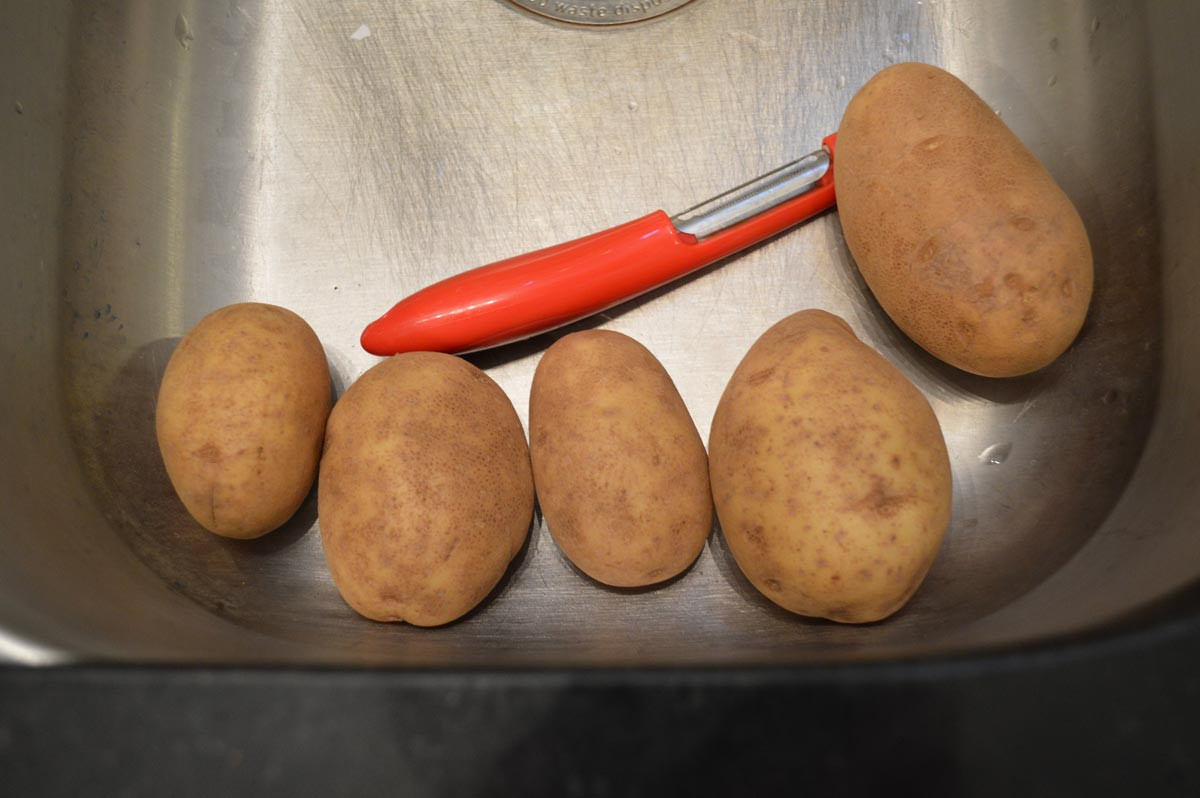 An hour before ribs were going to be done, I peeled my potatoes and placed them in pot with salty water. After they started boiling, I reduced the heat and let them boil until soft. 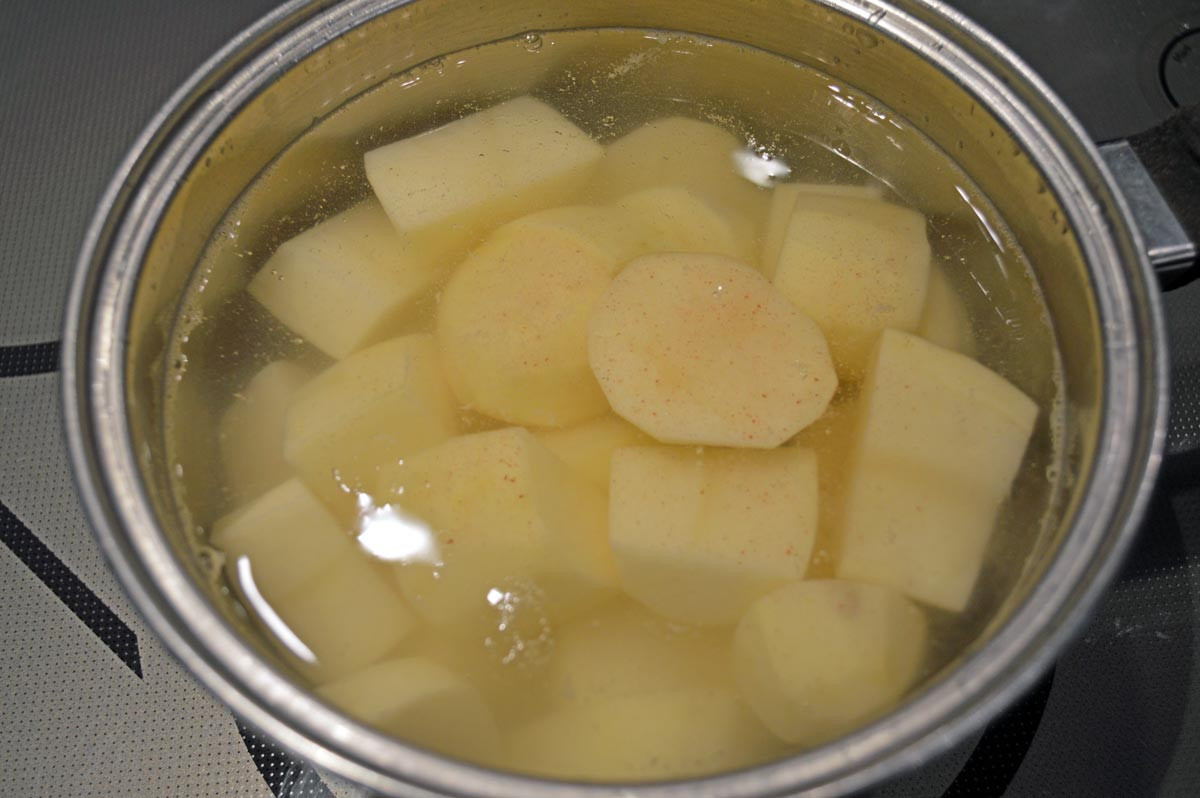 Next step was to pour the water out, dry potatoes for a few seconds back on the heat, add butter, sour cream, milk, and puree them with a hand held mixer. 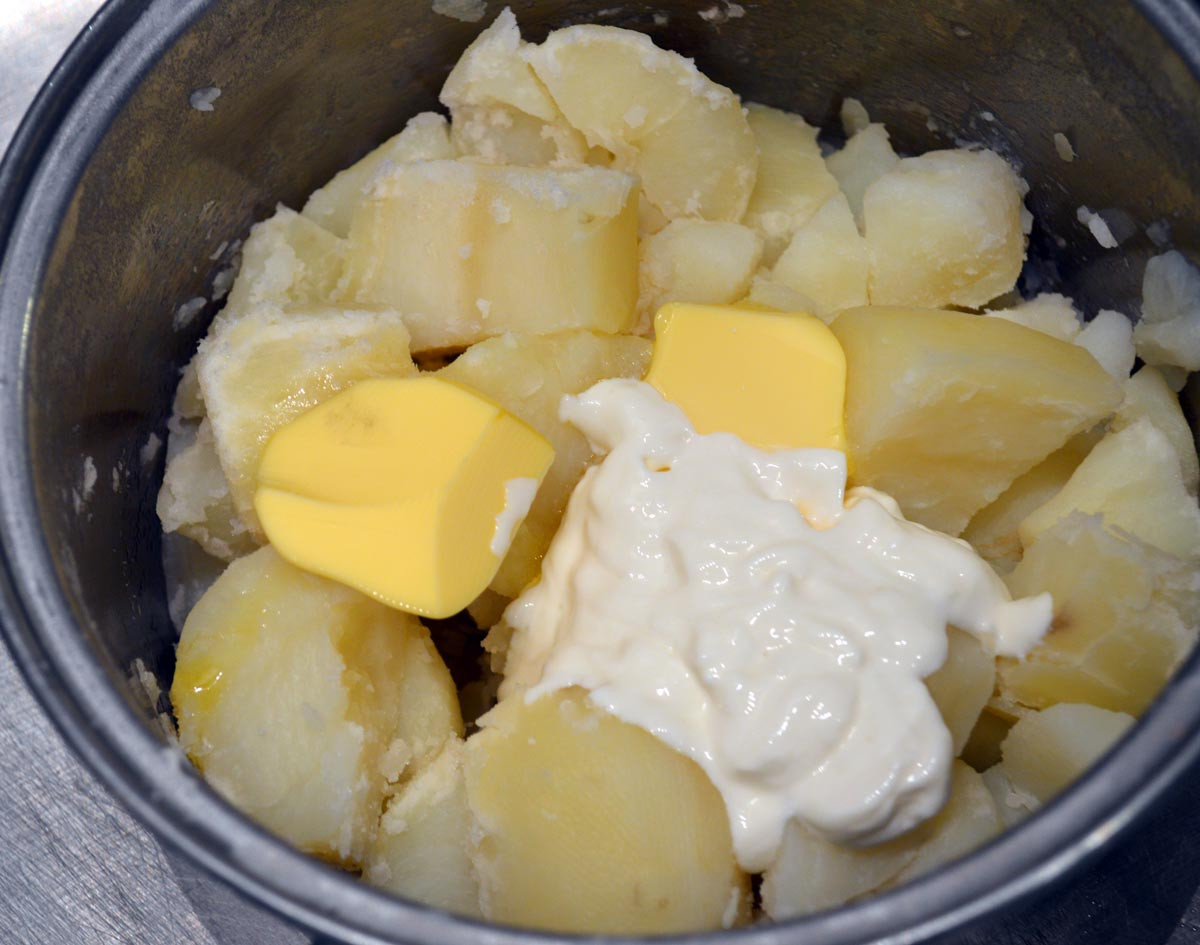 Using the mixer guarantees that potatoes will be creamy and without any lumps. They come out perfect every time! 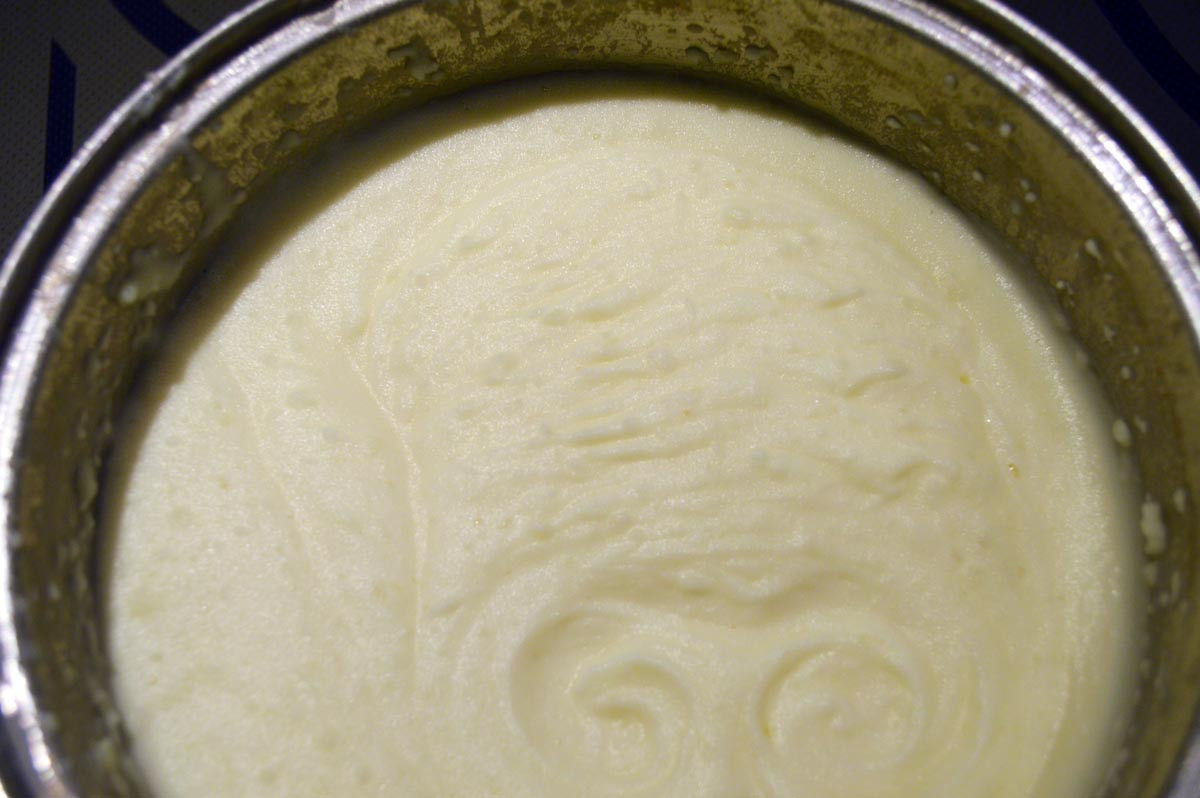 When ribs are done cooking for 2.5 hours, turn off the heat and you are ready to serve. 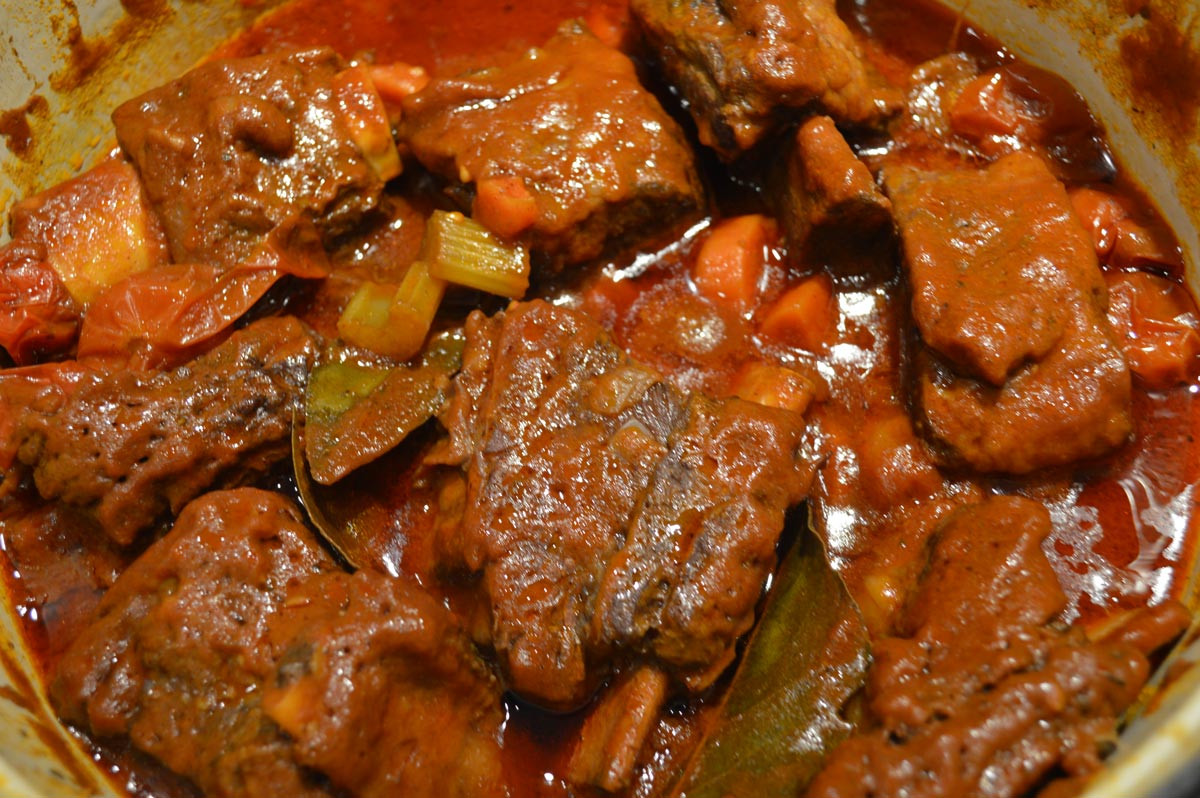 Organize mashed potatoes and brazed ribs on the plate, add vegetables and wine sauce from the pot, garnish with something green, and serve them hot. It’s so good you will be licking your fingers! 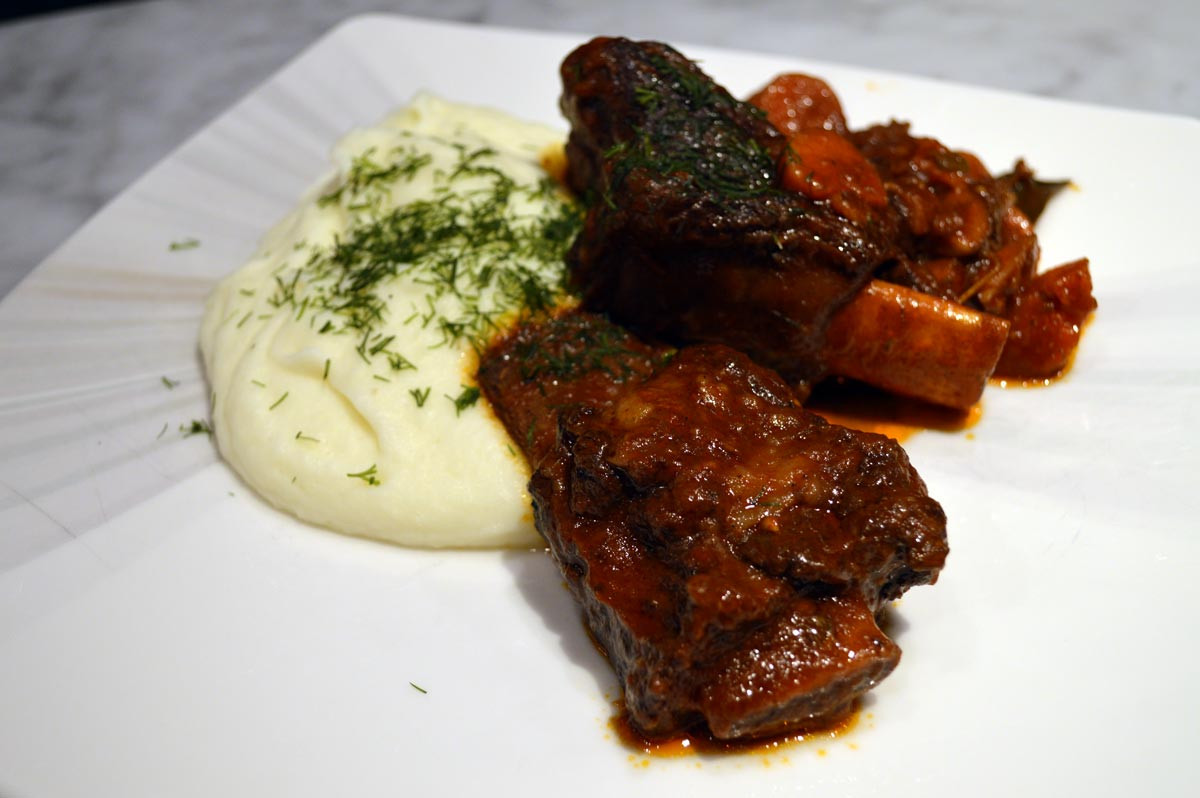 On the Old Continent we call this dish plov. The closest translation is rice pilaf, so be it. If you ever travel to Uzbekistan, Georgia, and other regions around them, you will definitely be served plov.

We live in the South, but my husband and I are both not from here, so all the Southern cooking doesn't come naturally to me. Despite that, we are raising two little southerners, so I decided that I should introduce them to some staples and avoid awkward silence with their friends when they ask about some ribs and fried green tomatoes.

Today was the first day that felt like fall - gloomy, cold, rainy, and windy. Nothing sounds better than fall off the bone slow cooked ribs on a day like this, even though my kids may disagree.