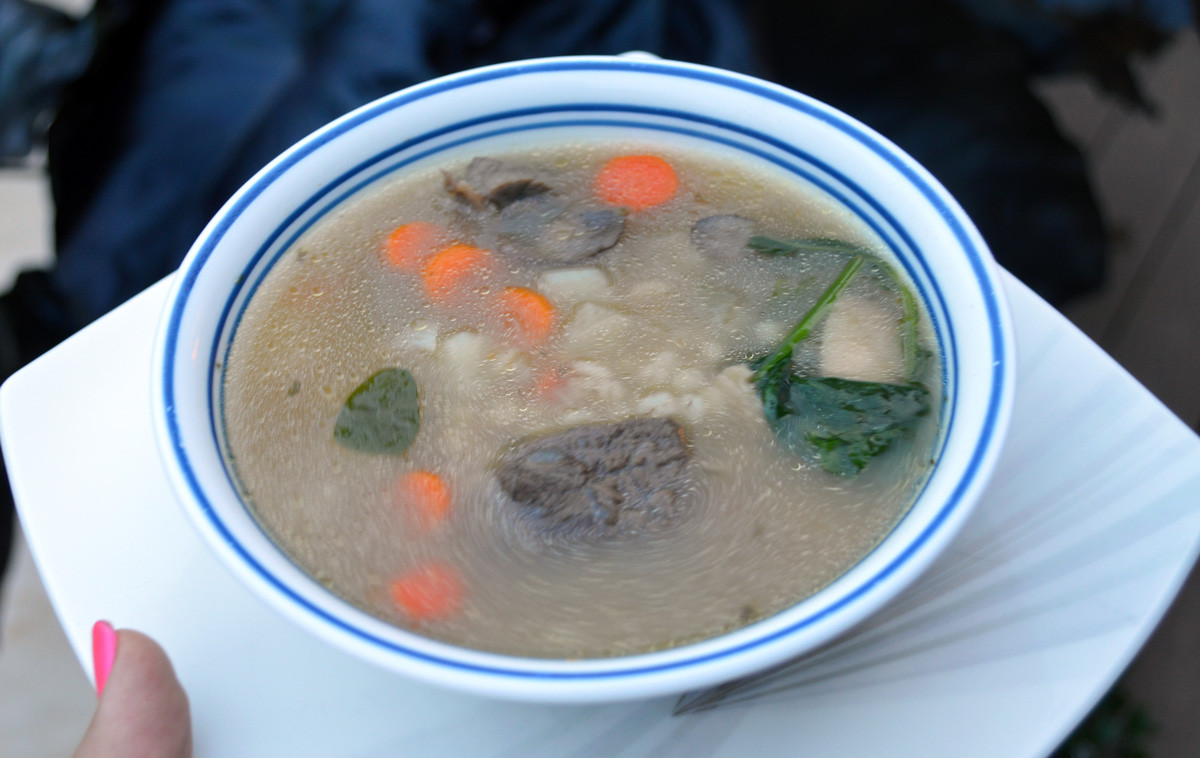 This soup is as dietary as it gets. It’s also perfect for fall and all that colder weather we will be welcoming soon enough. It’s rich, flavorful, easy to make, and very yummy. My kids have tasted every soup there is and have become quite the little experts. This one they approved, which is a high mark for soup.

I am from Europe, so soups for me are a must. I like clear ones, since my childhood, and I like creamy varieties as well. From dietary stand point, which matters a great deal to me, clear soups are much better for us. They contain fewer calories, but that doesn’t mean they lack in taste or nutrients - on the contrary!

I have spent enough time on Nutrisystem to fall in love with soups even more. They can be eaten in almost unlimited quantities, keep us full, and help us lose weight. One thing I don’t usually use is broths. I always cook soup with either chicken or beef with bones and this way no extra broth and sodium is ever needed. The recipe for this soup called for beef broth, but it came out perfectly fine without it. 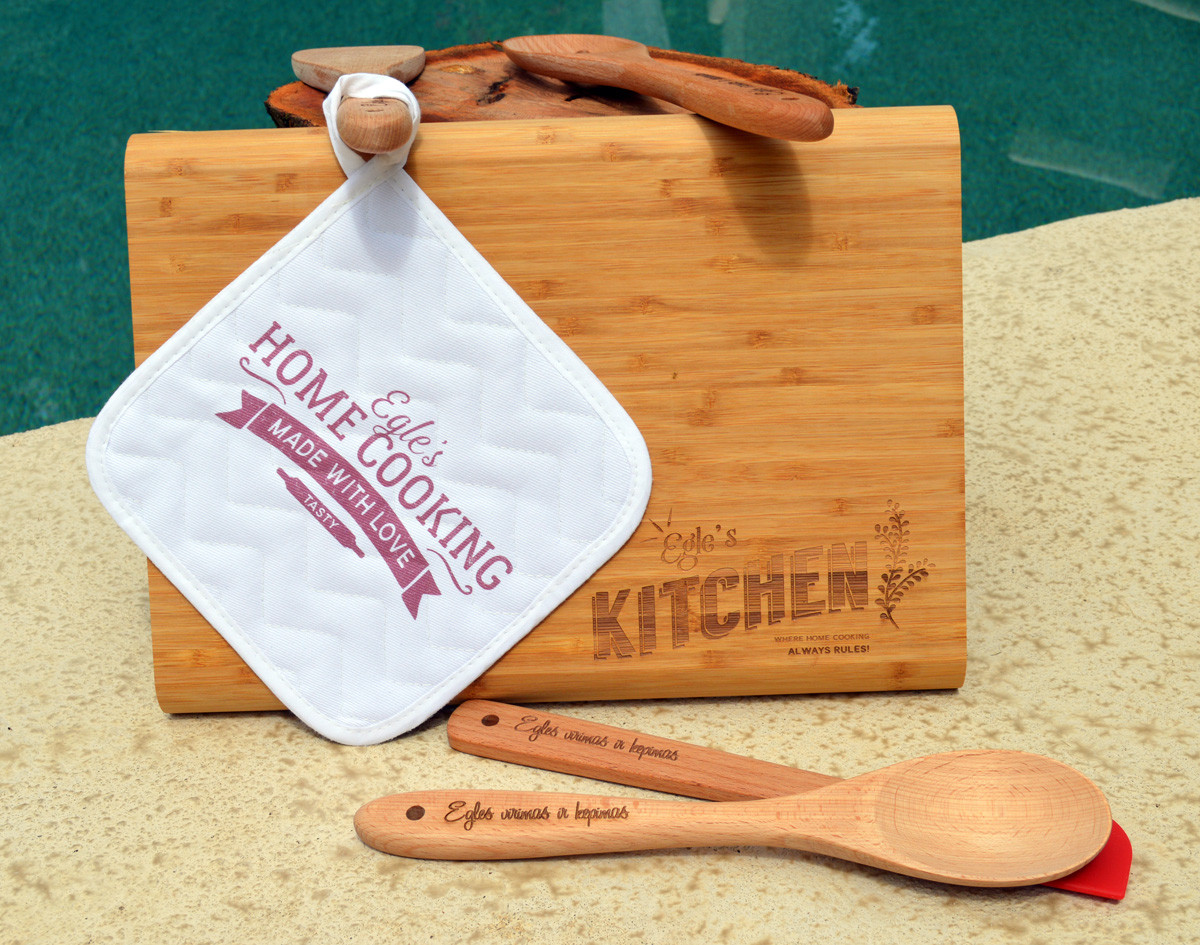 These days there is a little extra pep in my step in the kitchen. I bought myself some personalized kitchen tools recently and absolutely love the special feeling I get when using things that have my name on them – wooden utensils, cutting board, and pot holder from Personalization Mall. 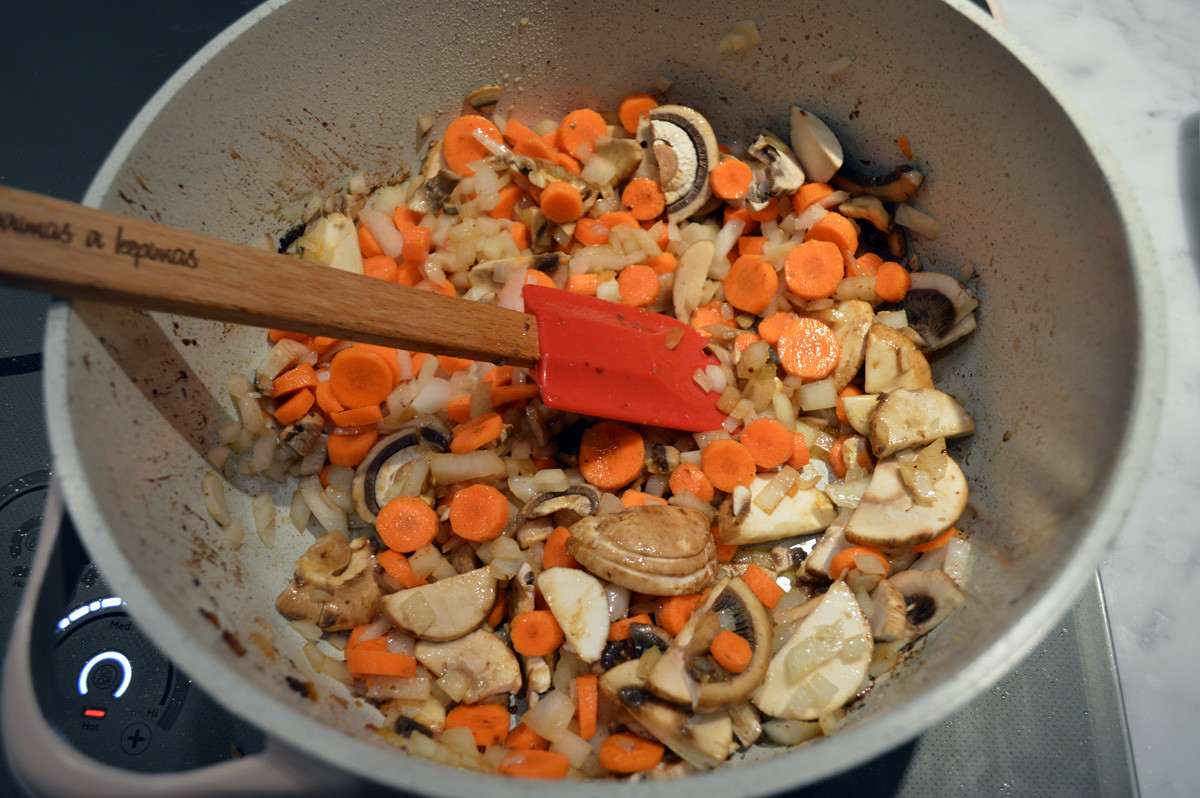 If you don’t have anything like that, give it a try!

Start the cooking process by putting your beef shanks on the bottom of Dutch oven for browning on both sides. 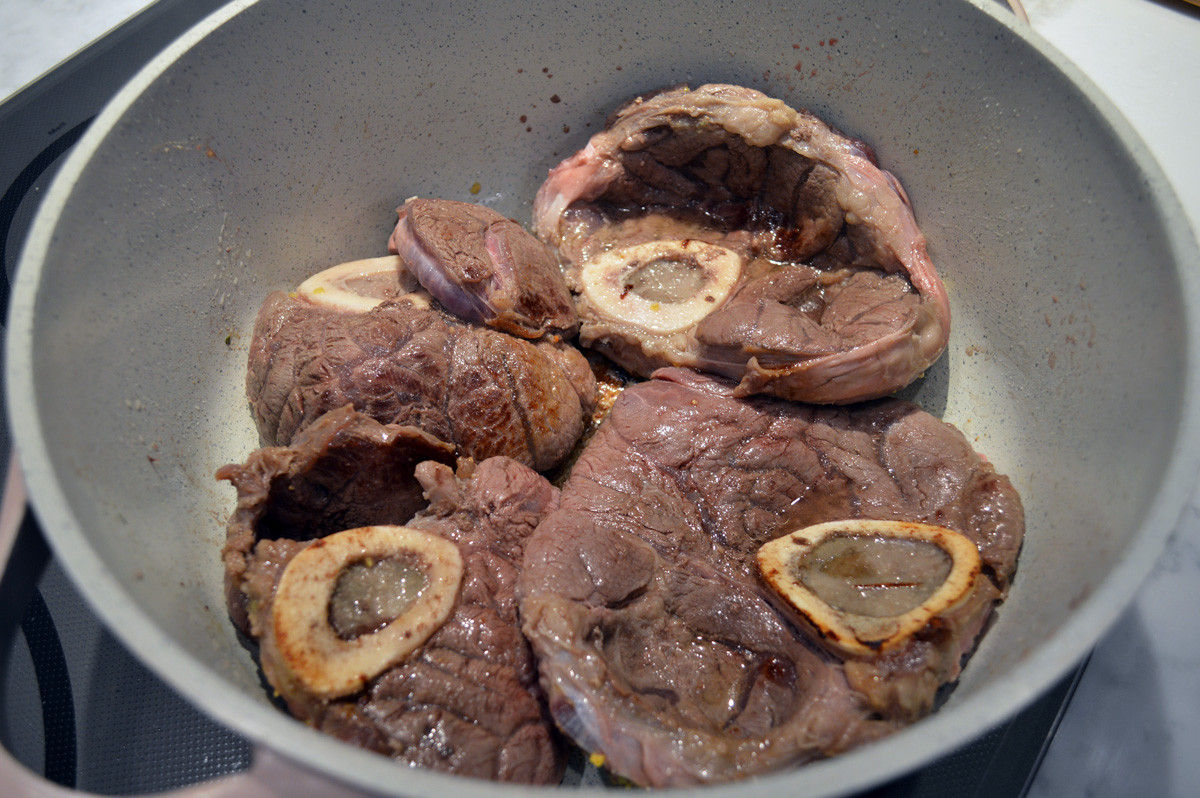 Use just a bit of olive or coconut oil and sear them on medium high heat until slightly brown. 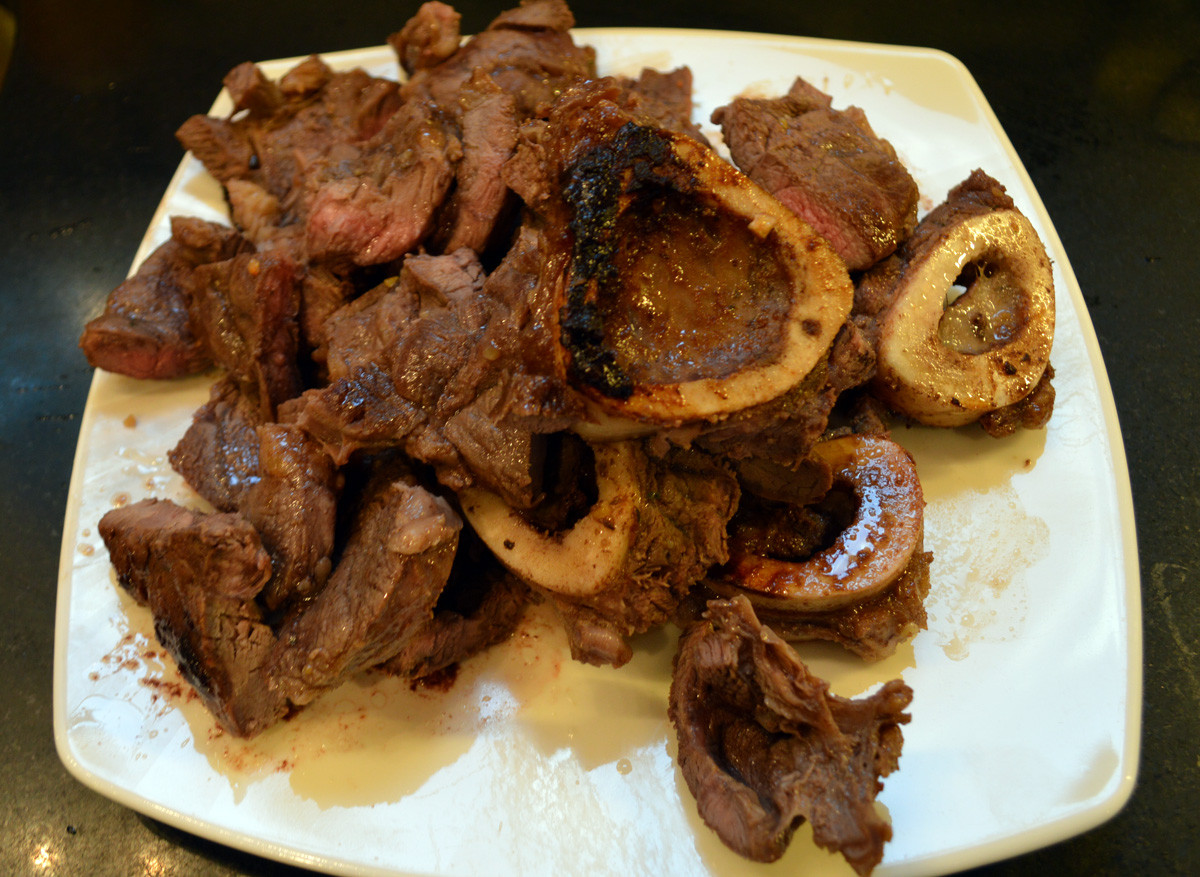 Take the shanks out and let them rest on the plate.

While your shanks are browning, you have time to peel and cut carrots, chop onions, and cut mushrooms into small pieces.

After you remove the shanks from the pot, put those carrots, onions, and mushrooms there and cook until softened and slightly brown. 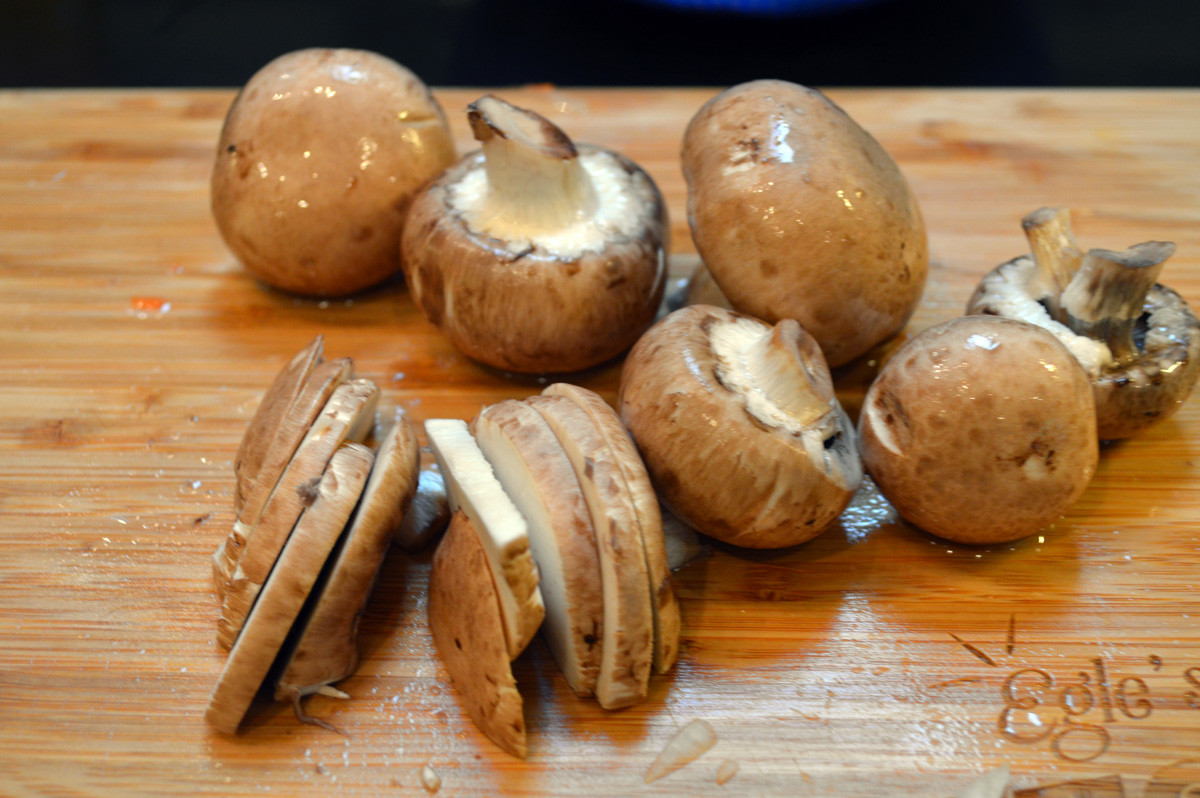 In the meantime, cut meat into 1 inch or so slices. 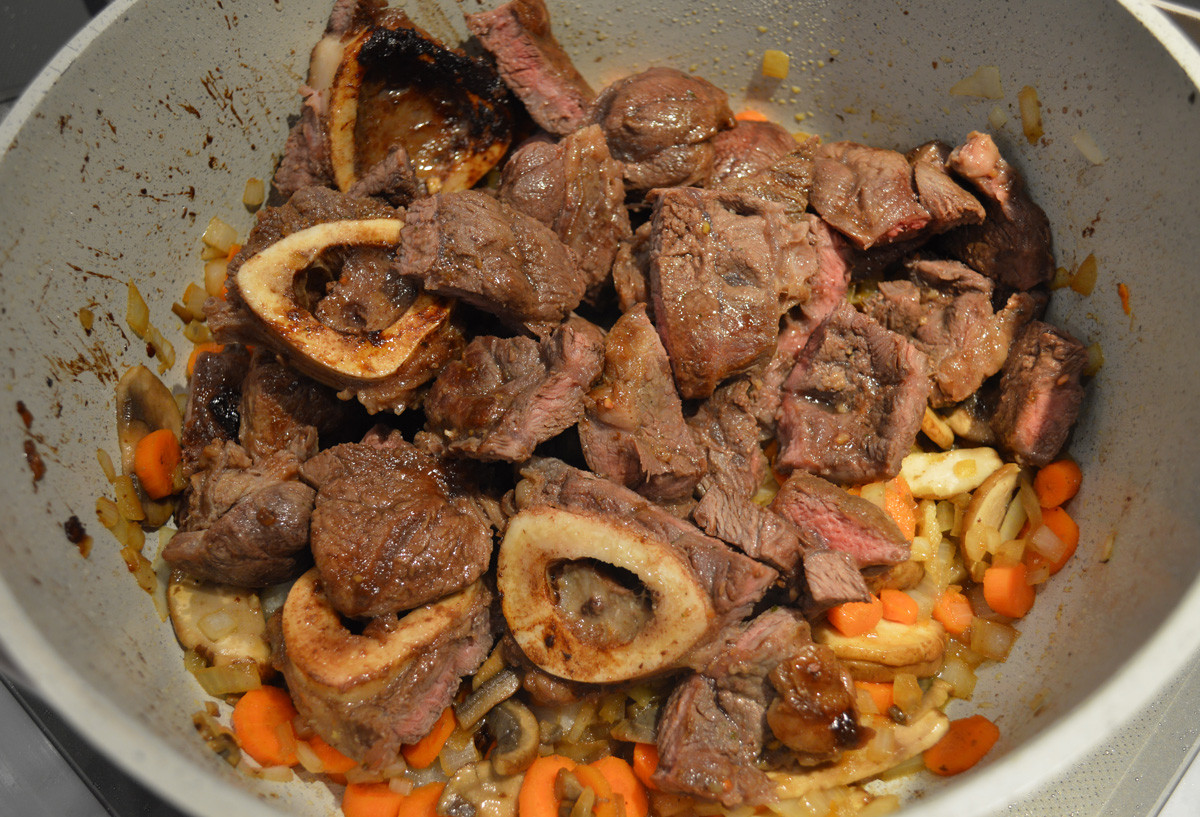 Add them and the bones back into the pot once the veggies there are done cooking. Stir everything together and add 12 cups of water. 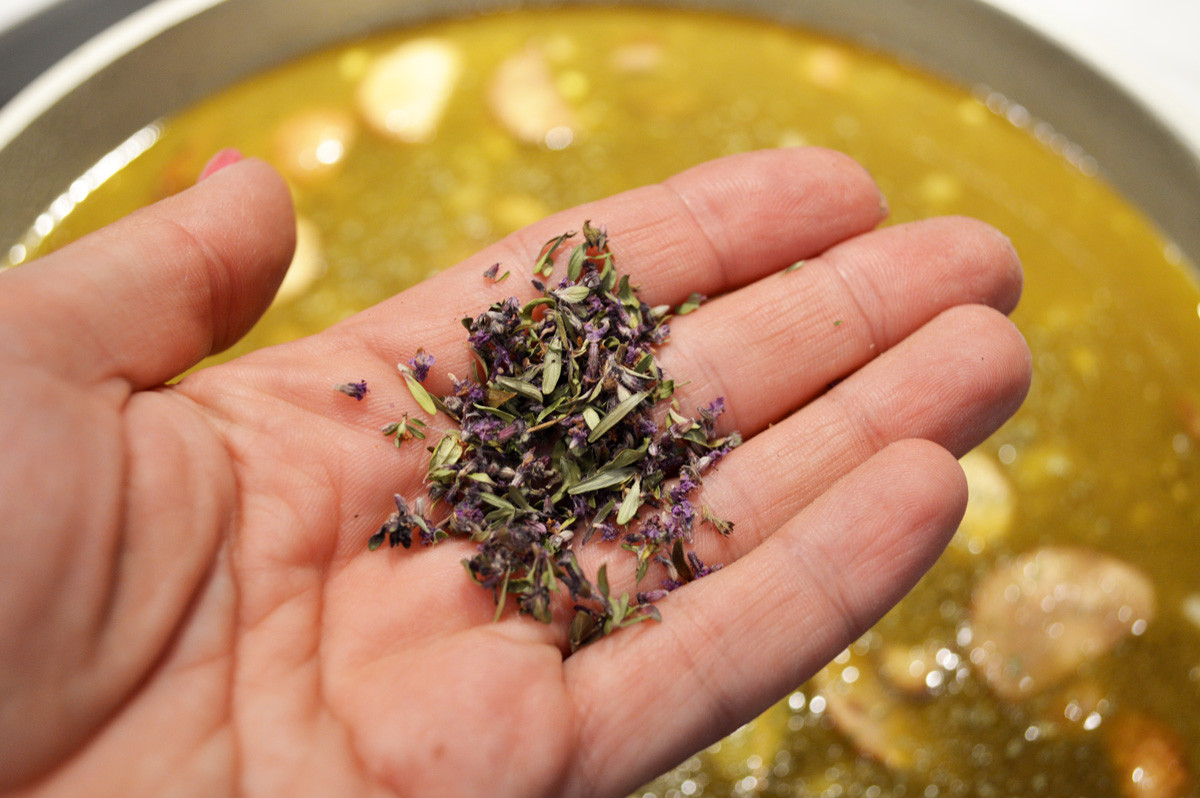 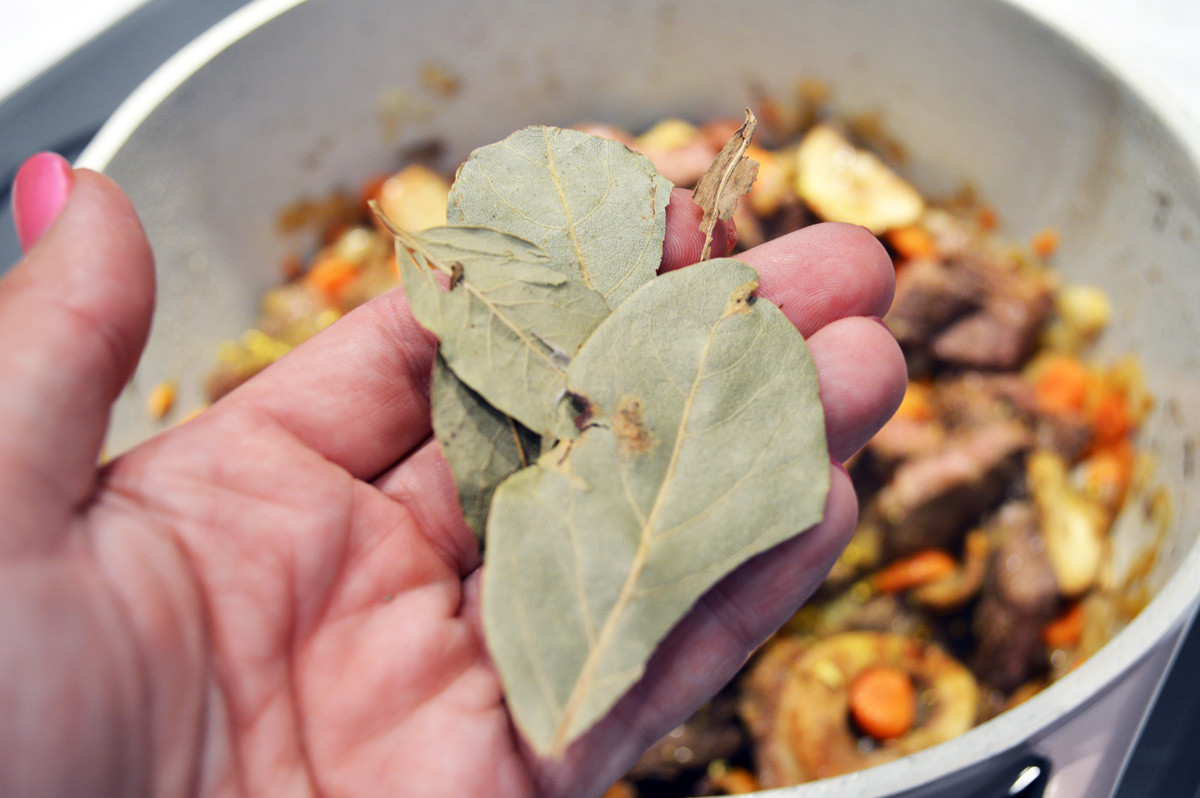 Since I don’t use beef stock or bouillon cubes, I don’t skimp on soup seasoning. 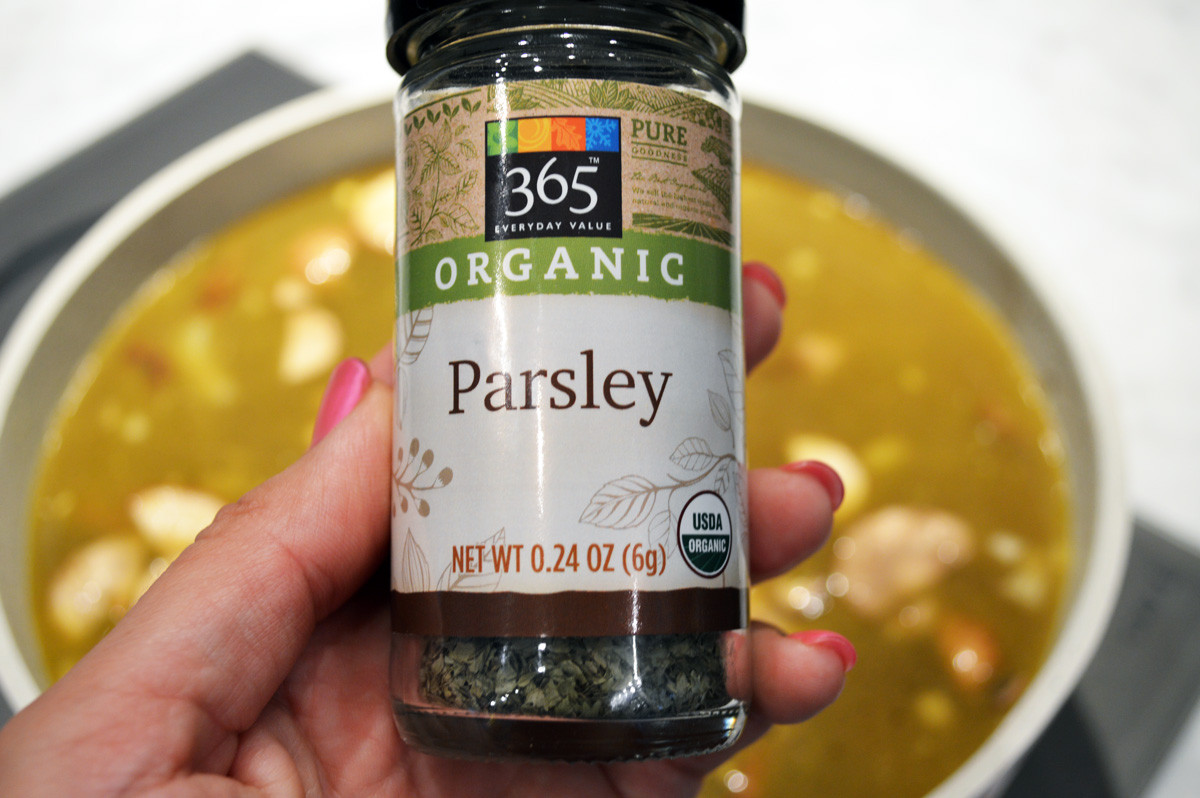 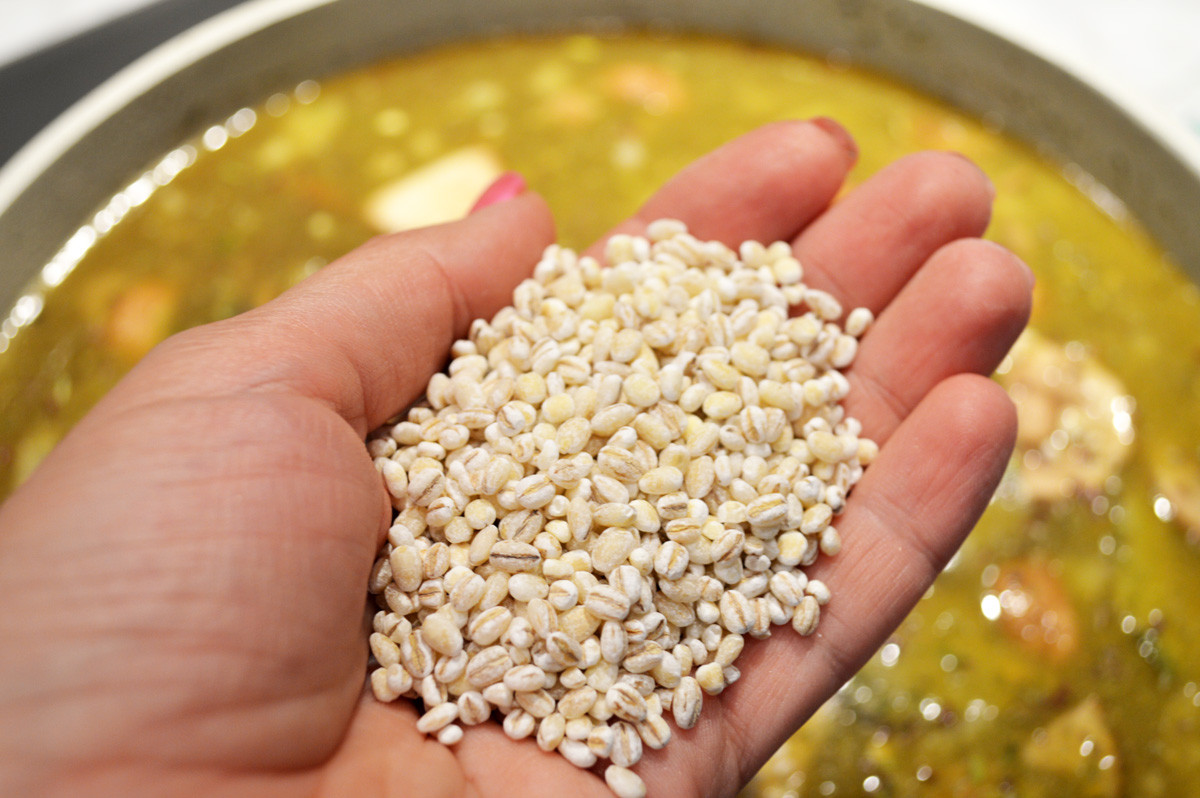 Pearled barley goes in as well. Stir everything, reduce the heat after boiling, cover, and simmer for about an hour. 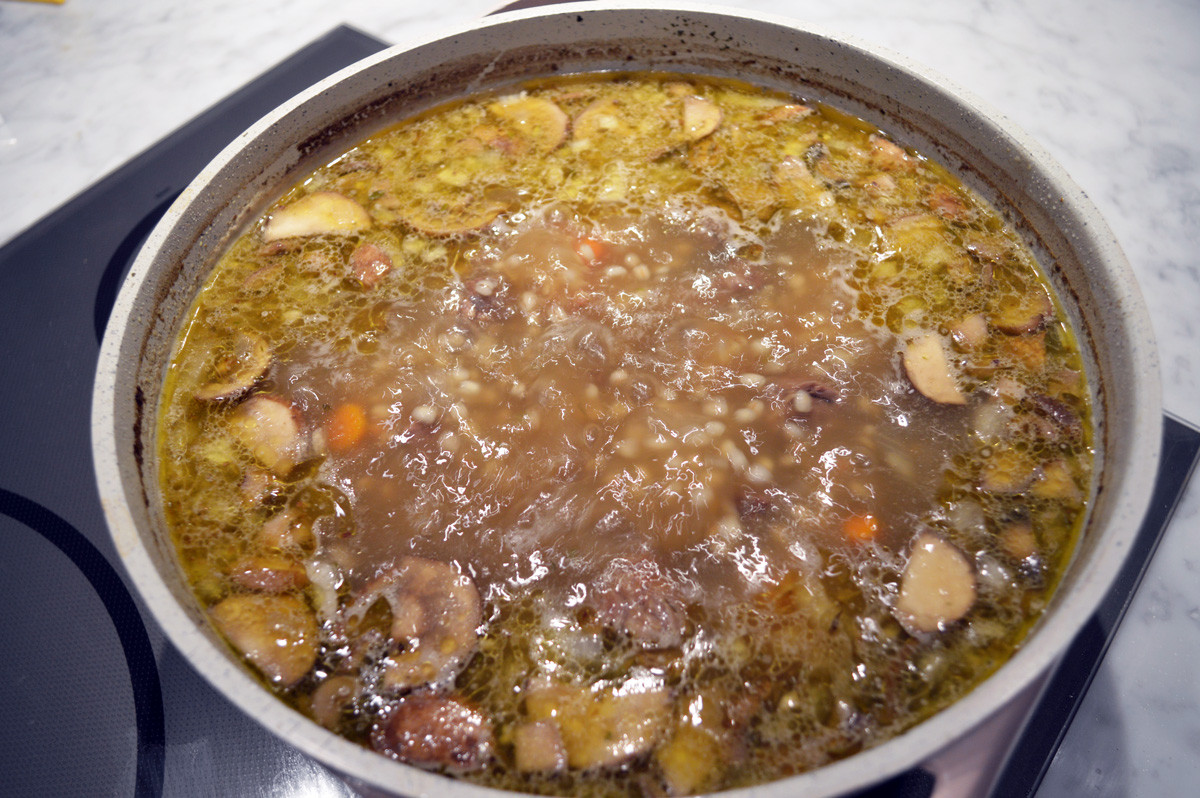 When the hour is almost over, wash and chop spinach and peel and cube three potatoes.

All of that goes in for 10 minutes at the very end of cooking. Always check if you have enough salt before you turn the pot off, and if you like the taste, you are done. 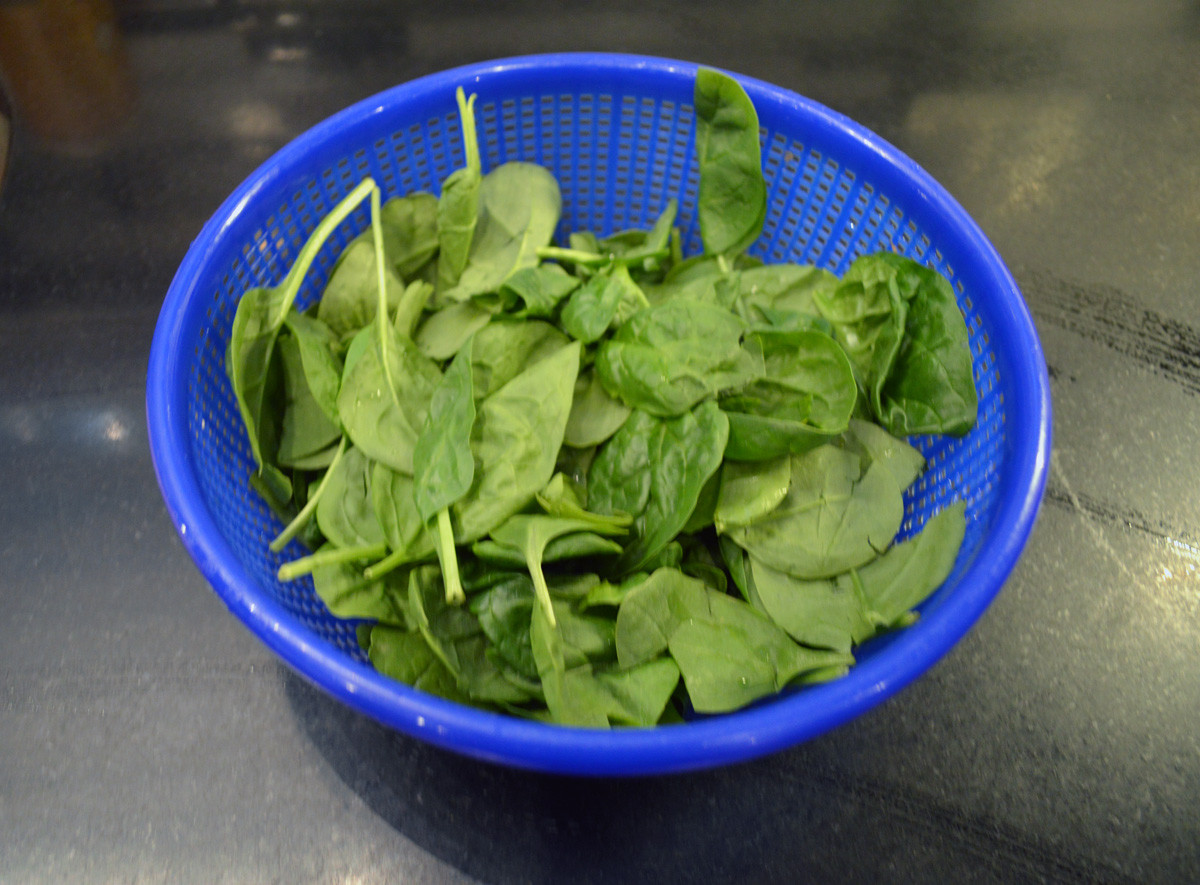 I serve this soup with a little bit of sour cream, but it’s totally optional. And so is bread, which I skip, but my family enjoys. This soup will be just as great for the next day’s lunch, so make sure you have a big enough pot! Finally, the round bones are great for dogs because they don’t splinter and can never really be chewed up fully, but provide hours if teeth cleaning. This is truly an edible gem for the entire family! 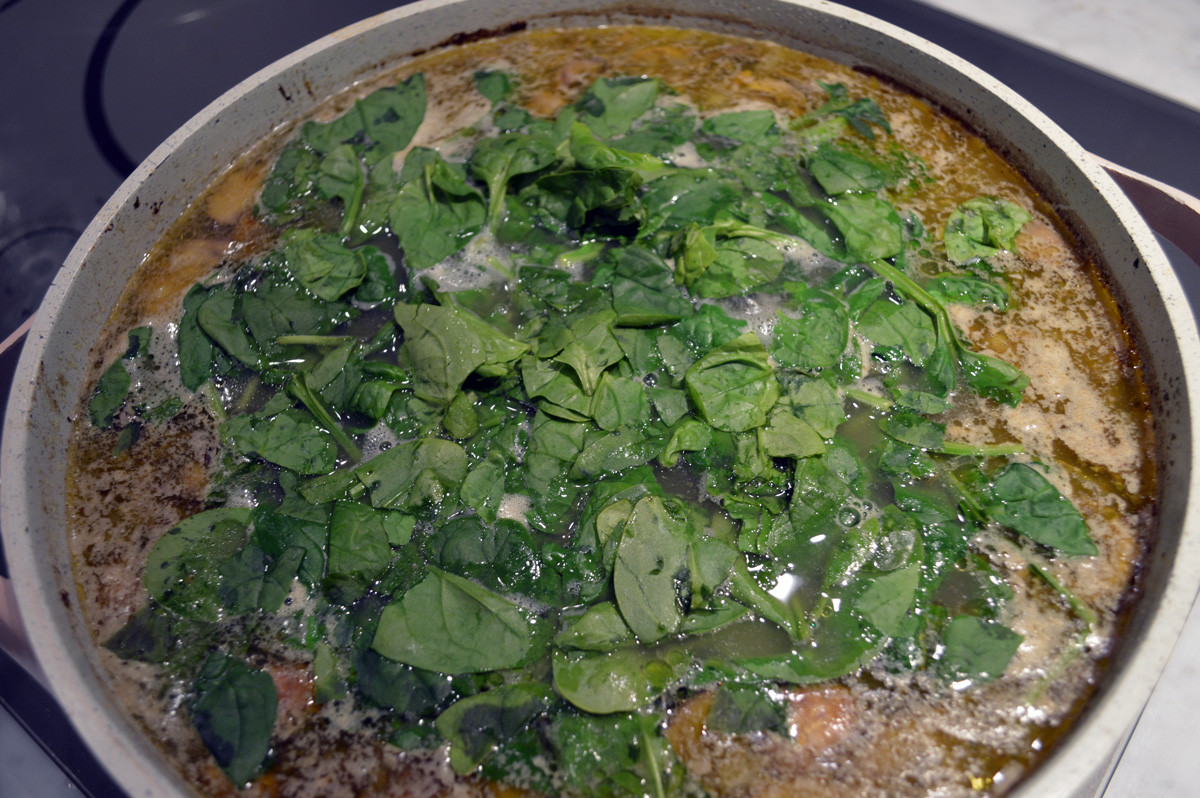 There are times when we need to detox and treat our bodies right.

Cold soups of all kinds are perfect for summer, and none are more perfect than this. I grew up on it in Lithuania and know that Slavic people have similar variations as well.

Soup is like a dietary medicine for me. After a party weekend or any other random face stuffing day I always make beet or cabbage soup and eat it for 2 days. After those two days I feel light and ready to conquer the world again.