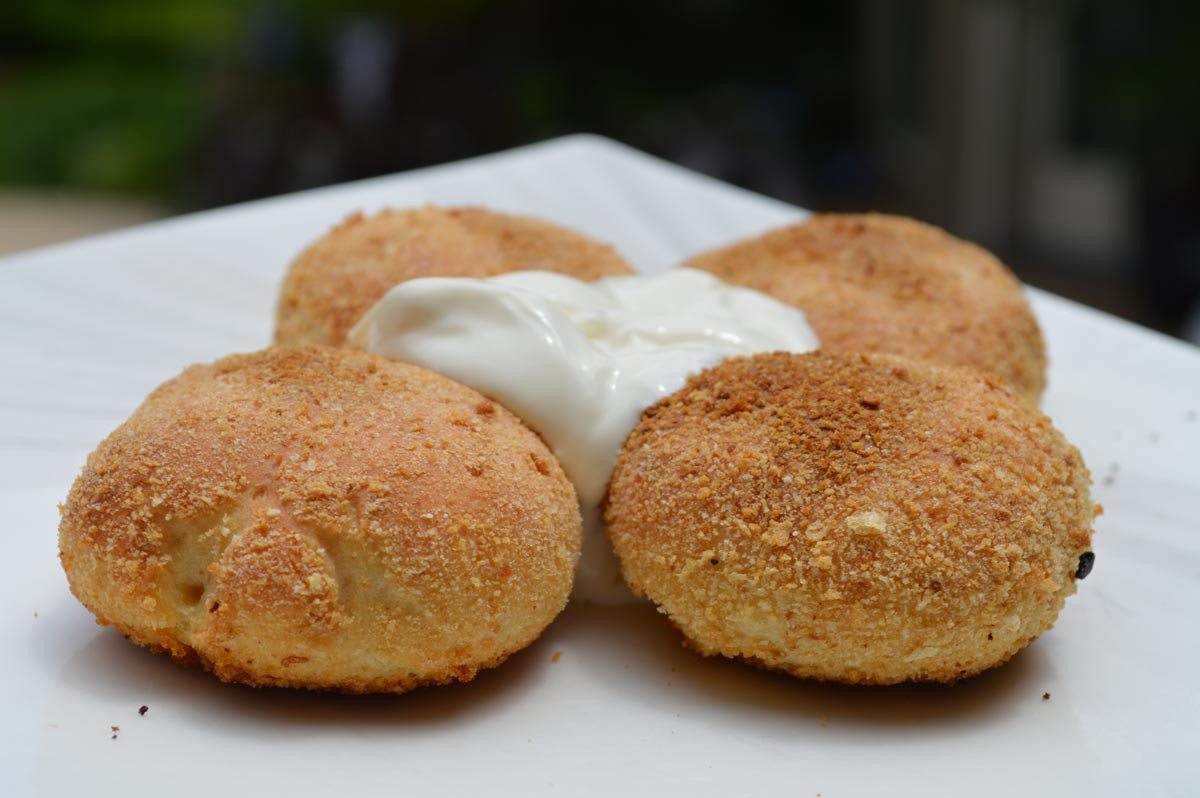 Today was the day when kids finally made me let them cook something. I always enjoy their initiative to help out in the kitchen, but I don’t always take time to create recipes that they can do totally on their own. I know - I should encourage them while they still have the desire. In truth, I am a bit of a clean freak, so 7 and 9 year olds in the kitchen always means vacuuming afterwards and I don’t always want to take on such a project.

Today’s recipe was a meal that can be served for breakfast just as well as for lunch. It was easy and fun for kids, because they had to stick their hands into dough, and what can be more fun than that? Ricotta cheese balls are great for people who are on a diet or have dietary restrictions, like gluten intolerance. My recipe has gluten, but the organic flower that I used can be easily substituted. Nutrisystem diet wouldn’t mind those balls as well, because they contain very little sugar and lots of protein from ricotta cheese.

The recipe is very simple and requires just a few ingredients, all of which but one can definitely be found in every kitchen. Let’s take a look at what my young cooks did today:

I let my kids guide the entire process, so they did everything themselves, except the cleanup. I stood on the side, told them what to do, and took pictures to be sent to the grandmother who was very proud. 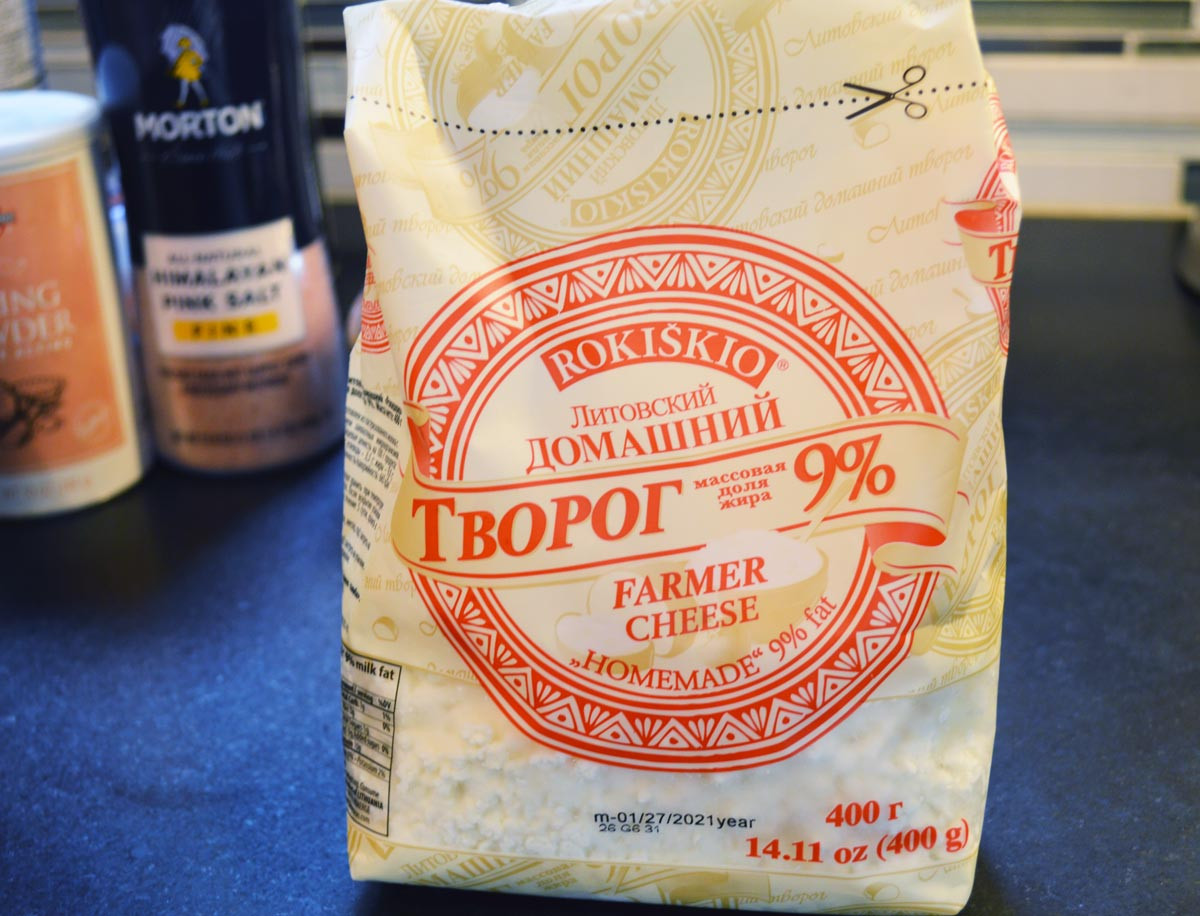 They started by putting the entire package of Lithuanian cottage cheese into a wooden bowl. 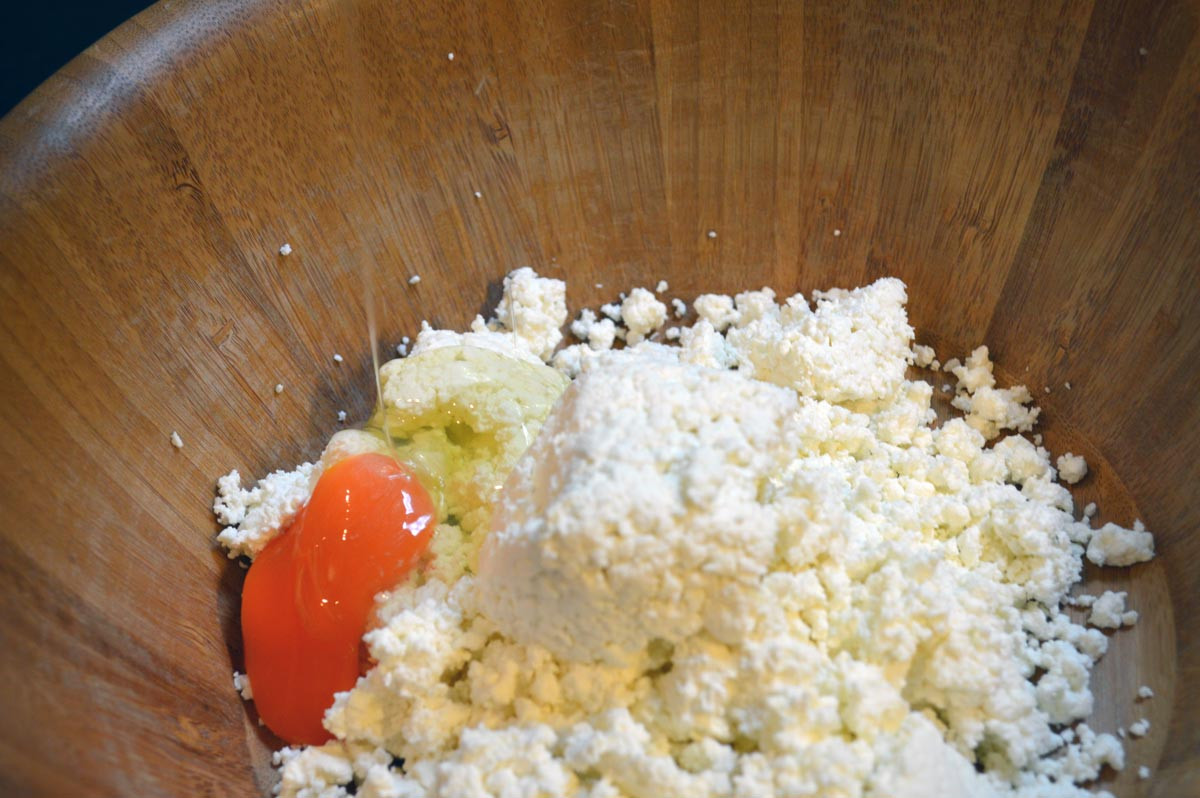 I use this cottage cheese any time a recipe calls for ricotta cheese, but you can use organic ricotta and it’ll turn out perfectly. 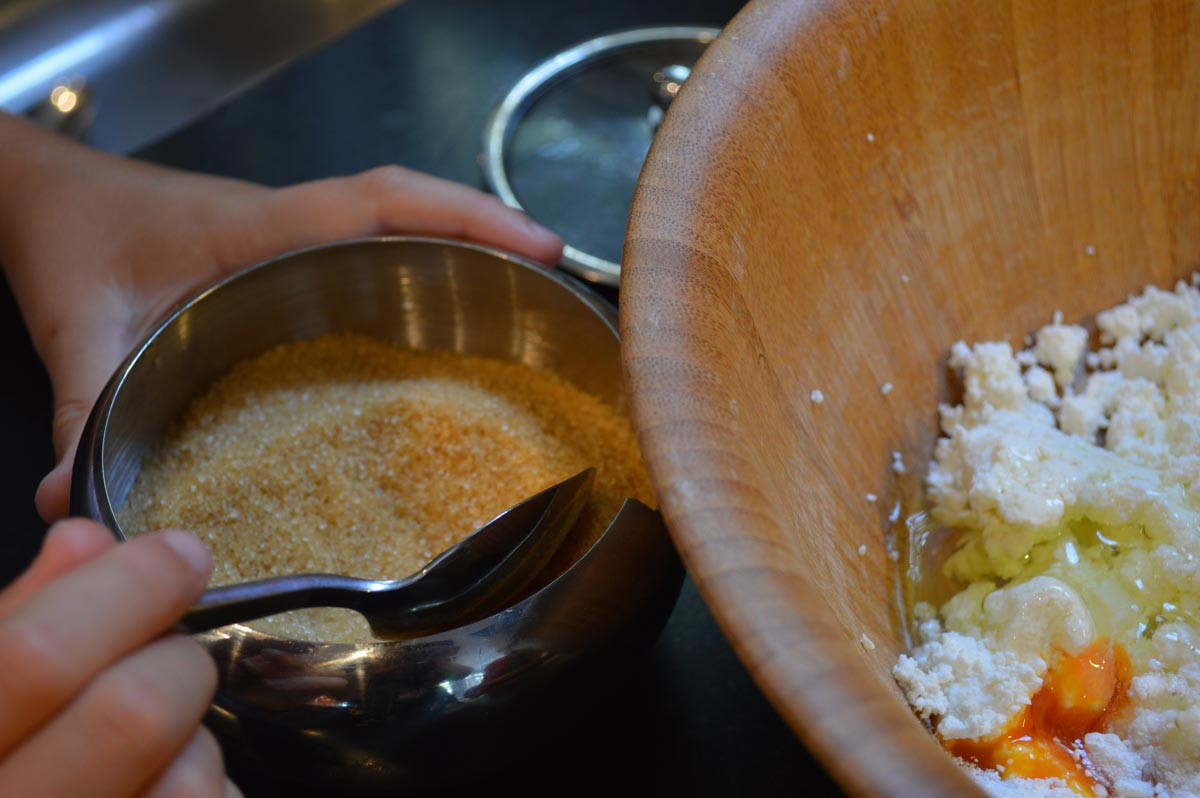 My daughter took on the dough kneading and folding until it became all thoroughly mixed. 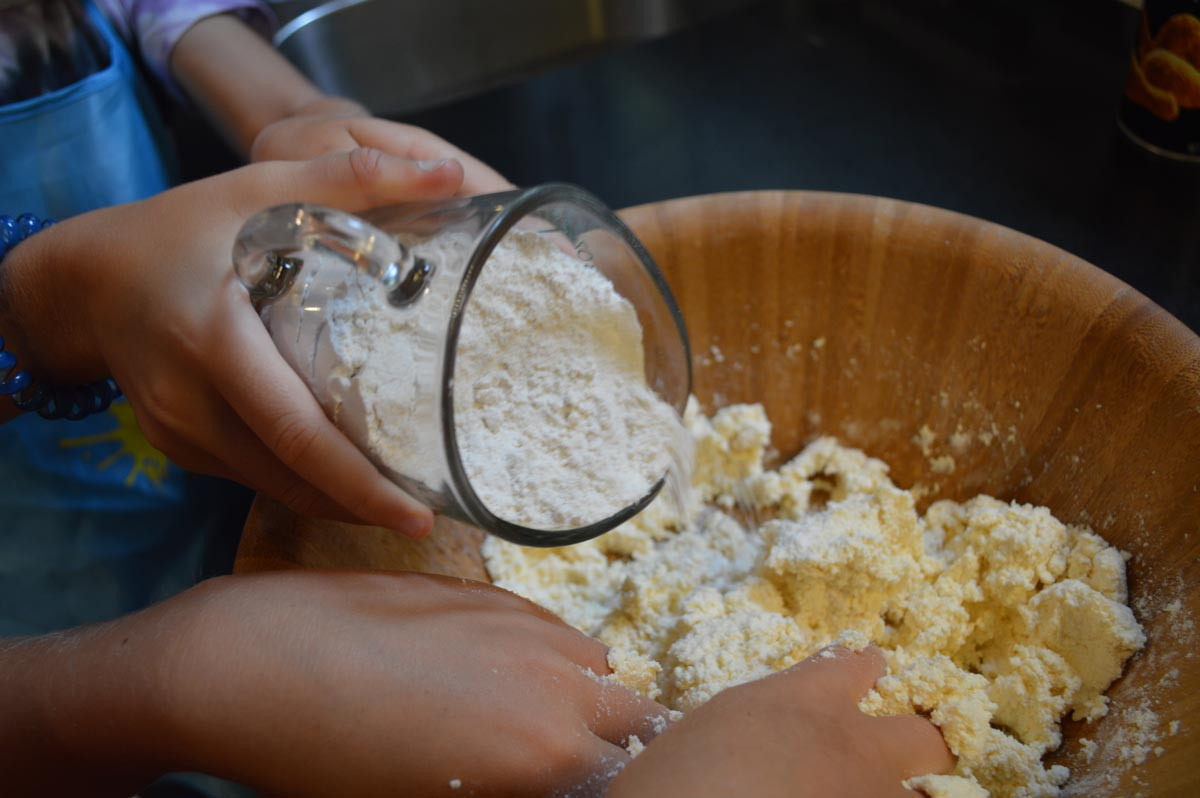 Then my son slowly poured flour into the bowl while she continued to knead with both hands. 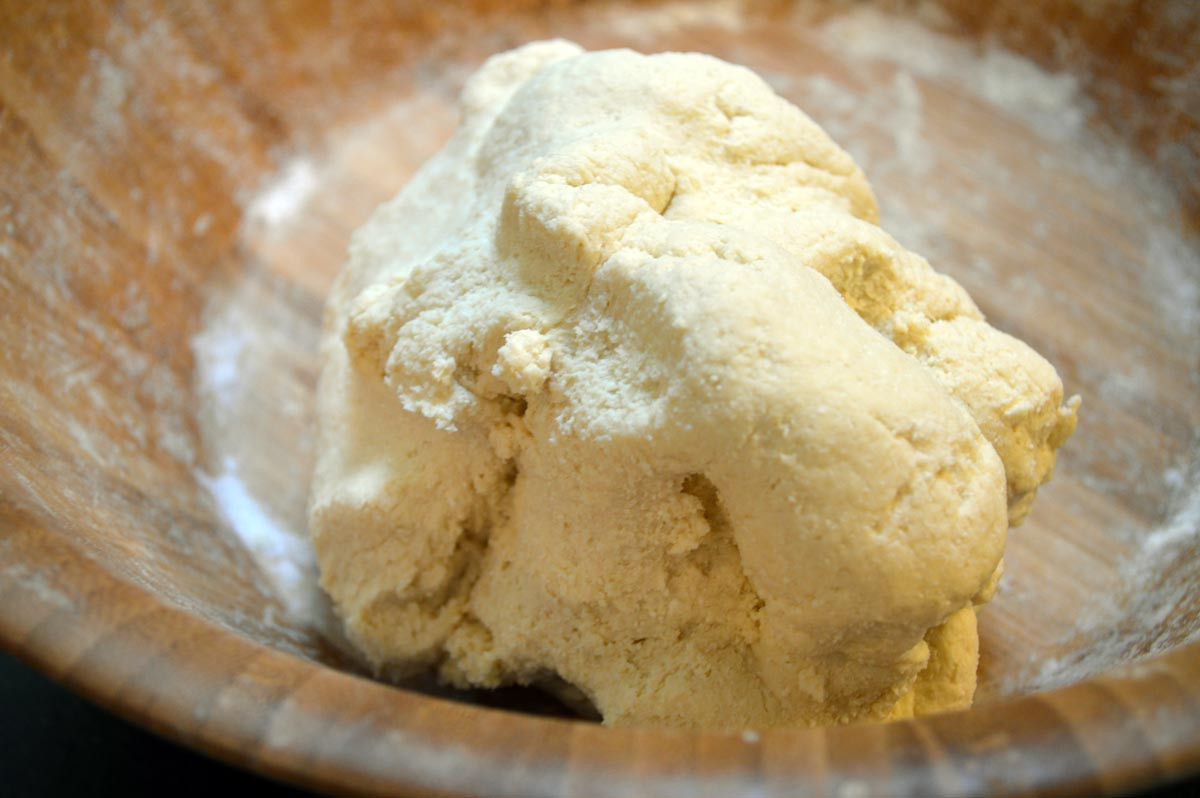 During this time I preheated the oven to 400 degrees Fahrenheit and prepared a baking sheet lined with parchment paper and some oil. 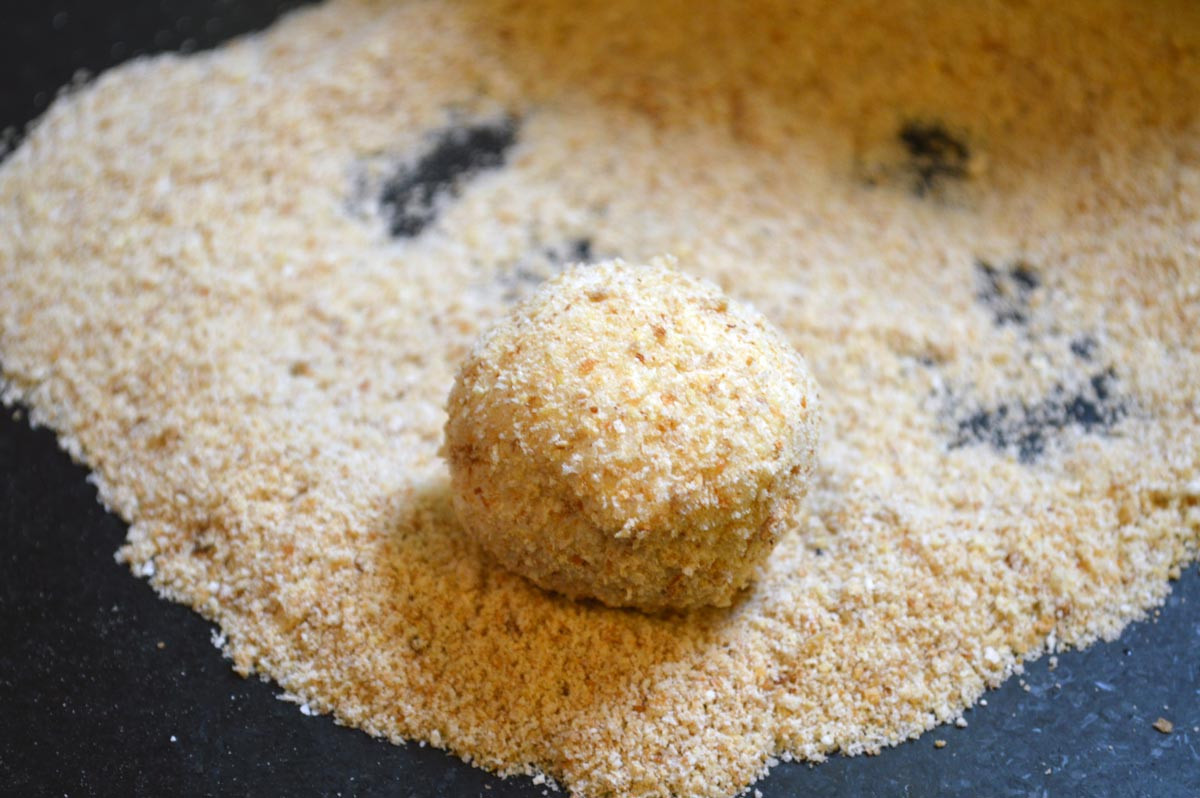 Once the flour was combined with the rest of the dough and it became a bit tough and non-sticky, the preparation job was done. Kids washed their hands while I spread about a cup of bread crumbs on their work surface. As it turned out, the cup was too much; I say ½ a cup is perfectly enough. One other tip – if you want sweeter balls, you should add one more tablespoon of sugar. 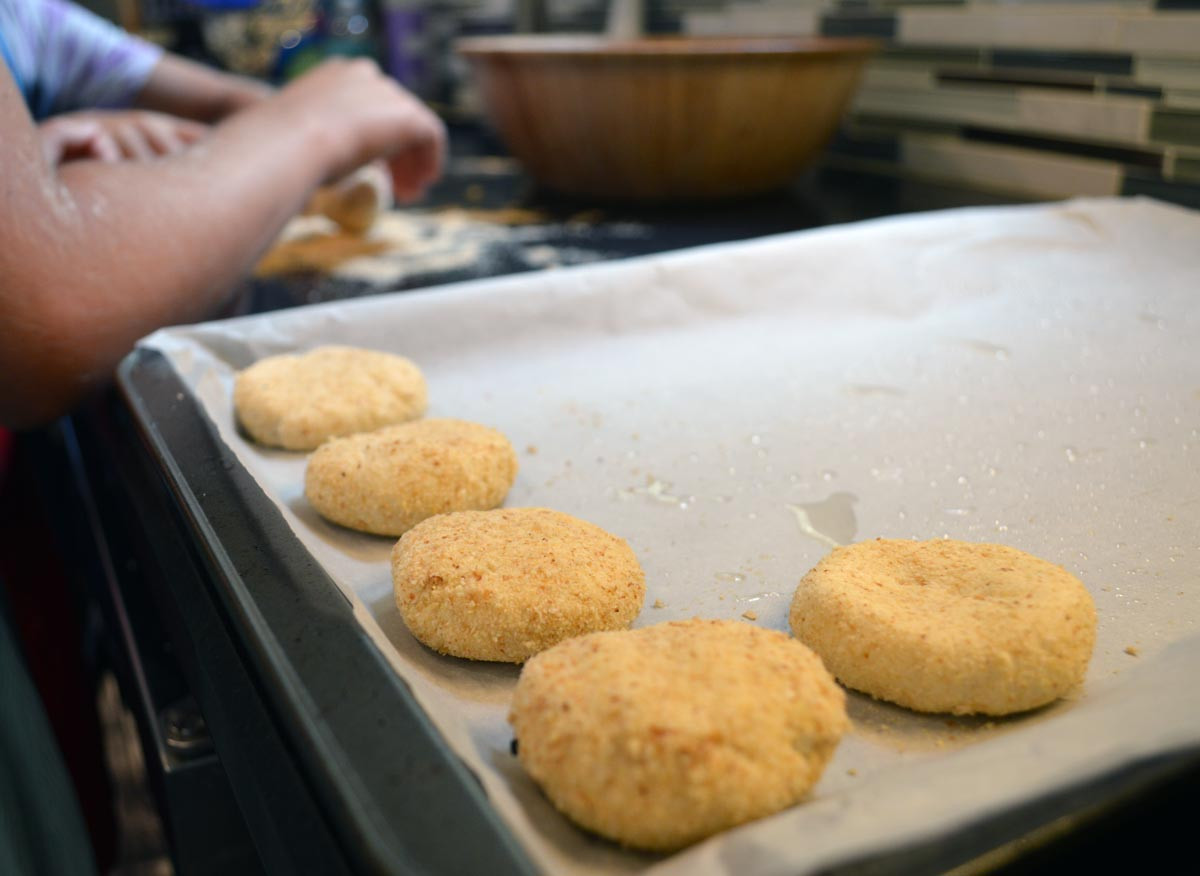 The last step is to take a medium size piece of dough and roll it into a ball in your hands. Then roll that ball all over the bread crumbs. Finally place the ball on the cooking sheet and gently press to flatten it. Do that until the dough is finished and the baking sheet is full. Kids definitely had all kinds of fun rolling the balls and spreading the crumbs all over the floor. 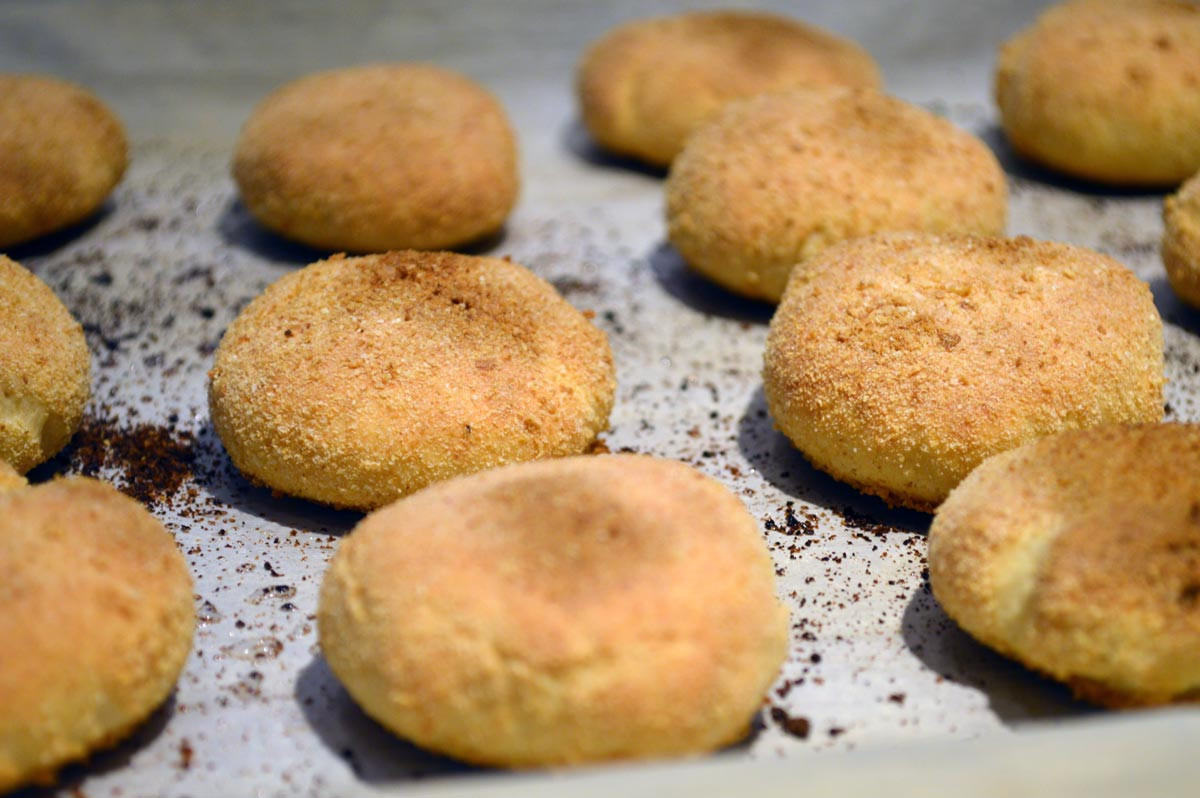 The balls bake for about 20 minutes until they become golden brown. The ricotta cheese balls are crunchy outside, soft inside, and perfect with sour cream and jam of choice!

Enjoy and let little cooks have some fun!

This pie is not really a pie, but for the lack of translation I named it a pie. It's a perfect desert or an after school snack - healthy, not too filing, and not very sweet.

We made donuts with my daughter yesterday. We used a recipe from internet and it wasn't any good. They were dry and tasted more like cake than donuts. So today I decided to show her how it's really done - in Europe.

These easy pancakes are my mom's recipe and came from Eastern Europe. Besides being simple to make, they are very forgiving, healthy, and can be modified however you want.